Well, I made an appointment with my personal trainer! So in two weeks, I'll be getting prodded and measured and all that fun stuff. SO, it seems appropriate that I should post about the lemon cake that took me TWO DAYS to make. I saw the photo on the cook's illustrated site and thought it looked amazing. Plus Lainey likes lemon, and so does Penny, so I thought I could give it to them. I'll never be a food blogger, by the way, because I took a ton of pictures and then when I looked at them all I thought, no way am I chronicling all this. Ha! So here's what I am willing to chronicle!

I don't own a juicer. I am also apparently not an owner of common sense either. Because instead of spending 10 bucks on a juicer, I did the squeezing by hand. By the way, note the awesomeness that is using our clearance price touchpad as a recipe book. 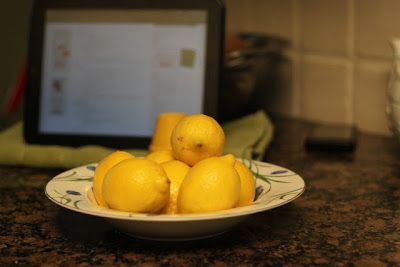 Anyway, here's the thing: it didn't take that many lemons. Oh, no. It took twice that many to get how much lemon juice I needed. I even had to take away Mike's tea lemon that I had given him. Here are my hands after a good hour of lemon strangling. 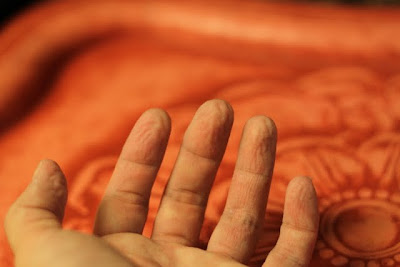 There was a whole bunch of ingredient gathering involved. I took pictures buuuut, yeah. I'm skipping them. One thing to note, though, is that I have had a significant uptick in the quality of my baked goods. When I'm doing a serious baking project, I've started weighing my ingredients instead of just scooping them. We've had this around for a while, I think we got it when Mike was making bread a lot. But I think this is the first year I've used it almost every week. 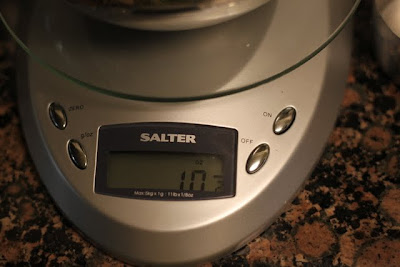 At this point, Autumn stopped by to help me stir the lemon curd. That's what all that juice was for. 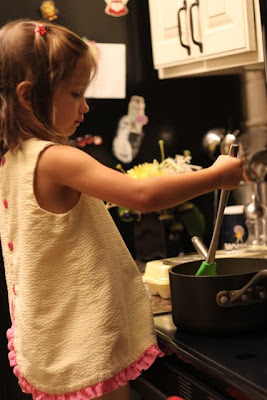 After making the curd, I got started on the actual cake. I didn't realize it until the layers came out of the oven, but they were very angelfood cake-y. Therefore, I highly recommend one of my favorite products. There are different brands but they are all basically flour and, like, pam. I am terrible at dusting pans with flour and when I saw this positively reviewed on Cook's, I bought some. I will never go back. 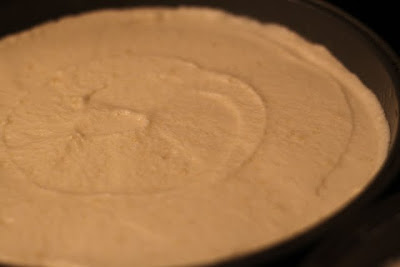 Autumn had popped on an apron to help me stir some more stuff. She did not, however, pop on a smile. This is her "go away paparazzi" face. 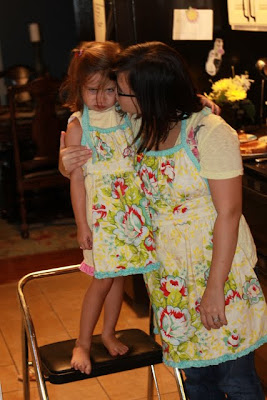 Eventually she forgave us. 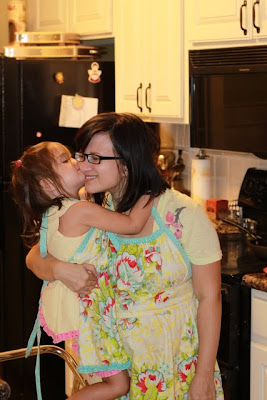 I forgot to take pictures of the curd but here it is sandwiched between the layers. I did a truly terrible job of dividing the filling into thirds. I think the top layer has about half the curd. And let's just pretend the cake is stacked evenly. 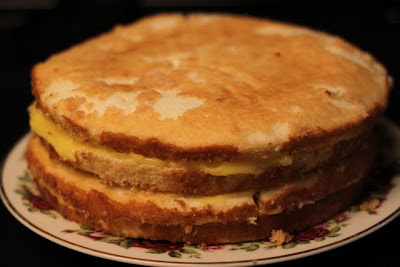 Making meringue and whipped cream is always fun for me. 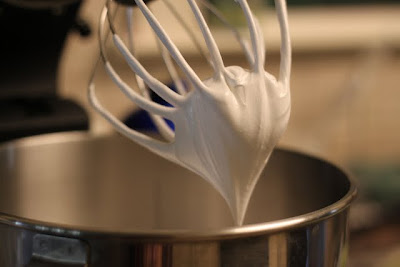 I wasn't able to make the frosting all beautiful and fluffy, haha. 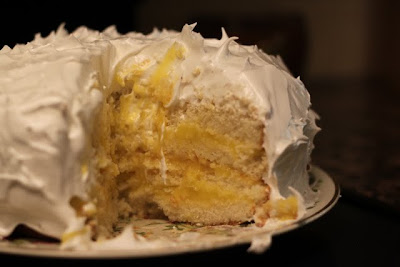 All in all, the cake turned out well, for all that it only bears a vague resemblance to the picture. Mike does not like lemon and he liked it a lot. Lainey, Penny, my mom and Stephan all pronounced it very good, although they could be lying (I'm ok with that). It was really rich, though, so I could eat very little. Our most honest critic had this to say: 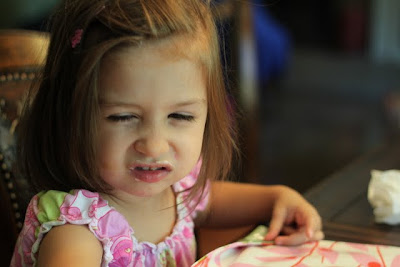 So, yeah. But she also doesn't like sour things. She loooooves spicy food, but not tart food. Once with Lainey, she took a sip of some lemonade and declared she didn't like it because it was "spicy."

Here's the recipe if anyone is interested in undertaking this in a less messy and horribly uneven manner: Lemon Layer Cake
Posted by Sharaze Colley at 8:33 PM