I Am the Face of Stillbirth: Day of Remembrance 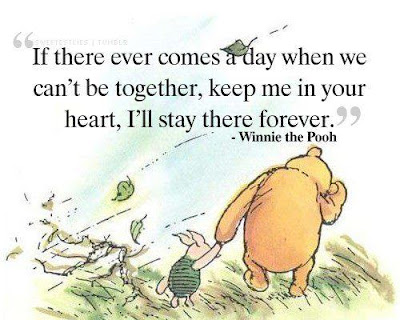 I only recently found out that such a day exists. A couple of weeks ago we got a flyer in the mail about a candlelight ceremony that took place at Baptist Women's Hospital this past Tuesday. It led me to do a little bit a research and I ran across a notice that there was something called a Walk to Remember that took place last Saturday in Collierville.

I contacted the organizer Robin Cross who is with CrossHeart Ministries (incidentally, her husband leads a GriefShare group for which is the same support study that Mike and I are facilitating for our group) to get on their mailing list because I'm interested in getting involved in raising awareness for miscarriage, stillbirth, and infant loss. Penny and I had been talking about attending a walk in Denver but, really, I'd rather do the work here.

Stillbirth and infant loss has been in the back of my mind for some time, although it never crossed my mind that it might happen to me. But we live in Shelby County which has one of the highest (maybe the highest?) infant mortality rate in the nation. Part of the reason is because of the heartbreaking amount of poverty we have in the area. Little or no prenatal care, teens having babies, all around lack of information is a big problem so they began the Healthy Start Initiative to "specifically focusing on reducing racial disparities in perinatal outcomes, such as low birth weight, prematurity, and infant death."

Now may the Lord of peace himself give you peace at all times in every way. The Lord be with you all. 2 Thessalonians 3:16
Many of you may not know that I grew up in the area where they are focusing much of the work and, in fact, my mother had two miscarriage, both somewhat late term, while we lived there. I had assumed that because I no longer lived in poverty, I wouldn't be touched by this particular tragedy. I assumed that because I am healthy, eat healthy, am fit, have an acupuncturist, live in a nice neighborhood, have excellent doctors...I assumed this wasn't going to be my story. Maybe it's arrogant to think such things but there you go. The fact is that sometimes things just happen. I may never know what caused the placental abruption, although the doctors have theories based on after the fact information.

Back to what started all of this, I couldn't go to the candlelight ceremony. I probably won't light a candle in my window like thousands of people will do at 7pm tonight. Not yet. I'm not ready. And that's okay. But for now, what I can do is tell my story. Take away some of the stigma. Open some of the doors that women have closed for centuries around infant loss. And maybe through talking and writing and walking, we can all heal together.

Which brings me to a blog I found...I think I am going to submit my story to it. There's something powerful about Faces of Loss, Faces of Hope. It's where I got the badge I've posted above and the sidebar. I'm hoping that if someone finds my blog, they find some hope, and I think it's neat that someone is out there making that happen on such a large scale. Sometimes just knowing I'm not the only one helps. Seriously, I cried when I looked at the 2000 Faces graphic, representing the 2000 women who lose their babies every day.


At our last GriefShare meeting, one of the discussion questions asked what we wanted our legacy to be as we grieve. I want the people watching me (us) to know that I hurt but that I have hope. And I want them to know where my hope comes from. I'm not sure what that looks like yet other than just living the way we have been living but we'll see.


“Life will break you. Nobody can protect you from that, and living alone won’t either, for solitude will also break you with its yearning. You have to love. You have to feel. It is the reason you are here on earth. You are here to risk your heart. You are here to be swallowed up. And when it happens that you are broken, or betrayed, or left, or hurt, or death brushes near, let yourself sit by an apple tree and listen to the apples falling all around you in heaps, wasting their sweetness. Tell yourself you tasted as many as you could.” –Louise Erdrich

I remember you, Garrett, today and every day.
Posted by Sharaze Colley at 4:26 PM