On Finally Getting Things Done! 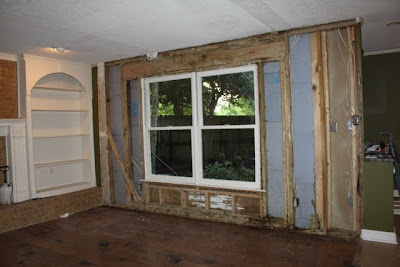 We moved into our house last July. We knew it would be a project but really had no clue what was in store for us. The day after we signed the contract in late April, there was a record rain in the area and, you guessed it, our house was one of the houses that flooded. Thank heavens that Mike's dad and I had both slogged through the storm to work at the house (it was filllllthy, you just have no idea) so between the two of us, we salvaged the boxes and most of the downstairs. The above photo is what the living room still looked like when we moved in. Actually, I believe Manuel, who worked on most of the house and is amazing, had discovered old water damage on the ceiling and, by the time we moved in, the ceiling had been removed from the living room and the breakfast area so that part of the house was plasticked off. 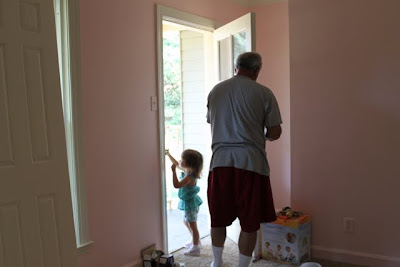 Autumn "helping" P'd put install new door knobs in the room she has yet to move into.

Incredibly long story short, the house isn't quite done yet although it's all liveable. However, since I got pregnant and roaringly sick in October and then you know the rest of the story, a lot of the house has been in flux and not at all organized. Autumn's in the nursery still but we're trying to get her future room emptied out so we can move her Aunt Lauren's old stuff in there. It's been a staging area ever since mice invaded and ate the boxes we had in the attic and I replaced everything with rubbermaids; seriously, I think this house is built on an ancient graveyard. I've spent the last two weekends sorting baby things that never got used, putting away summer things, separating Autumn's too-small clothes, and deciding what's to go to a garage sale and what's going to be a hand me down to someone. It's a little bittersweet, like many things, but it feels good to be getting Autumn settled in and having things a little more organized.

I'm trying to get a number of projects done before the holidays so I have this big list I am working through. I'm not sure I'm going to get there but I work better if I have goals and set dates for them so I self-police, haha. I've been able to mark a few things off the list. 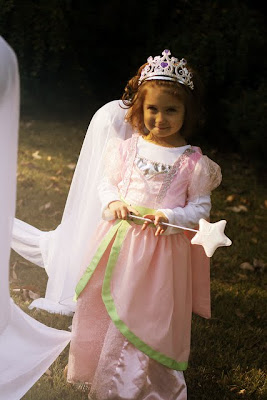 I made Autumn's Princess Presto (with spelling power!) Halloween costume out of a torn princess dress, a yard of pink fabric (for the flounce and the cape), ribbon, and purple fabric paint. It was pretty fun and she loves it. I've had to wash it twice since I made it! 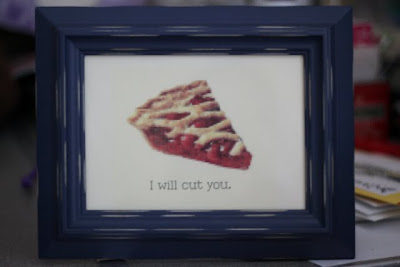 This one was a long time coming. I saw a cross-stitch with something similar to the picture above and decided Elizabeth (my brother's wife) had to have it because the "I will CUT YOU" thing has been a long-running joke for us. It was only about 9 months late for her birthday. :P I haven't cross-stitched in years so I decided to learn how to photoshop it. I found an image and did some stuff to it (totally technical terms) to give it the cross-stitch look, printed it on linen paper and then framed it. I wanted to give it a more cross-stitchy (also a technical term >.>) frame but couldn't find one and decided not to delay sending any longer than I already had! 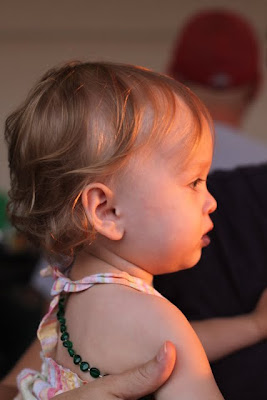 Last year, I taught myself how to make silhouettes. I decided to sneak a profile shot of Roxie while Mike was holding her a couple of weeks before my sister Valerie's birthday because I thought she might like one. It really wasn't the best picture for silhouette making. 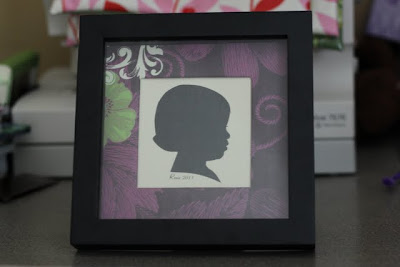 I made it work, though. I had a seriously hard time with her hair. I told Valerie that if she wanted, I'd do a photo of Roxie against a solid backdrop so I could get the curls in the silhouette in a less solid manner. I also matted the frame with the paper. I had seen someone do a similar thing on one of the design blogs I read. Here's the one I made my mom, Nanny and Lainey last year of Autumn: 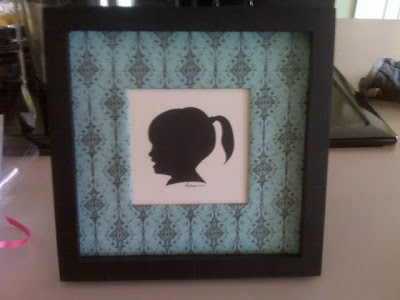 Fun stuff! Whenever Mike sees me doing these things he just shakes his head and says he doesn't understand why I think it's fun because it looks tedious. I told him that some of his computer stuff looks tedious to me so I guess it's just a matter of taste!

So, I'm getting things done and it feels good!
Posted by Sharaze Colley at 9:01 PM