Survival of the Fittest, of a sort

We're coming into what is undeniably going to be the most difficult time we've had since what would have been Garrett's one month birthday. For whatever reason, maybe because at Christmas we get presents, ha, I'm less interested in Thanksgiving than Christmas. I'd really just like to hole up at home on Thursday and eat a turkey with Mike and Autumn but getting together with family is probably going to be much more therapeutic than I think it will be. It got me thinking about some of the things that I do every day to cope with life and its bumps and valleys and thought I might write about some of them.

Talking to the counselor, it seems like I do a lot of cope-y things naturally--or have learned them from other difficult times of my life--but one advantage to having these appointments is that I've been much more mindful about really taking care of myself. I do little things that help and might sound silly to some people. Like, for whatever reason, our house can have a certain smell after it rains (old house=occasional mustiness) that reminds me of being pregnant and having morning sickness. So, I refilled all the scenty things that Mike's mom hid around our house while I was in the hospital with a fresh linen scent and added a heated scent thingie to the main smell culprit, the hallway. Mike suspects I might be a little crazy but I tell him that since I can't see very well, I have a very powerful sense of smell to compensate. :D Anyway, here are some other things I've been focusing on the last few months that help me/us cope with all the upheaval:


Good music
We generally fill the house with music. Mike and I are pretty eclectic with our tastes, too. Like, you'd probably be surprised that Mike really likes house music. Who'd have thought, right? Things were pretty quiet around here at the beginning of the summer because I just couldn't handle much noise while I was really getting better. Now we listen to a lot of disney music/broadway tunes on pandora when Autumn is awake because that's what she's into right now (for a while it was Kings of Leon and before that it was opera, of all things!) but I have my own pandora and grooveshark lists I listen to while I write or work. The playlists I've made since June aren't quite the same as my pre-June playlists...it's less hard rock and dance music and more melodic rock, songs that makes me smile, and songs that bring back memories of a time when life was more carefree. Although I do occasionally get in the mood for some energy music. :) 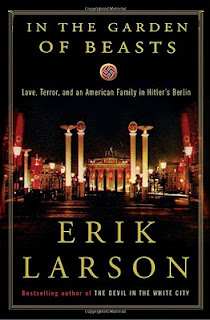 Good books
I've always loved to read. Always. Growing up, it was my escape mechanism from drama at home and what kept me sane during some less-than-ideal school situations. Anyway, a couple years ago I read 100 books in a year as part of a goal. I got it that one time but I doubt I will ever do it again! I had a really hard time reading in the months after we lost Garrett. Some of it was being on pain meds and the fact that everything exhausted me. I kind of got concerned about it and decided if I didn't get the desire to read back sooner than later that I'd consider it a sign of a problem. But, it ended up being okay. Once I got a little healthier, I read a few old favorites that I was able to just pick up and put down easily. Then I moved on to some easy young adult reads to accommodate my short attention span which, looking back, was also a grief thing, I think. I'd be doing something or listening to someone and just drift off and be startled when I kind of snapped back to it. After the series of young adult books, I haven't read a ton of fiction, but for whatever reason, I've been reading the heck out of nonfiction. I'm usually a 2-3 fictions, then a nonfiction reader but I've been finding most of my books in the new nonfiction part of the library. Honestly, I'm just glad to be back to one of my favorite activities.

I have more to say about good friends, good family, good activites, and what happens when all these things are not enough but I think I'll leave it there before this becomes a novel! Until next time!
Posted by Sharaze Colley at 7:44 PM