What Not to Say to a Grieving Parent, Part 5 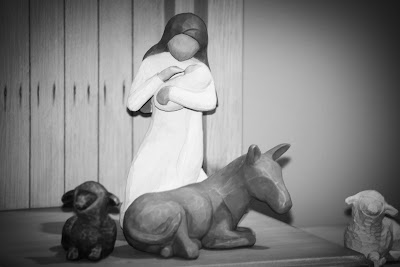 I couldn't heal until I had another baby...

I suspected this was the case the day they told me that Garrett had died: barring a major medical breakthrough, Autumn will be our only biological child. I'll do another post later with all the details, but that's what it boils down to.

Oh, you'll have more children...
What bothers me about this first What Not to Say is the dismissive nature of the person who shrugs and casually tells us we'll have more kids. First, they make the assumption that we can have more children and that isn't always the case for a variety of reasons. And second, even if we had 20 more children, none of those children would be Garrett. I would imagine women who have had miscarriages at different stages face this...but the reality is that whether the loss is at 10 weeks, 25 weeks, 34 weeks, or any time after birth, that baby is that baby. There's no replacing a life. Ever!

I couldn't heal until I had another baby...
I've had more than one mother who lost a baby say this one to me. I sort of get it, don't get me wrong. But I wish, wish, wish that people would think before they say such a thing. After the first time I heard this one, I went home and told Mike it was ridiculously depressing because it felt like being smacked, that no matter what I do, I'll never really recover because I can't give birth to another baby. I know this isn't true but those are the irrational thoughts that flow through my head sometimes. And the look of pity on the person's face when I hesitate and say that we can't have anymore children...that's even worse. Because even if I know I'm going to survive, it feels like that person is condemning me to a life of misery and regret.

I've come to terms with our medically imposed infertility but those first few weeks of dreading the above statements or "when are you going to start trying again?" or "are you pregnant yet?" were a whole lot of not fun. Really, all of these What Not to Say posts can be boiled down to one thing: think before we speak. It's a lesson I am teaching myself as well because heaven knows I put my foot in my mouth all the time. Both of the comments regarding children could have been avoided if the speakers had considered that there might be a reason I can't just go out and get pregnant again or, heck, that I might be too darn scared! Again, for the most part, I don't think people (most people, at least) say any of these things to be malicious. And you'd be surprised the things a person says by mistake that are softened by an obvious heart of love and concern. Actually, I generally choose not to be angry because I know that people are only looking out for the best.

Coming soon! The winding down of What Not to Say to a Grieving Parent and What's Next for the Colleys?
Posted by Sharaze Colley at 11:38 PM

Email ThisBlogThis!Share to TwitterShare to FacebookShare to Pinterest
Labels: awareness, garrett, what not to say