Oh, wow, what a weekend. The long awaited Lemonade Party was yesterday! Autumn has been asking for and planning a "lemonade party" since the day after last year's party. In January, we started doing some looking and came up with a fun little party! 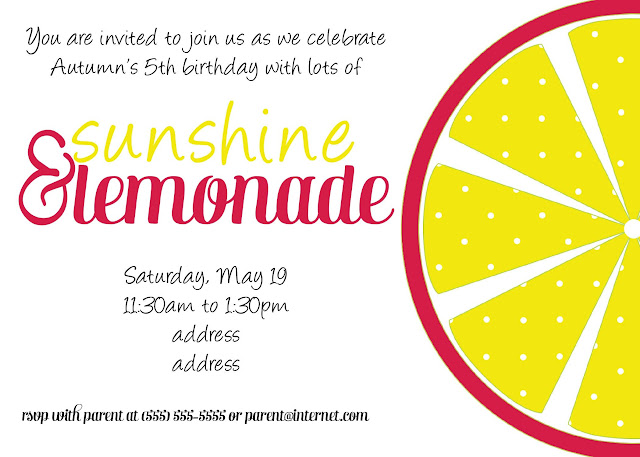 Lainey and I had so much fun doing this theme. The party itself was pretty simple since I was on a pretty tight budget. We just served hot dogs, hamburgers, fruit, and chips which we put on different outdoor countertops. And cake, of course. 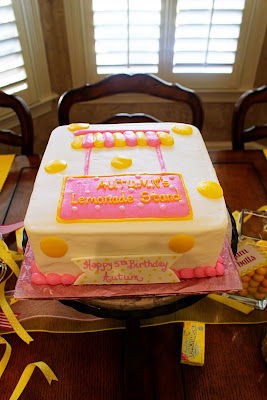 How cute is that cake? There's a lady Lainey has gotten Autumn's cake from every year except her first year when I made the cake. 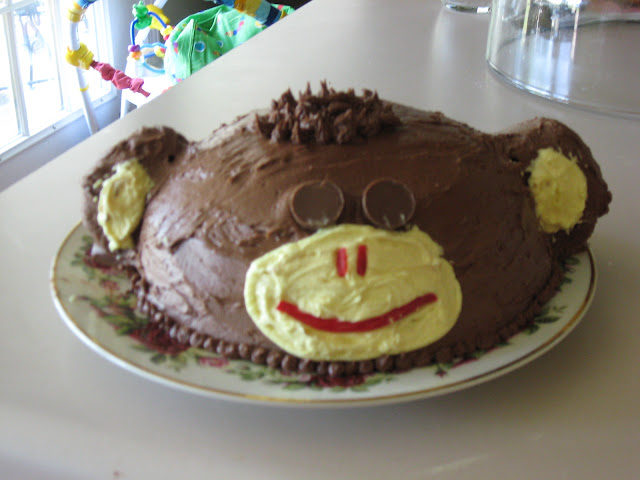 You can see why I didn't do that again. :P Anyway, lemonade. Lindsay mentioned doing labels for people to write their names on which was great so I printed off some labels and got some twine. I loved the idea of mason jars and the paper straws. So cute. 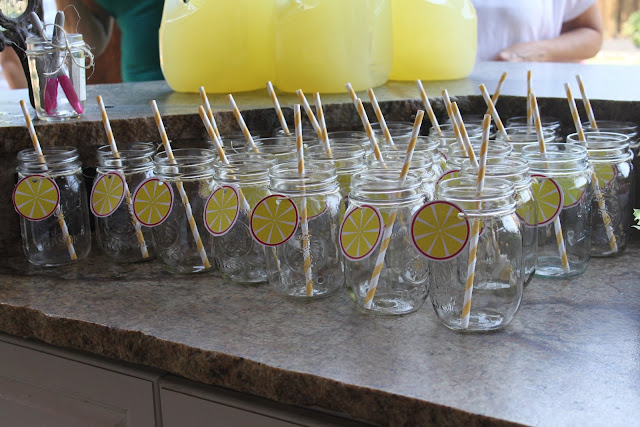 We only really served lemon water and lemonade. Lainey had these adorable jars with spigots, too. 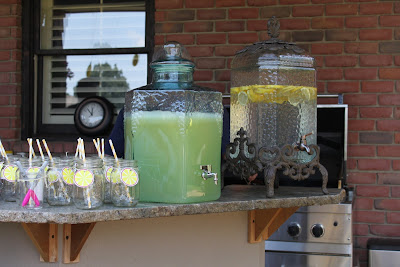 My brother and his wife got Autumn a cute lemonade stand for her birthday. We had a great time putting it together and decorating it. I'm particularly impressed with how well she lined up those lemon slices. Penny wanted to do face painting so I set it up as a booth and made the banner. 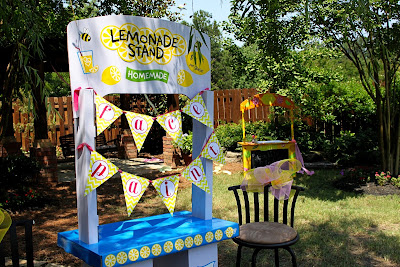 I made a matching banner and, at Cheri's suggestion, put it at the entrance of the back yard. 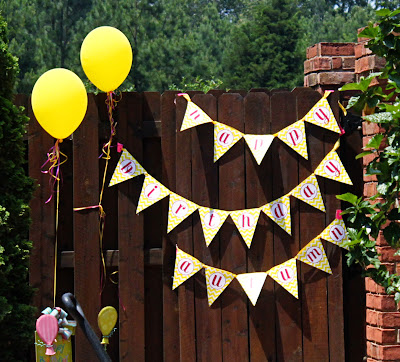 Lainey found this adorable stand, too. I set it up as a little bubble art station for the kids. I got those colored bubbles from crayola. I heard they are really messy so I thought it'd be fun to blow them onto some sheets of white construction paper. I thought about making the bubbles but decided I had enough going on, haha. 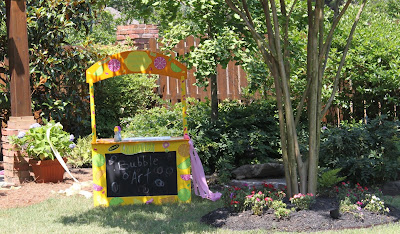 Instead of favors, I bought some candy that I put in jars I already had and put together a little favor bar. Cheri thought it'd be pretty to set up the candy around the cake and, oh, man, she was right. The photos totally don't do it justice at all. 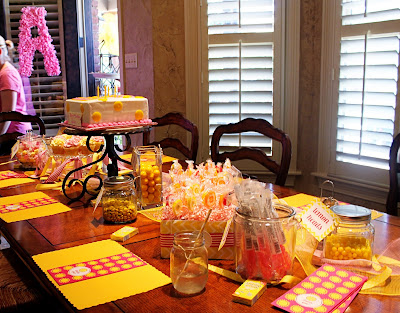 Lindsay (who is Mike's sister, by the way) made that A on the door in the background. How adorable is that?? Here are some shots of the jars and the cards I made to put on them. 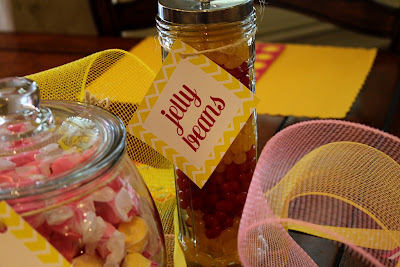 The lollipop display is flower foam with the chevron pattern from the banners (I made it in photoshop) wrapped around it. I put the crinkles in to cover up the green of the foam. 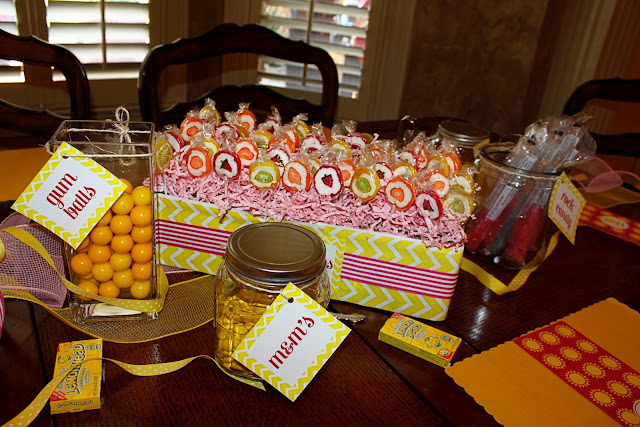 And I'll break it off here because this is getting long but I wanted to show all the printables I made! I'm going to put them on my etsy shop as soon as things calm down a bit, haha. The last one is the sticker for the favor bag. I took the same lemon as the drink tags and invite and made little thank you circles and printed them on sticker paper. I used to use adhesive circles but I have a hard time getting them aligned when printing so even cutting these out was easier overall. Penny found the treat bags in the dollar bins at Target, can you believe it?? And the placemats were just paper ones from a local party store. Not too shabby! 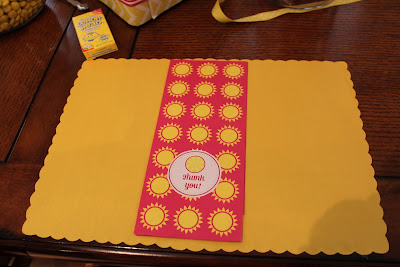 I'll probably put up a part two but I'm so happy with how this turned out. So is this little one! Who is, by the way, in her gift from Lainey and P'd. :D 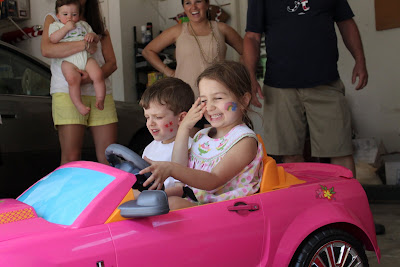 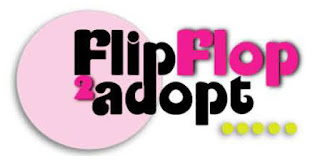 Don't forget! Flip Flop 2 Adopt is still running! Click on either of these links for info on how to buy AND to enter the giveaways: