First, thank you all for last week. What an amazing eight days! I learned so much about God's comfort and about how grief touches those around us. I am also pleased that after writing so much about what not to say, that I can showcase so many who do know what to say and, more importantly, do. 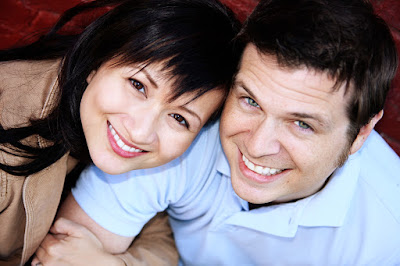 "The best thing a father can do for his children is to love their mother." -John Wooden

We all know by now, I think, that I am crazy blessed in the dad department. Mike is a wonderful papa who loves his little miss and who grieves honorably and openly for his son. Mike's dad is everything a dad should be, a living embodiment of Matthew 7:11: "So if you sinful people know how to give good gifts to your children, how much more will your heavenly Father give good gifts to those who ask him." Seriously, I think of that verse all the time when I am with Mike's dad. I also have Boppa, Mike's grandfather, Stephan who is more than a boss and aikido teacher, and numerous others who have stepped in as a father in many ways. And, although he struggled a lot throughout his life, I do have lessons I have learned from my dad who passed away 6 years ago as well as some warm memories.

I never know what to get my moms and dads for mother's day and father's day because, for one, how do you get something meaningful for such great people and for two, I am a terrible gift giver! You know how there are people who seem to give just the right thing? Yeah, that's not me! Maybe once in a while I can but I just don't shop well or often. But it is a little easier these days because I can do things like get Autumn to paint pictures and make things and that's fun for me and for them.

This year, Autumn did her paint thing and we also made the most amazing homemade twix bars!  Mike isn't a huge sweet eater (P'd looooves chocolate) but he does really like Twix bars. So do I, but that's no surprise. I just like sweets. And, really how could anything with all THIS in it NOT be good??

Now, I meant to post this in time for the printable to be available for you if you wanted it but I'll have it ready for next year, assuming people are still reading here then, haha. Here's the printable I put on the jars: 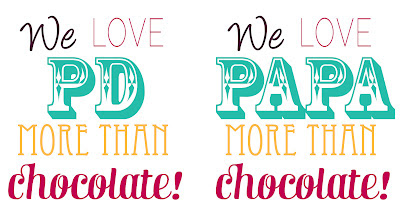 I'll tweak it a bit before making it available but it turned out pretty cute! 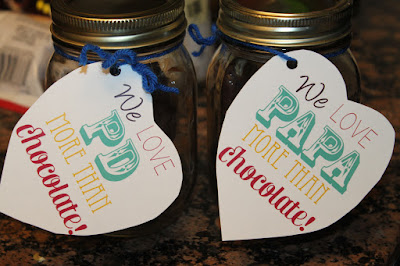 We made hearts but I think if I did it again, I'd do smaller squares. Not that Mike or P'd cared...that jar was full of deliciousness! The recipe is in the link above. I'm not going to repost the process but it was quite simple to do. Autumn helped so I think if I were doing it on my own, it would have been even easier. 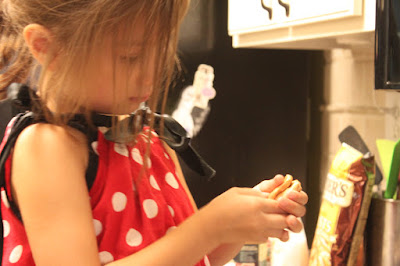 We ended up piping Nutella into half of the caramel/pretzel channels and Cookie Butter into the other half. So good. I liked the Nutella ones the best but Mike said he liked them both equally because the Cookie Butter had a small spicy kick. 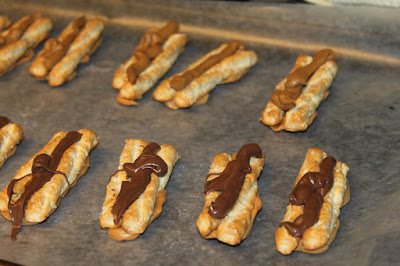 Once they were dipped (which I am absolutely wretched at--too impatient, I think), I sprinkled the Nutella ones with a few blue sprinkles to make sure they stood out. I decided to save some time by using the Baker's melting chocolate in the disposable bowl and it was still good. Next time I might try the Ghiradelli chocolate I normally use.

After the chocolate set, I had to tried one. Mmmm, oooey, gooey chocolately goodness. 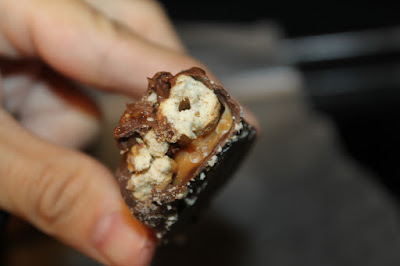 These are dangerous! And delicious! Dangerously delicious!

Posted by Sharaze Colley at 7:49 PM