One Year Later, the Guest Posts: Donnie and Liz

This post is going up late, my apologies. Today was an epic day beginning with flip flop deliveries through storm-torn neighborhoods and ending with teaching some aikido. Craziness!

Today's post is a collaboration between my brother Donnie and his wife Liz. It's a cool thing to count a sibling and his wife among your closest friends. Hardly an event has gone by in the last decade, even since they moved to Vegas almost two years ago, that Donnie and Liz don't feature prominently. Although Donnie and I had some friction growing up because of it, our similar personalities and interests are a neat link now that we're adults. Except, his photos are about a million times better than mine. Seriously, check out his photostream. Right now it's mostly cars but that link will take you to a really pretty photo.

So much of the week that Garrett died is a blur to me because of morphine and trauma that posts like this one and Tamara's are absolutely fascinating because I either don't remember or didn't know some of this. I know that when I heard they were coming, I was so glad Donnie and Liz could come because, well, we just wanted them here, but in my garbled state at the time I thought that it was a long trip to make for a funeral. I think it was because they already had tickets to come in July after Garrett's due date so, like Christine's visit, it wasn't one easily made with juggling work and tickets and emotions. Like I said, I was glad they did. It was nice just to have them around. Like comfort food except people, except not as weird and cannibalistic sounding!

Donnie and Liz, you guys are a blessing. Thanks for being with us in the little things like D3 and the big things like this. 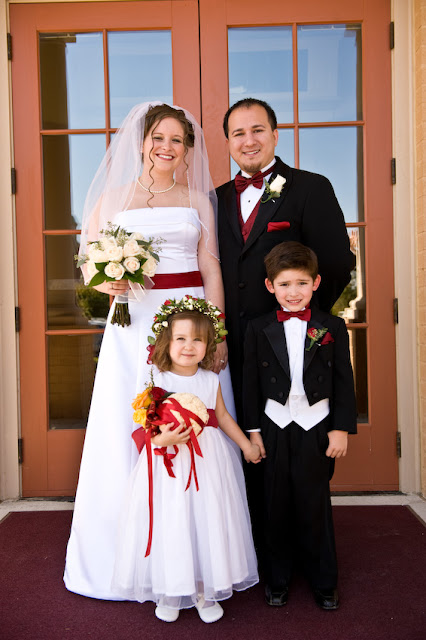 When we received the phone call:
Getting a phone call from Mike is out of the ordinary. Our reaction to the question "Who is calling?" was "OH! It's Mike!!" Unfortunately, this phone call was one we'll never forget. As Mike took a shaky breath, he whispered “We lost Garrett…” Which is not what we were ever expecting. Hearing that, our hearts sank and could only muster "What?" to the news we'd just received... Mike briefly explained what had happened in the last few hours.  We expressed the one thing going though our minds after Mike took a short breath, “We are so sorry…is Sharaze okay?!” Mike was not able to properly convince us that she was, but did say he would keep us updated.  All we could think to tell Mike was, “Let us know if there’s anything we can do, we’re praying for you, we love you guys…”  When the call ended, that’s when we broke down and we felt so helpless. It did not feel right being so far from home...we immediately started looking at flights, tried to gather our thoughts and see if there was anything we could do until we got there. Donnie called Mr. Colley, Mike’s Dad, for updates. Being productive at work up until we left was impossible.  We watched the phone, waited for Mr. Colley to text or call...truthfully, up to the time we left nothing made sense.

Fast forward to arriving in Memphis:
We headed straight to the hospital. Seeing Sharaze in the hospital bed, her skin a shade of color we'd never seen, we felt as if there was nothing anyone could say to us that would convey the last few days. There is no way to describe our realization that life can change so quickly and without warning. As the next few days were a blur of hospital visits, Sharaze’s color seemed to improve. She was released from the hospital on Friday and the memorial service was held Saturday morning at Memorial Park. Being there with people we knew and some we'd never met before, it was amazing to see all the people who love and support Mike, Sharaze, and Autumn. The pastor did a fantastic job and we were able to celebrate Garrett's life.

The past year and future:
We struggle to find words to explain how broken our heart is to know Mike, Sharaze and Autumn lost Garrett. “How/Why could this have happened? Of course, we’ll never be able to answer the many questions that race through our minds. We are sad we did not get to meet our nephew Garrett but ultimately, we are grateful that Sharaze is here with us.  We'll always love and cherish Mike, Sharaze, Autumn, and Garrett.

Email ThisBlogThis!Share to TwitterShare to FacebookShare to Pinterest
Labels: garrett, guest post, one year guest posts, the years go by