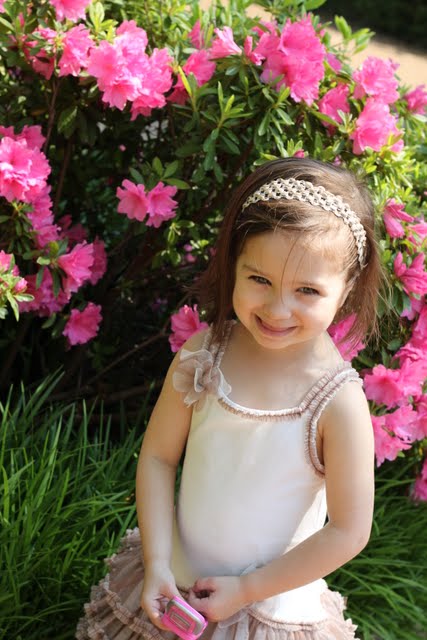 I don't have a good photo of the space where we will eventually have a memory garden but these azaleas are on one side of that space. The former owner of our home is a well-known landscaper and he did a LOT to the yard, but there are a couple of spots we had to dig up because of drainage issues and the area we'll be making a memory garden is one of those spaces. Kurt, who landscaped Mike's parents' house and who helps us out with plans or by doing things we can't do ourselves, was the catalyst for the project. When I was in the hospital, Kurt was so distressed when he heard that he went out, got a huge hydrangea bush, and planted it in our backyard in memory of Garrett. I cried when I found out. We're going to put in some stones of remembrance, with our wedding date, Autumn's birth date as well as Garrett's, and stones for important milestones like the $1450 we raised during the flip flop fundraiser. 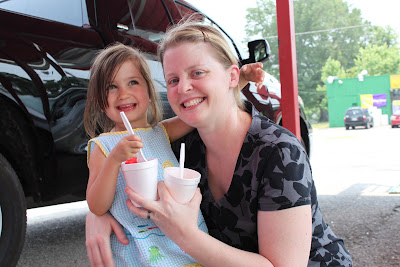 I've been ridiculously blessed with friends. Everyone who participated in Garrett's memorial week in June, our families, church, our community group, friends we have made over the years--some are friends I have never even met--came together and helped, prayed, supported, sent gifts, sent food, so many, many blessings. I was also blessed with amazing care givers. I wouldn't have lived without the incredible doctors and nurses at Baptist Women's Hospital who cared for me and cried with me in the aftermath. And we can't forget Mike and Autumn. Mike took wonderful care of me and Autumn is a huge chunk of the reason we all can smile. Chuck Sullivan of Acupuncture and Healing Arts definitely played a key role in my recovery. I decided, though, to picture Penny. :) This photo, by the way, was two days before Garrett died.

Penny didn't just take care of me with Garrett, she did it when I had Autumn, too. I haven't told that story but I will sometime. Penny is a nurse and after both births, she kept track of my stitches, took my blood pressure, consulted with Mike, made sure I was still smiling, brought us "happies," played with Autumn...the list goes on. She's the one I called when I needed someone to keep Autumn while I went to the hospital, when Autumn dislocated her elbow, and YESTERDAY when Mike sliced his hand open! She spent the whole time we were at the ER texting me, giving us the lowdown on what would happen, how to care for the wound, and telling us she could remove his stitches. Penny's also the one I call when crazy messes go down, when I just want to talk, or when I feel like she might need to vent some steam. Just the other day, we talked about how great it was to have a friend you can say anything to, haha. Anyway, thanks, Penny, for being the friend who cares for me in lots of ways!


This blog post is for the worldwide blogging event Capture Your Grief in honor of Pregnancy and Infant Loss Awareness Month.
Day 21: Altar/Shrine/Sacred Space Share a photo of your special place  in your home/garden for your baby/ies/child/ren.
Day 22: Place of Care/Birth The place that looked after your you whilst you were pregnant. Share a photo of those who took care of you and your baby. This could be a midwife/doula/friend/partner.
Posted by Sharaze Colley at 6:52 PM