We had a great time at the seminar this weekend! While I get the pictures and videos together, I decided to finally put up the things I made for Nanny and Boppa party. It isn't much but it was so fun! Lindsay and I put together some banners using her cricut. Lainey didn't really have a color theme--the favors were yellow and red, the invite was pink, green and black, and the cake was Alabama colors. But there was scrolling of some kind on everything. My friend Christy who is an artist went with me to Hobby Lobby and we picked out papers that covered the spectrum of colors. 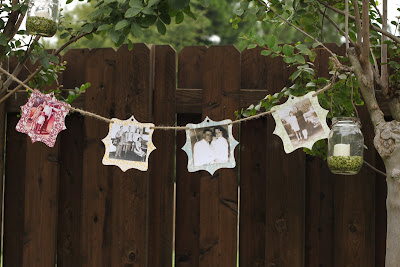 I have to say that the best thing about doing this was getting to see the photos of Nanny and Boppa through the years. It was so neat and, in a way, bittersweet to see them in the stages Mike and I have been through--and will hopefully go through. 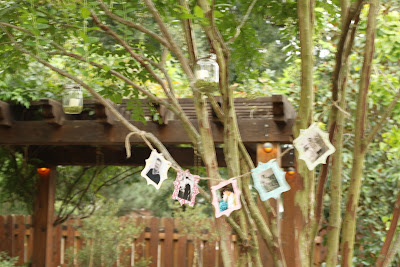 Here's Nanny's birthday banner. I originally thought it was going to hang like

Happy {80} Birthday
Nanny
So the circle with the 80 in it looks a little crazy! 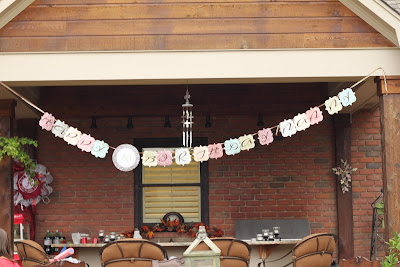 The other banner was for their anniversary. The idea of making another banner with individual letters made me tired, so this is what we made. 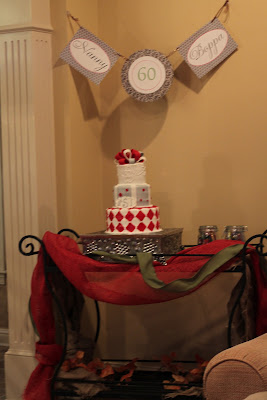 On the table, we did these records and I made a label. Lucky me, I found a photo of Nanny in high school when she was in a band with her family! 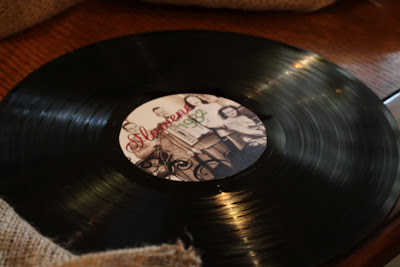 Here's the photo up close. I didn't bother trimming the fuzzy circle part or the edge of the scroll because we were going to cut it anyway. 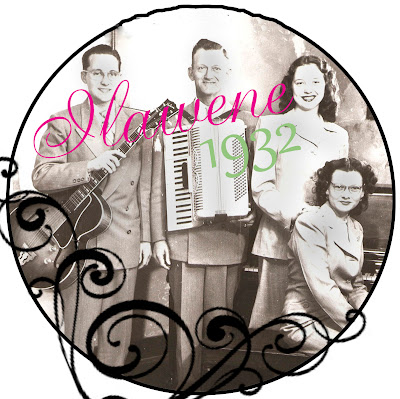 We alternated placemats on the tables. I loved doing this. The pictures are so cute! 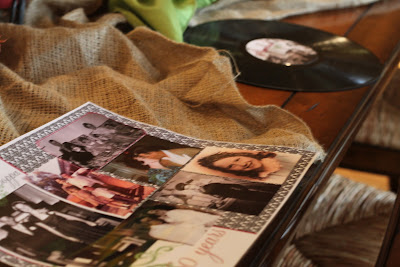 And the up close: 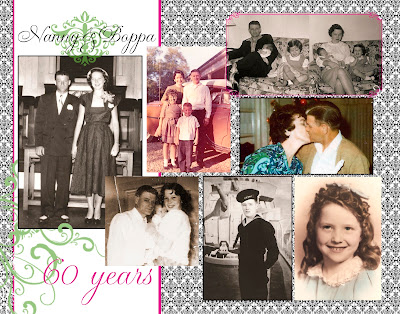 We also blew up two great photos of Nanny and Boppa in their early 20's. 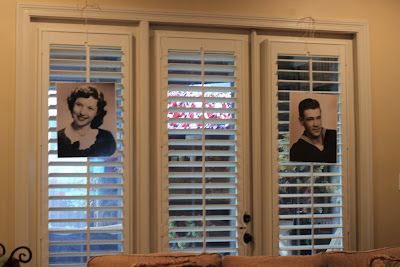 Lainey ordered one of those decade candy packages and spread them out with some of the framed photos I conned out of Nanny. 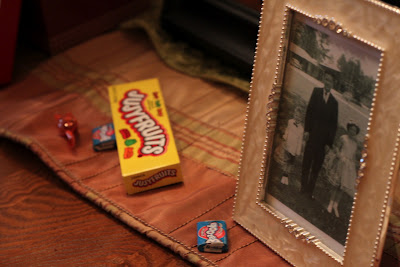 And I just thought this was pretty. 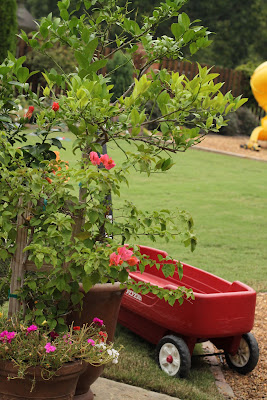 There was a lot of other decorating...pretty arrangements, things like that. But this covers my contribution! I'm glad I got to be a part of their celebration! 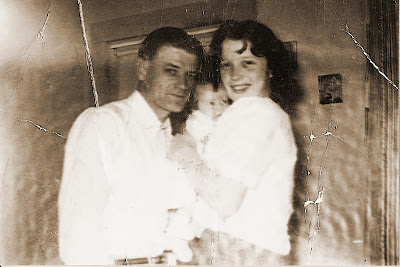 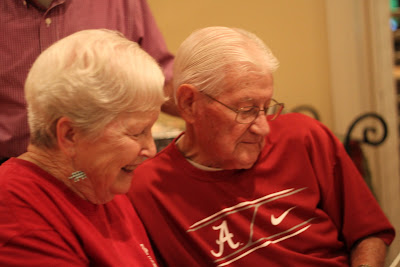 Posted by Sharaze Colley at 8:03 PM