It's Official Enough to Name Him

I know so many have been waiting on an update and I am so sorry!! I'm finally caught up on phone calls, emails, and texts...I think! If you have contacted me but haven't heard from me, definitely prod me!

We met our birth mom, I'll call her K, at noon today. The meeting went better than anything in my wildest dreams. We talked for 2 hours with almost no awkwardness or lag. She loves her three children at home so much and is such a great mom that we can only feel honored that she'd trust us with her son. I couldn't feel any better about having an open adoption than I do right now. I might not feel this way in a few hours but at this moment, I feel incredibly calm and comforted. It isn't only a great meeting that has brought such peace. It's also you, your messages, your prayers, and the amazing grace of God. Thank you. There is no sufficient amount of thank you that I can give to all of you.

As of right now, we are planning to bring home our son 10 days from when K can make it court to sign the paperwork. She and the birth mother counselor have already called to set the time but the chancery court didn't call before the end of the day. If the appointment is tomorrow, the come home date is Friday, January 25. If it is any other day this week, it will be Monday, January 28, because of the weekend.


I've got a lot more to say but for now, how would you like to know his name? We went around and around with a name. Mike had his heart set on the name Grant. I wasn't really feeling it until my friend Christine mentioned that she liked the gift aspect of the name. Mike mainly just thought it was a great name and I've been so flustered I wasn't thinking at all. But I always wanted a name that meant or indicated a gift or joy or laughter.

Autumn has my middle name for her middle name. And Garrett was Garrett Michael. We bounced around Grant Michael but that's way too similar. I told Mike I loved the idea of our baby having a family name. We went through a few of them and finally settled on one that was mentioned Saturday. Boppa's name is Nolan. I like that name a lot and I love the idea of our baby having his name. When I talked to K, she said that she had chosen a name but that she didn't have any attachment to it and asked what we picked. We told her, and told her the story behind the name, and she approves. So, it's official. I might have to get Mike to write about telling Boppa that we were naming the baby after him because it's a great story. 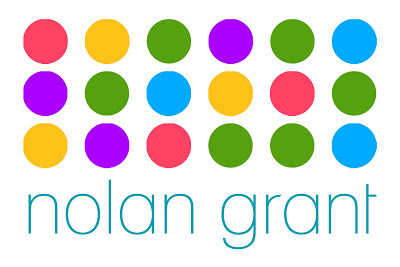 This afternoon I texted Grant's interim caregiver to find out the best way to communicate with her and told her my name and that the social worker gave me her information. The caregiver, I'll call her A, texted me back, "Are you Grant's mom?" My heart almost fell out through my feet. I got to call her and talk to her and A says Grant is a sweetheart, quiet and happy, rarely cries. She told us to sleep with a blanket to bring to him. I'll do that and pick up a lovey tomorrow for Autumn to sleep with. I think Mike and I might try to meet Grant in person Wednesday and Thursday A invited me to his one week pediatrician appointment.

This is just so unreal!!
Posted by Sharaze Colley at 9:01 PM