It's really been a while since I made a dress from a pattern! I saw this lovely, vintage inspired pattern called Juliette's Dress by The Lily Bird Studio on Etsy a couple months back. I eyeballed it a while for two reasons. One, it's an intermediate pattern. I'm pretty sure I've only done beginner/advanced beginner patterns in the past. And two, it's a pdf. But the back of this dress is just so pretty that I got it. 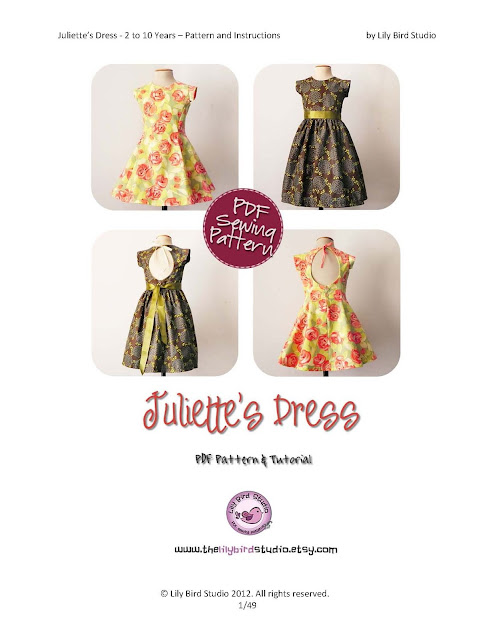 The pattern was, for the most part, easy to follow. Printing it out and taping it together was an adventure. I did well with all of it but the middle which I managed to tape together upside down or something so I had to reprint those pages. Incidentally, Mike would never, ever have been able to make this dress if he sewed! The cutting lines were mostly indicated by colored lines. Fine for me but my poor color blind husband would have been completely baffled.

I decided to use Ashen Roses from Pat Bravo's Rock and Romance line. The fabric is really pretty but the next time I make this dress I might use something shiny. And maybe either more jewel toned or brighter. I'm not sure this color combination is great for Autumn's coloring. The lining and the petticoat are in a coordinating pink I found on sale at Hobby Lobby. I couldn't find a similar pink ribbon so I decided to go with the wine color for the belt. Here's the finished product. 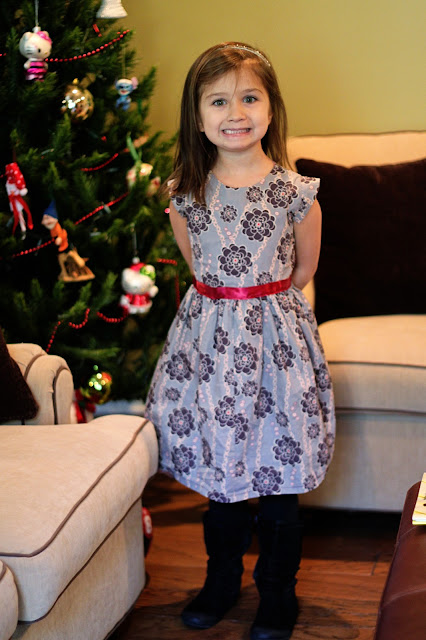 Sorry, for some reason, Autumn looks wired in all of her photos lately! It's hilarious but occasionally not ideal, hahaha. You can kind of see in the photo but there's a seam along the front of the dress where I pieced together the skirt. I should have cut the skirt into three panels instead of two. The instructions had the skirt as one long panel but because of the pattern alignment, I didn't have enough width for that. If I had used three panels, the seam would be at the side. Now I know! All that being said, the back is everything I hoped it would be! 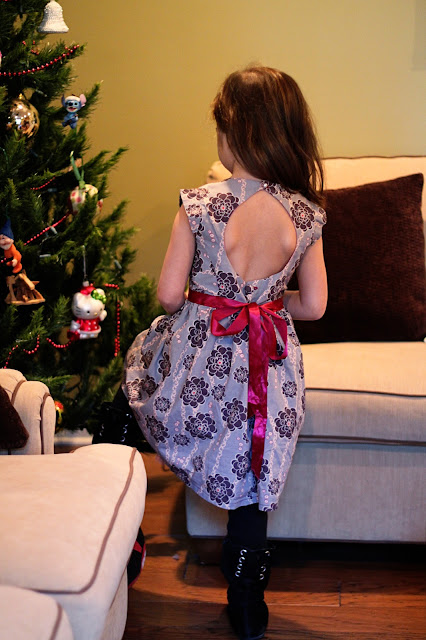 The bodice was the one spot where I ran into a little trouble. The way the instructions had you sew the lining to the outer fabric was different from how I have done it in the past. I stared at the instructions, illustration, and fabric pieces for a good ten minutes. It finally clicked and I promise I said "oohhhhh," right out loud! No more problems after that and you can see that the bodice and neckline are perfect. I absolutely cannot believe that I got that cut out and the sleeves correct. They are so smooth and professional-looking! I think that's why I am so annoyed with myself about the skirt. 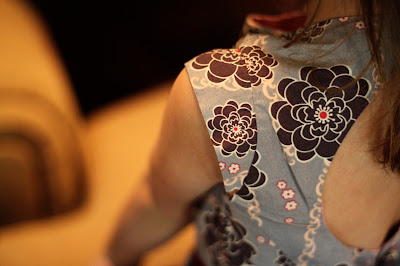 You would think I'd know by now that everything Autumn wears has to be taken in. She's built just like Mike, long and lean. They both wear slim fit everything. But, the extra width didn't mess with the look of the dress much, other than obscuring the buttons. Speaking of, I have a funny story. I thought I had 3 matching buttons. OH, NO. That would be too easy. But the night I finished this dress, I WAS GOING TO FINISH THE DRESS. So, I sorted through the button jar and found two corduroy buttons with the fasteners on their backs. I took two pieces of fabric and cut them into circles and sewed the pieces around the buttons! Voila! Matching buttons! 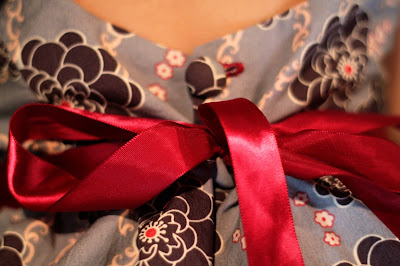 I did have a pretty pearl button for the top. I think that's Autumn's favorite thing about the dress. I, by the way, am truly terrible at making button holes. It's not easy to see on the fabric buttons but anyone who looks too closely at that pearl is totally going to see where I missed and went over the edge. 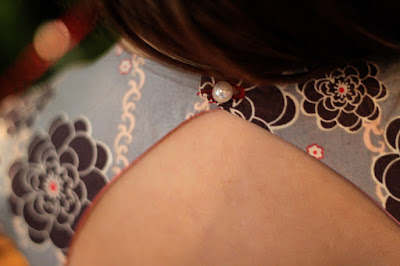 The pattern came with an optional petticoat. I did a truly ugly job putting it together so I'm not even going to show the top to you! It wasn't complicated to make but I didn't realize how hard it is to cut tulle. The petticoat is too big because I was impatiently trying to rush through it. At the time, I muttered a lot about buying one instead but I miiiight consider doing it again. Like with the dress, I'm going to have to go slimmer on the waist and that will make the petticoat even poofier. 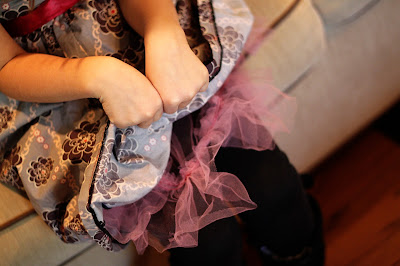 Going in a little close, you can see where I broke out the serger! I looooooved having the serger to finish the seams and edges. The only thing is dealing with thread changes and breaks. I'm getting better at threading it but it's still a huge pain. But once I get better at that, the time I save not having to sew, cut, and zig zag stitch in separate steps is going to wonderful. Heck, even with the occasional stop to fight with the thread, it's wonderful. 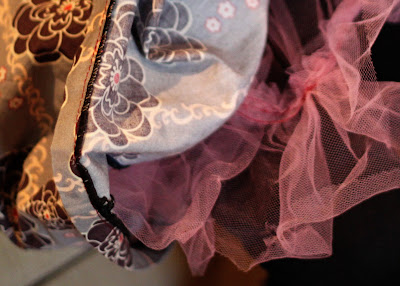 I'll definitely make this dress again, maybe do option A. But first, even after having said I had a tough time with the tulle...I might need to try this pattern out next... 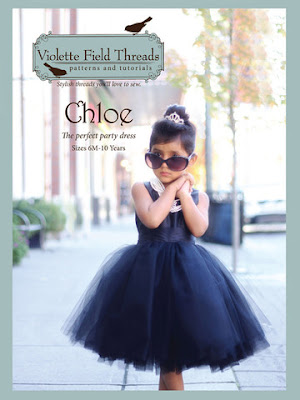 By the way, I'd love to see you on pinterest! You can find me here. I  have also added a Pin It button to the blog. When pinning something from this blog, be sure to click on the post title before clicking the Pin It button. Otherwise, it'll pin the whole blog and not the post or photo you want!

Submitted to Skip to My Lou Made by You Monday! and The Train to Crazy Make it Wear it Thursdsay!
Posted by Sharaze Colley at 8:13 PM