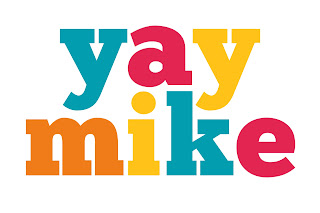 It's a little awkward to talk finances on the internet but with fundraisers and adoption talk, we all know it's gonna come up, right? Well, we had some pretty amazing news on Thursday. Mike was way chill about telling me but, seriously, this is huge.

Mike's bonus? This year, after taxes and tithe, it is nearly enough to cover almost all of our remaining adoption expenses. I am so proud of Mike. Some of his bonus is calculated on his company's and department's success and part of it is on meeting his own personal goals. He's worked hard this year and I've watched him really grow and mature and come to love his work and it's way cool to experience this evolution.

This is a major blessing not just on the adoption front. We still have to do some saving but, unless we are paired with a birth mom with a lot of pass through expenses, it isn't quite the overwhelming mountain that it was three days ago. That means I can start throwing some money into the car budget soon, haha. Mike's poor car was mine when we got married. Over 10 years ago. It's being held together internally by duct tape. The paint is peeling. It rattles and shakes. But it runs! Thank goodness for Mike's computer skills. He does trade with a really trustworthy auto repair shop and they've been keeping the car alive! It'll be a relief to start putting some money aside for the inevitable.

Hey, by the way, this is completely not something I'm getting paid to say, but if you're in the market for a good budget software, check out ynab. When I took over our finances last year, I wanted something a little more "budget" oriented than Quicken and Mike happened to hear about this around that time. Probably on Lifehacker or something. We have so many things we're saving for (property taxes, insurance, adoption, a car, repairs to the house) that I really didn't want to use just a spreadsheet or open multiple accounts to manage it all. Ynab has been great because I put in the budget categories and values and when I balance the accounts, it takes care of all the calculating for me. I've had to adjust a few things here and there as we've gone along but, man, it's so nice not to have to fiddle with everything.

It's been something else watching God provide. The flip flop fundraiser, friends who have sacrificially given, the sales in my etsy shop, aikido, Mike's job and side jobs...it's all coming together on the financial end. Now, if the baby end of it would cooperate...
Posted by Sharaze Colley at 8:12 PM