Mike's parents met a landscaper named Kurt a few years ago when they won a yard design from a silent auction to benefit the zoo. He is one of the nicest people I have ever met in my life. He's been working on Mike's parents' yard since a little before Autumn was born and Kurt is, in all seriousness, an artist. He always planned to make the yard kid-friendly but once we were all at a fourth of July party at Lainey and Pd's and he saw Autumn dancing with a tree. She had the end of a crape myrtle and she danced away with them. Kurt ended up picking flowers with her and after that they were friends! Incidentally...that place where they are standing? To the left, that's where the playground where we have taken pictures is now. 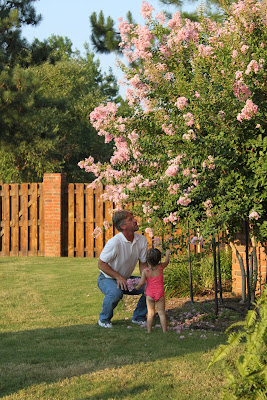 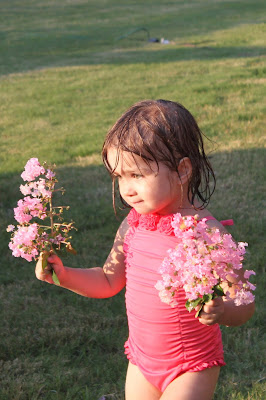 Kurt tells me whenever I see him about the things he's planted for Autumn. Strawberries, lettuce for the bunny that lives in the backyard, soft lamb's ear plants, blueberries...the list just goes on. We have a part of our backyard where there's a big, empty patch in part of the landscaping. I can't remember why it's empty, maybe because we had to remove everything to fix the drainage? Either way, when I was in the hospital, Kurt was so sad about what had happened to Garrett that he went to our house and planted a hydrangea in memory of Garrett. 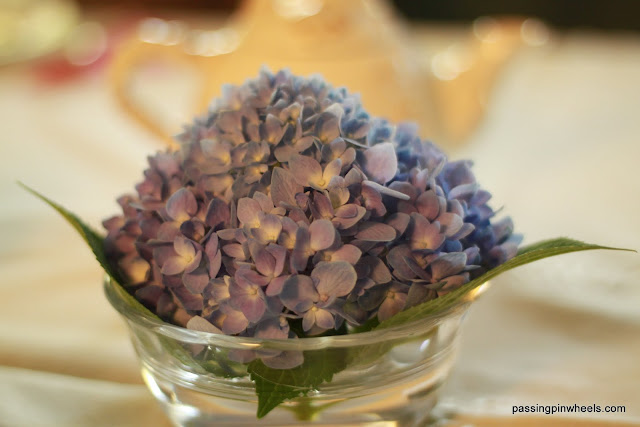 This year for Garrett's birthday, some friends and family joined us at our house to plant another bush in that part of the yard. We'd like to make it a memory garden but I haven't done much to make that happen since I first mentioned it here (and it does look like it was drainage, ha). We probably should have pre-prepared the hole because there was a little trouble getting it dug! The first try, we hit a rock. The second try, we managed it but it was RIGHT NEXT to another rock! I got a purple butterfly bush so hopefully it'll look nice next to the hydrangea and the azaleas (which are in dire need of trimming). 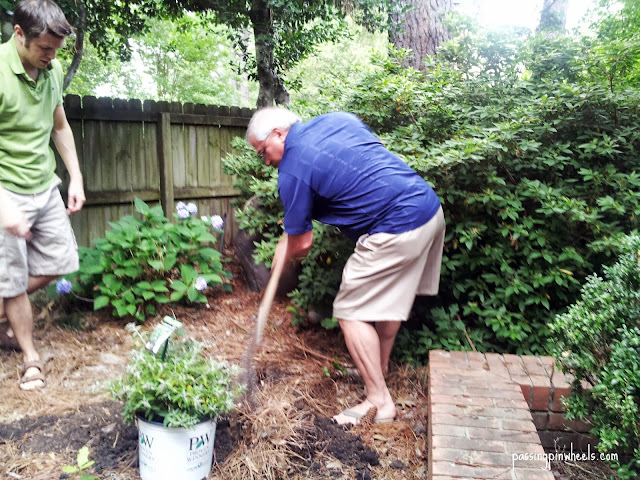 Afterward, we prayed. And then we went out for Mexican! My mom didn't stay for food because she's oddly antisocial sometimes! Sadly, my camera failed me. My pictures of Nanny and Boppa and Tamara and Landon were way blurry. But I did get Tamara and Matt! 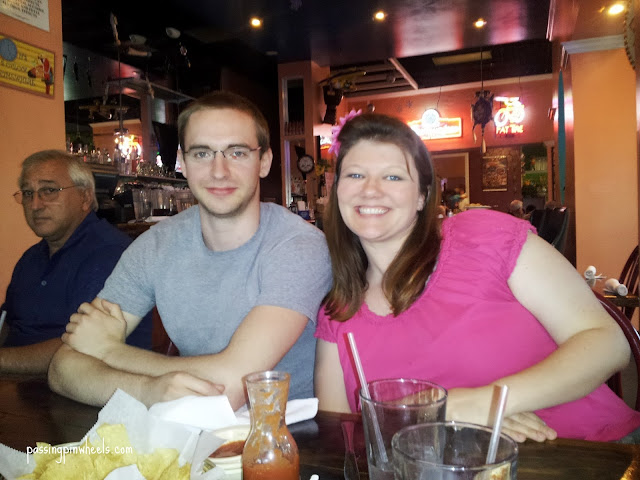 And Lainey, Pd, and Autumn! Who, by the way, walked past every single person in the living room and made a beeline for Pd! But we're used to it. We all know we're second to Pd. :) 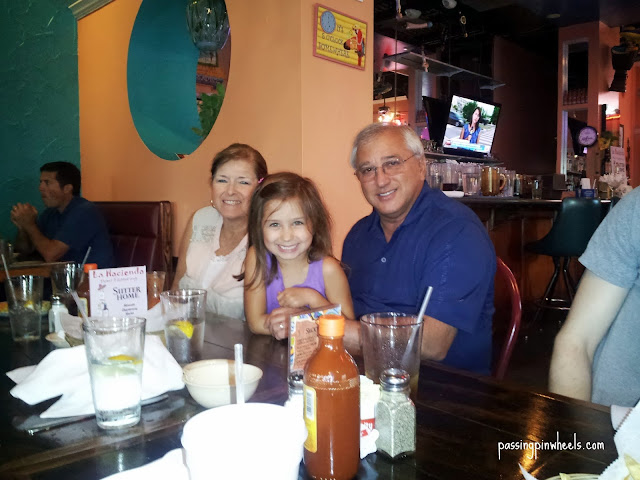 And even though we have scary eyes, Mike and I did get a decent picture. 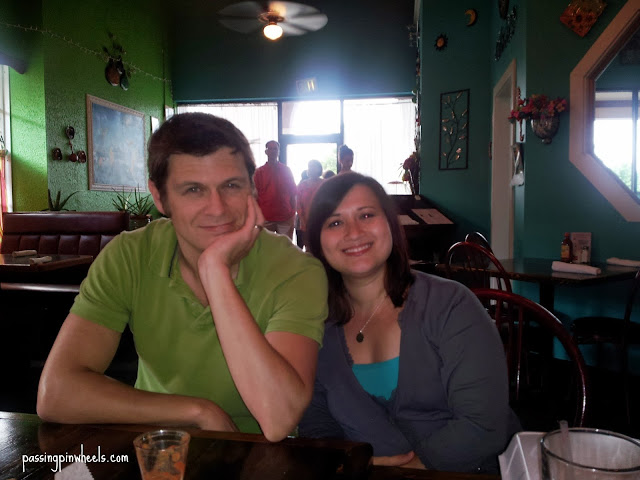 I'm really glad we did this! And thank you to our friends who were there and the ones who couldn't be but prayed for us! Garrett's birthday and our little Saturday celebration went well, with a few tears but many, many more smiles. Next year, we'll probably plant another bush. And maybe I can talk Mike into trying another fire lantern. This year he insisted we skip it considering we almost set the cemetery on fire last year.
Posted by Sharaze Colley at 9:57 AM