In which I ramble and share a lot of links

If you're on Facebook and have any friends who identify as conservative Christians, you've probably run across a blog post called the Bikini Question written by a super hot lady in a one piece (seriously, her header pics are like pinup photos--I'm not that hot in a 2 piece much less anything else I wear ever). I get what she's trying to say and, hey, if this is her epic sacrifice for Jesus because she's convicted about it, that's fabulous. And, I obviously think there are appropriate ways to dress for appropriate situations. Example: grappling.

At the same time, I do agree with many people who believe her post contributes to what is called rape culture. Two bloggers do a much better job of parsing this out than I ever could. I encourage you to visit Defeating the Dragons and Libby Anne on Patheos and read the articles at those links, possibly before you even read more of what I'm about to say.

I have two (really long) thoughts on this whole thing. The first involves intention vs. impact. This is something I have been learning about over my years with Stephan. Sometimes I can say or do something without meaning to hurt someone. My intentions are good. But the impact on the recipient is painful.

For a silly example, someone comes up to me and says, "hey, short stuff." They are likely trying to be friendly but the impact is that I feel devalued. If it's someone I have a relationship with, I'll usually say something like, "hey, I'd rather you call me Sharaze." And then we can talk about it. If it's a stranger, I roll my eyes, move along, and then complain on Facebook. Again, silly, simple example but you get me, I hope.

I think that this bikini thing is similar--although don't get me wrong, I am so not a theologian and this is just the result of Mike and me talking yesterday. It's true that the Bible says in 1 Corinthians 8: be careful, however, that the exercise of your rights does not become a stumbling block to the weak. At the same time, I can't reasonably be the thought police for everyone everywhere. There are so many things to consider: culture, a person's individual weaknesses, location, situation. All I can do is make wise choices and take care of myself. If I am causing a brother or sister to stumble--and not just with clothing--then I need him or her to talk to me individually. Although my intentions were (hopefully) good, my impact is causing someone pain. I may or may not agree, but I think what's important here is dialog and relationship, not just a blanket statement that, hey, this is what I do so you should, too, or you're causing people to sin.

Or, like I told a couple friends, everyone is hot to someone so we should all just stay inside. :P 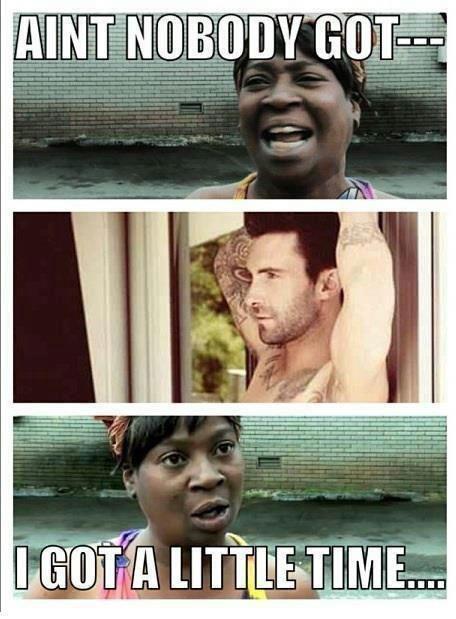 The second series of thoughts that I have involves assault. I am pretty sure that the blogger meant lust in her post but, as the aforementioned links say better than I can, the implications of "women are like chocolate cake" aren't pretty. Women are not consumed. Cake cannot consent. Victim blaming is a thing.

I have mentioned before that very few rapes or assaults are stranger crimes. This Bureau of Justice report says that in 2005-10, 78% of sexual violence involved an offender who was a family member, intimate partner, friend, or acquaintance. Here's another link from the CDC which breaks down the stats among men and women. So, obviously, there is a bigger issue here than what people are wearing. It just isn't that simple. Instead of teaching Autumn an arbitrary line on clothing, I want to teach her about healthy relationships and healthy self-image so that one, she is less likely to get in a high risk relationship and two, if the unthinkable happens and she experiences a violent crime, she has a strong foundation and support system to fall back on.
I always tell people in my self defense classes that no matter what you are wearing, no matter what you are doing, no matter who the attacker is, an attack is NEVER EVER EVER your fault. Ever. The attacker made a choice to be violent (I think the same argument can be made for lusting, too). At the same time, we can make choices that minimize our risk. If you look at the site I often refer to, No Nonsense Self Defense, there's an article on How Rape Really Happens. It's good. The whole portal on the subject is good. There is information about high risk behavior, but it isn't just getting blackout drunk in a frat house (don't do that, seriously, bad idea), it's up to and including relationships that spiral out of control. And you know who keeps coming to mind as I type this? Heather.

That's all I've got for now. I might post some of the interesting conversations I've had with friends. I would also like to know your thoughts. And I'm sure the bikini blogger never thought her post would send some of us on tangents about violence and crime statistics but there you go!

What If We Responded to Sexual Assault by Limiting Men’s Freedom Like We Limit Women’s? at Wronging Rights

Three blogs that discuss Elizabeth Smart and her words on Purity Culture:
“I thought, ‘Oh, my gosh, I’m that chewed up piece of gum, nobody re-chews a piece of gum, you throw it away.’ And that’s how easy it is to feel like you no longer have worth, you no longer have value,” Smart said. “Why would it even be worth screaming out? Why would it even make a difference if you are rescued? Your life still has no value.”
Elizabeth Smart, Human Trafficking, and Purity Culture at Rachel Held Evans
Elizabeth Smart & the life-threatening danger of shame-based purity culture at Elizabeth Esther
Shame-based sex education: we can do better at Rage Against the Minivan
Posted by Sharaze Colley at 12:33 PM