WGA: The class that wasn't & the one that will be

Yesterday, I was supposed to start teaching a BodyPump class at Collierville Arts. I was ready. I had a workout plan. Mike and I did a practice run on Sunday and he thought it was great. I put on my cute clothes. I got my workout music ready. I had my new watch

Aaaand no one showed.

That's not entirely true. Mike came. But we ended up just doing the workout at our house. I was supposed to sub this same Tuesday class about a month ago and no one showed up then. Both times there was some kind of mixup where the student(s) didn't think class was meeting but I'm starting to think the class doesn't actually exist.

I'll be there again tomorrow, though, so maybe someone will show up! I told Mike not to make the drive on Tuesdays until the class is more consistent. Apparently the Thursday class has more than one or two students so maybe I'll actually get to teach!

EITHER WAY, I am happy to say that I'm going to teach a free fitness kickboxing class at Mullins UMC for anyone who is interested. If you are, you can always check out the schedule on the aikido site for when/where I'm teaching. I teach pretty much everything there except the Saturdays Stephan can make it. And even then, I rarely miss Saturdays.

I read a few articles about becoming a fitness instructor, and the joke is that you spend more money becoming a teacher than you make in the first 6 months. Between clothes, music, and little things that add up, that's definitely true but still nothing compared to the kids aikido startup! And some of the ongoing expenses. My Mullins class has grown so much (in number of kids as well as how tall some of them are getting) that I've had to buy 4 more mats!! 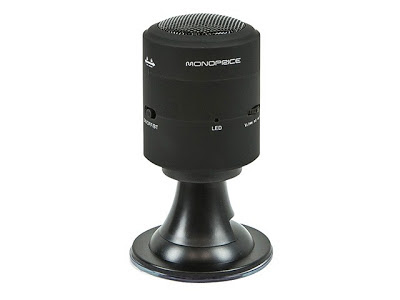 Because I needed a way to play music from my phone, I asked Mike to do some research for me. He's amazing at finding people just what they need and he certainly came through this time. He got me a resonance speaker. It's pretty great and we've had a good time testing different ways to mount the speaker. When I just hold it up, the music sounds tinny. When I put it on a box or a desk or a book, it turns whatever it's sitting on into a speaker! It says I can use a wall but I haven't tried that one yet. I will, though!

I carry a Kidpower

teaching manual with me in my teaching bag so I am planning on using that if I can't find a table or wall that will work. I did discover one funny thing: 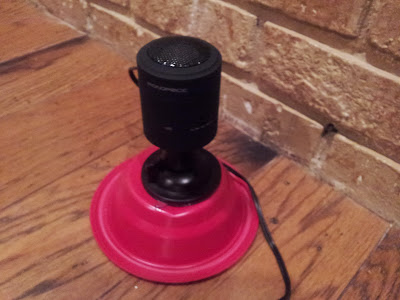