In Which I Don't Spontaneously Combust from Rage

I fully intended to write a gym adventure yesterday. I never got around to it. And the reason was so very, very unnecessary.

I've been having trouble with my car's ignition. We cleaned it and all that but it was still sticking a little and I've been in the process of trying to get Mike to call our mechanic and talk to him about it. Ordinarily, I do that kind of thing myself, but he trades computer work for car work so I usually let him handle that. I handle the things I trade aikido classes for like Autumn's day camp weeks and ballet classes.

After swimming with Autumn, my mom, and some of our friends at the gym on Wednesday, I pulled into the library drop box driveway to drop my books.  It's SUV height so I have to get out and put my books in. I just habitually turned off the car, said "why'd I do that?" shrugged, and dropped the books in the slot.

When I got back in the car, the key would. not. turn. I yanked on it. I twisted the wheel which wasn't locked *yet*. I pulled the key out and breathed for 20 seconds before trying again. I tried to manually shove the key mechanism to unstick it. Nothing.

I called Mike and his suggestion was to get something and hammer on the lock to get the cylinder moving again. I CAN DO THAT.

I took the car phone charger and hammered. I put the key in and administered several palm heel strikes. I put CHAP STICK on the key BECAUSE YOU NEVER KNOW.

Oh, did I mention the heat index was about 104 degrees? There was an excessive heat warning.

And my swimsuit cover up had fallen in the water so I was completely soaked through. I despise being wet. Like a cat. I would have changed at the gym but this was supposed to be a 5 minute drive home.

Finally, I realized that I was totally in the way and the car wasn't moving. I said, "I'm going to have to PUSH THE CAR." I figured out how to unlock the gear shift and thought that if my mom steered, I could get it to a parking space. She offered to push but, really, she weighs like 80 pounds and, besides, I'm pretty sure I'm stronger than she is so I told her to steer.

I put my shoulder to the bumper and PUSHED.

Then my mom sticks her head out the open door and goes, THE STEERING WHEEL WON'T MOVE WE'RE GOING TO HIT THE GRASS.

I stopped pushing and told her to hit the brakes (she hadn't yet) if that's the case because it's her job to make sure I don't hit anything!! So she did and I decided to leave it since we were at least far enough away from the drop box that people could get around.

And get around they did. Someone watched me push the car. Someone else drove around us rolling their eyes because they had to back their giant land rover up and go around after putting their books in the box. Autumn asked, "why did all those people pass us and not help?" I had no answer.

Anyway, back to the car, after a repeat of everything above, minus moving the car, I called Mike back. He was planning to drive all the way to where we were (about a 45 minute drive). I was in the middle of saying, "we can WALK home faster than that," when one shove of the key actually sank in and THE CAR STARTED. 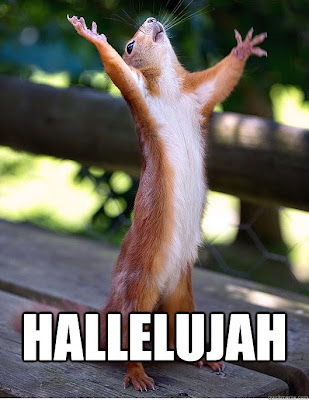 Posted by Sharaze Colley at 8:32 PM

Email ThisBlogThis!Share to TwitterShare to FacebookShare to Pinterest
Labels: everyday