A Day in the Life of Molly

The Colleys are Cat People. I wasn't really a cat person until Mike and I got married and now I can't imagine not having a cat. Did you know Autumn's first word was meow? And her nervous mechanism when she was smaller was meowing. She'll still do it if she's startled. Autumn wanted to come to aikido with me Saturday and watch. She did great! And everyone cracked up when she let out a startled meow really loudly the first time someone slapped the mat as they went down.


Anyway, this week is a crazy week. I have a doctor appointment, I had an interview at a gym (yay!), I'm going to classes at that gym to see how they teach, I'm making notes for my audition there next week, and that's in addition to all the regular things like aikido and fitness classes I'm teaching, lesson plans, the house and all that. Busy. I'm not complaining but...for some reason I watched Molly off and on Tuesday and thought, oh, man. To be a cat! 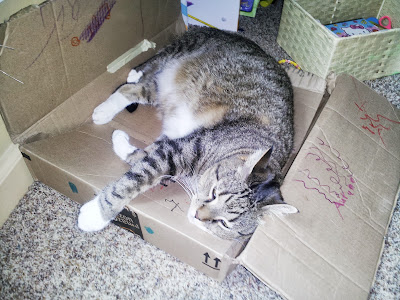 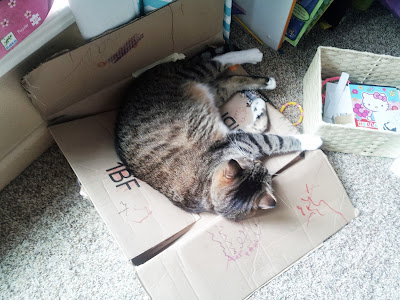 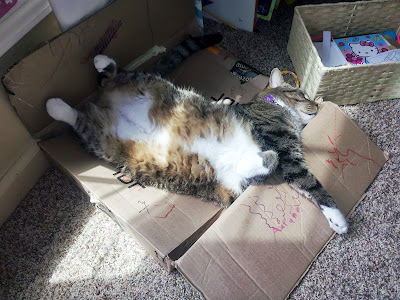 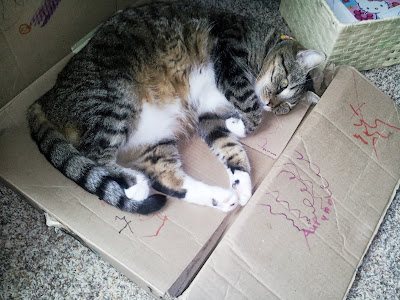 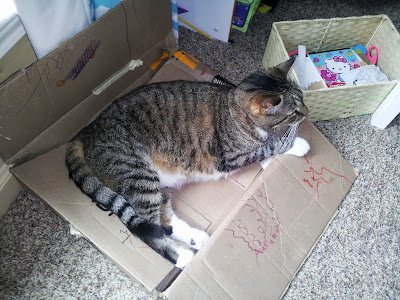 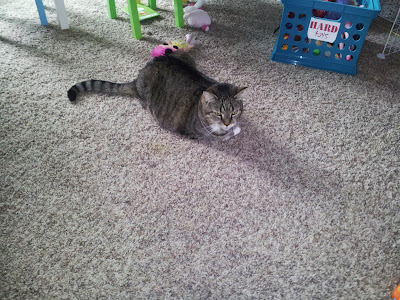 And then I was gone for several hours for teaching and came home to Molly taking over my chair, ha! 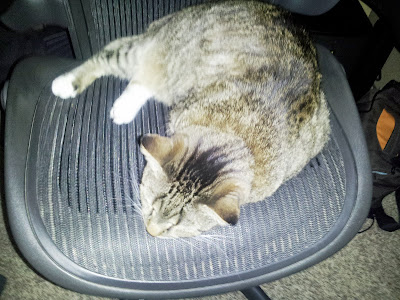 I mean, really. What a cushy life! We like her, though. Poor Molly is getting up there in years. She's about 11 years old, she came to live with us the Christmas after Mike and I got married. We found out last year that she has FIV. They think that she might have gotten it from a cat's saliva--she's never really been outside but once in a while a neighbor cat with stand in front of a screened window and Molly and the cat will hiss at each other. Or she could have been born with it because her mama was a barn cat. Either way, I hope she stays healthy for a while, even if it means she lounges like a fiend while I'm running around like a crazy person! 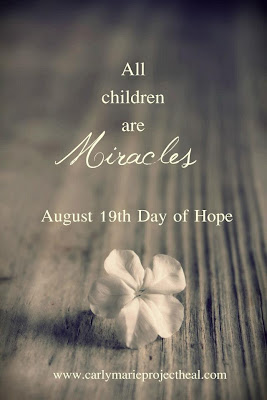 I've actually had some writing inspiration. Now I just need to get it written down coherently! And, Monday is the Day of Hope. I haven't been working on my flag like I should. I did decide that I want to do it out of materials I have on hand instead of buying anything. I thought it'd be nice to do a tribute to Garrett but also a tribute to our future--using the materials we have means mainly scraps from things I've made Autumn and it's a nod to how we're trying to be good stewards of our money in preparation for our adoption. Kind of cheesy but it feels right!
Posted by Sharaze Colley at 7:27 AM