I started out writing a completely different post on a completely different subject. It wasn't coming out right at all so I'm starting over! I thought I'd show the details on my Day of Hope prayer flag! It **definitely** looks homemade, haha. I was kind of thinking that next year I might add to or improve on this one now that I sort of know what I am doing. 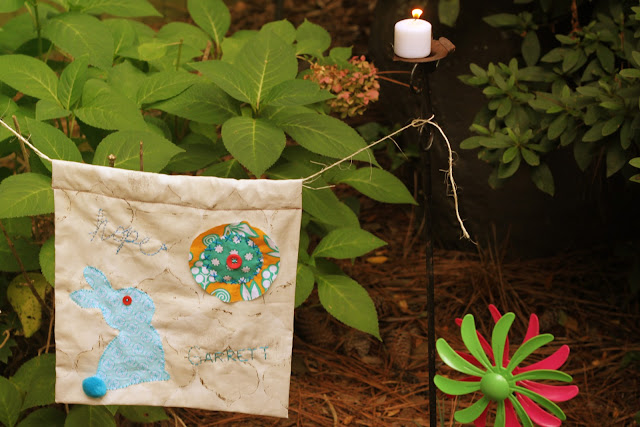 Initially, I planned to put the white fabric onto the chevron fabric from our playroom curtain scraps. But, I cut the white part the size of the flag rather than the size of a patch soooo I just went with it. I used the sewing machine to make the actual flag because, as I sat there getting ready to stitch that part together, I felt the weight of the hour it'd take me to do a straight line that long and got out the machine!

I wanted the word hope on my flag. I toyed with stenciling, printing onto fabric, hand writing, and iron ons, but decided on stitching the words. I hadn't done anything like that in years. I'm not really what you'd call "happy" with the quality but it felt right and good at the time. I am also very happy with my cute little heart. I used a pencil to write the word in cursive and used embroidery floss I have leftover from my brief attempt at smocking. I made a grand total of one and a half smocked dresses.

Autumn and I used jars to make circles to represent the sun. I picked the fabric and Autumn picked the button. :) After I finished the x-stitches, I decided I liked the look of the loose, slightly frayed edge. 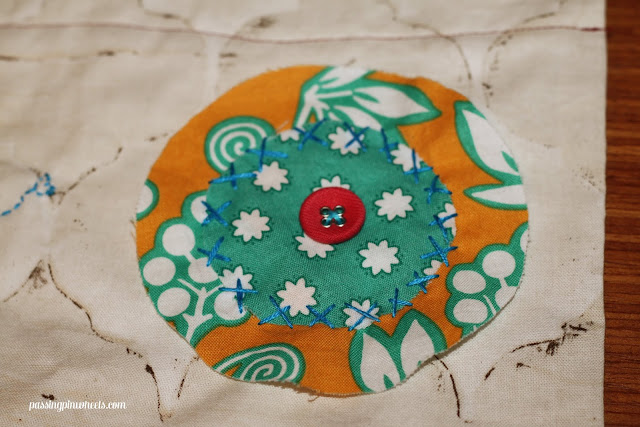 Most people put their child's name on the flag. Garrett's name was a last minute addition because I realized that the flag looked like it was for a baby named hope rather than the, er, feeling of hope. I'm not entirely unhappy with this. It was the last thing I did so I think I was getting the hang of it. 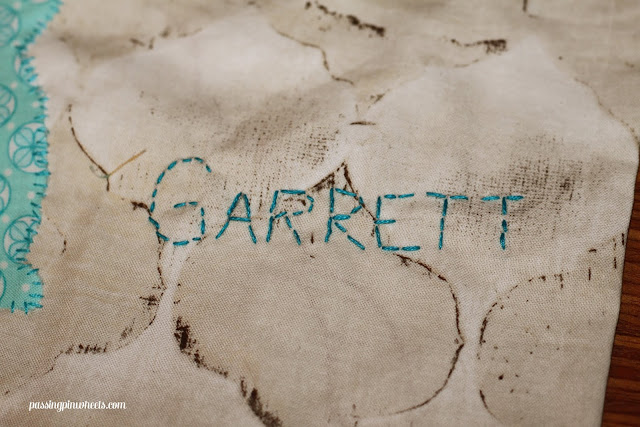 This is my favorite. I printed out a bunny silhouette and pinned it to the fabric to cut it out. This is another thing I considered getting an iron-on for but I wanted to stick with economy as one of the other themes for this project. Autumn chose the button for this eye and the fuzzy for the tail which came out of her chore jar. 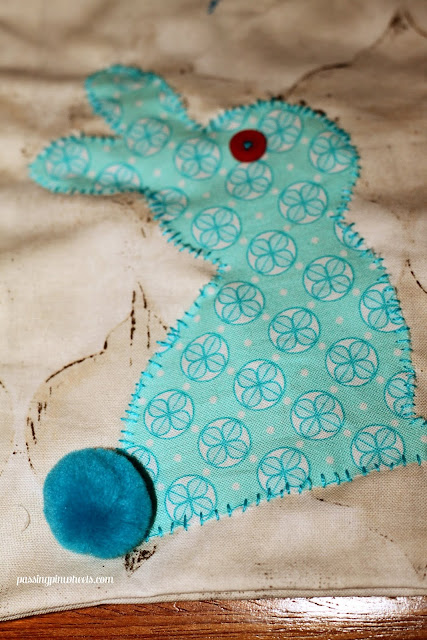 It's rough compared to some of the beautiful flags I saw posted but I'm happy with the end result. It felt good to do and I think we all enjoyed the process here at the house. I'm not sure what I will do with the flag now that we've taken it out of the memory garden. It doesn't seem right to keep it out there but it also doesn't seem right to fold it up and store it until next year. I'll have to think about it! By the way, here's Autumn's contribution to the garden! She made a stepping stone with her name. I helped her some but this is mostly her own work! 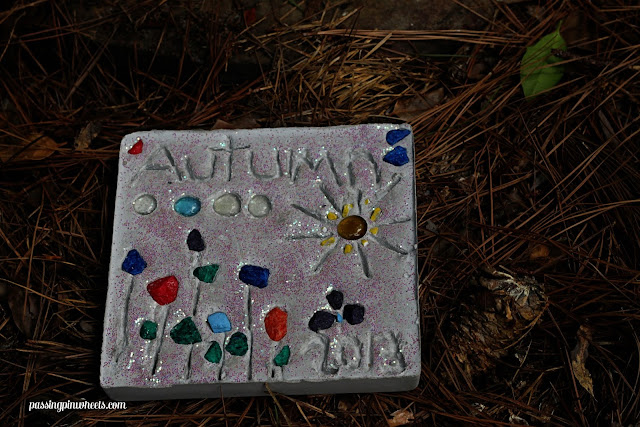 Posted by Sharaze Colley at 7:14 PM