CYG, Day 2: In which social media plays a huge role in Garrett's name! 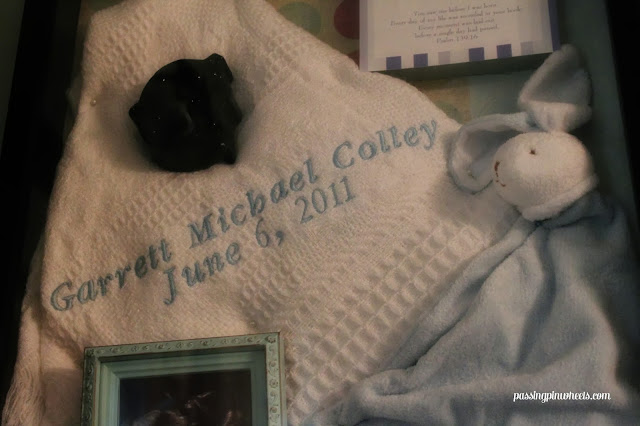 Because we are nerds, we had a spreadsheet of names. Names we liked just because. Names that meant something to us. Names that we only put on there as jokes. We were kind of leaning toward nature names because of, well, Autumn Rose. Mike would scan the email lists at work. I sat surfing the internet baby names while gchatting with my friend Tamara. In all seriousness, we named Garrett by instant messenger. On February 23, Tamara suggested Garrett so I messaged it to Mike who already liked it because he worked with a Garrett:


Garrett wasn't a nature name but it sounded nice. It didn't *not* match Autumn's name (I'm emotionally scarred from having a crazy name but my siblings having normal names, haha). It meant Rule of Spear or mighty with a spear which, come on, that's awesome and appropriate. We tried coming up with a nature middle name but that wasn't really clicking either. Once we got it settled, I had this fun conversation with Tamara:

and you will be happy.
want to guess?
Tamara: Ooooh?
9:01 PM Mmm, Garrett? :D
me: :D
Tamara: :D
me: Garrett Michael
Tamara: Oh I love it. :)
me: mike was coming up with some outlandish middle names and i was like, dude. just do michael. haha
we decided last night
so you can tell him you helped name him
Tamara: Baby Garrett. :) I'm so happy!
:D
Garrett Michael Colley. It's lovely.
me: autumn has official called all family although we left messages for brad and leah
9:02 PM Tamara: Can she say Garrett?
me: she's says it in all one breath garrettmichaelcolley
Tamara: LOL
me: yeah, she says it pretty well although sometimes it gets garbled by her warp speed
she's been calling him SuperPrince Garrett.
Tamara: LOL
9:03 PM She thinks he's going to come out and grow up and be her size in like, two weeks or something.
Jeannie was 8
me: yep
Tamara: thought I should have been a lot bigger.
me: awww
9:04 PM
me: and everyone is relieved, i think, that they like the name. although they shouldn't be surprised. we did well with Autumn's name. :P

I guess I'll end with bittersweetness. But, I think it's nice how much baby Garrett was loved and anticipated. And he still is loved. And we still anticipate getting to **really** meet him someday.


This blog post is for the worldwide event Capture Your Grief in honor of Pregnancy and Infant Loss Awareness Month. Day 2: What is your child’s name? Why did you chose that name? What is the meaning of their name? If they were born, what were their birth details. What were their features? Who are they?
Posted by Sharaze Colley at 7:28 AM