I'm a little late with Day 5: Memory because at the last minute I asked one of my best friends to write for this theme. Tamara wrote an incredibly moving post for Garrett's first birthday and when I read the description of today's subject, the first thing I thought of was Tamara visiting me in the hospital and how my blood type is now seared into her memory.

Thank you for everything, Tamara. Not the least of everything is sharing your soul with us and for grieving with us even now. I am so excited to celebrate with you next year as you and Landon get married. It's time for some happy!! 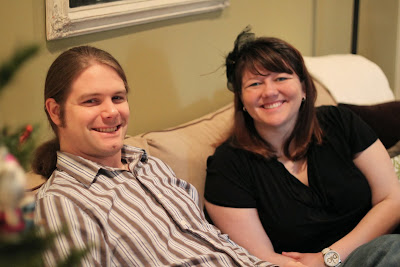 I am not a mother. I have never been pregnant, have never adopted, have never attempted to become a parent. But yet, I write today, as part of the Capture your Grief series. Why?
For two reasons, which are listed in this order for the convenience of the reader's understanding rather than their emotional significance: First, when I read many of the "Identity" posts, people said things like, "He was a son, a brother, a nephew, a grandchild." I'm representing the other part of that equation today. I grieve for a child that I am completely unrelated to, at least if blood is your measure of a relationship. His mother is my best friend, who I have known since 1997. The second reason is because I want to honor that brief little life.

I remember happy things. I remember playing with a naming app online, finding "Garrett," and suggesting it to his mother. I felt so happy when they picked "my" name. I remember my friend's pregnant belly. Thinking about how she looked seven months into her pregnancy made me remember waving "Bye!" at her belly because...well, Sharaze is a pocket ninja and might keel me if I patted her belly. I remember my happy assumptions that he would soon be here. I remember our happy discussions when he was "baking." Things like how to raise a boy to be a man that really believes in the equality of the sexes, even.

And, I remember other things.

The memory that makes me cry every. time. I think of it is the sound of Mike's voice as he rushed to tell me that Sharaze was okay, and then there was a hesitation on his end, and in that moment I knew without being told. "But, we lost Garrett," he said next. I remember eventually being allowed to see my death-defying friend. No Evel Knievel, no daredevil attempt to leap over school busses and automobiles. No, my friend defied death by living through the end of her pregnancy.

I remember that they finally let me see her, they didn't really know how sick she was or might still be. A day-and-a-half after Garrett's death, her room was still a hotbed of activity. I remember that at one point, right before we found out she needed emergency surgery, a nurse came into the room, and laid a bag of blood on the bed while the nurse arranged the network of IV's going into my friend. I read the label. B POSITIVE. I wrote once before that I didn't know then whether that was a Divine Command or some terrible joke.

The truth is, some days it's a lot easier to be positive than others. My friend has had a series of tough breaks since the death of her child. The flip-flop-flip recommendations from her doctors as to whether or not she could survive a third pregnancy, family members that didn't "get it" as to why she can't "just" get pregnant again, a heartbreaking failed adoption, a child that desperately misses her brother--you name it... it's been rough. All this on top of the death of Garrett. All reasons to ignore the oddly-timed observation, B POSITIVE. And yet, I know Sharaze and her husband Mike have chosen the positive. I do not know if I would have the same intestinal fortitude, if our situations were reversed.

I hope that grief-stricken parents look through the Pinwheels blog, because I think if there were ever a model of "healthy grief" Sharaze and Mike have exemplified that. And really, that's a huge part of Garrett's legacy, the ministry of the Pinwheels blog. And, too, I hope you realize that for every niece or nephew, there is an aunt or uncle. May God bless each of you, and your families, too.


This blog post is for the worldwide event Capture Your Grief in honor of Pregnancy and Infant Loss Awareness Month. Day 5: Memory, What memory do you have of your child that stands out for you the most. It may be a positive or negative memory. When you think of your child what is the first memory that comes to your mind?
Posted by Sharaze Colley at 11:43 AM