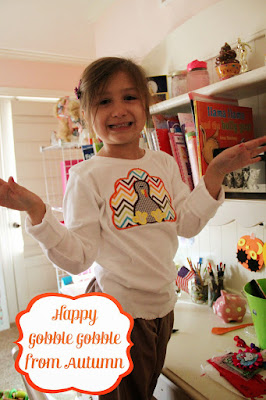 I've been saving this one until Thanksgiving because, well, we have a lot to be thankful for--and not just the three things I'm going to talk about in this post. It's funny, Mike and I have often talked about how blessed we are even if the blessings don't look like the typical ones most people share. At the same time, I'm really glad I get to share a few bits of genuinely good news beginning with the smallest item.

I am officially a sub at our local athletic club!! This is one of the things I was really hoping would happen when I first got my certification. Some of our most supportive friends are people we met at that gym and I am so happy to be a part of it. I subbed my first class there this week and it went pretty well. No one left when they saw me and I think almost everyone had a good time even though I'm not much like their regular teacher. Later in December, I get to sub one of our favorite classes for one of the teachers who was a huge encouragement to me during the entire process--she's the one who recommended the trainer I worked with after I recovered from my last surgery.

The second piece of fabulous news is that we are going to meet a birth mom next Wednesday. We know a few details about her but I'll wait to share them until later. She is due December 27 with a boy and we are the only family she is meeting. Bethany actually waited two weeks to contact us so that they could make sure the father wasn't going to be the same kind of issue as last time which is encouraging. Provided she likes us, the tentative plan (tentative until the day he comes home) is that the baby would go to interim care for the 10 day revocation period and then we would bring him home.

Friends have asked if we're anxious or gun shy or anything like that. And, you know, surprisingly none of the above. There's such a long time here with so much uncertainty that it's hard to get way excited. Right now we're just thankful something is happening. It's been silence punctuated by weird news (like our social worker suddenly retiring) for such a long time.

And, last, the same day we got the call that the birth mom wanted to meet us, Mike called me a few hours later and said, "this is a weird day." Which, yes. But I asked why he called to tell me that. Turns out he got a two level promotion at work. We knew something was coming because his work load has become increasingly heavy and his job has changed quite a bit in recent months. But this was a massive surprise. I've been looking at our budget since we bought the car and trying to figure out how in the world we were going to pay for the adoption and the car and all the other things that keep cropping up.

Mike and I were just talking about how to pick up extra side jobs for him and more students for me. Things aren't all sparkles and roses and we're still strategizing around growing my classes and his side work but between this and all the students I do have, we have a little more breathing room starting next month. Plus, I'm super happy for Mike. He's been working so hard and I am so happy that he has a boss now who he likes and respects and who has really been advocating for his team. More than the promotion, it's been cool to see how much Mike has grown professionally in the last couple of years.

I hope all of you have a wonderful Thanksgiving. I know this season is a hard one for many of us who are missing loved ones for any reason. I pray that there is a measure of comfort for you today.
Posted by Sharaze Colley at 7:04 AM