Almost Happily Ever After? Maybe?


It's been a crazy, topsy turvy, emotional ride but we have a placement date to bring home, dare we say it, Grant. The placement ceremony is set for 5pm on Wednesday. I am both relieved and disbelieving. This will be an at risk placement because the birth father has not signed his papers. However, we have prayed hard about bringing the baby home and the general idea from people who do this regularly is that things should progress normally and that this isn't remotely the same kind of situation we faced last year. But, at the same time, please continue to pray that the birth father either signs the papers or chooses not to fight the termination proceedings which will begin at the end of the month. This might sound weird, but please pray for him, too. There's a lot going on in his life right now and I'll leave it there for now. (update: blocked from an unseen direction, back to square one)

I haven't been posting about every movement in the adoption process (you're welcome) and it wasn't so much that I didn't want to constantly report. It's just that things seem to change super fast. A friend who has worked with adoptions says this is the nature of newborn adoptions and I totally understand.

Possibly the most dramatic roller coaster happened in two hours on our last day at Disney. I texted with a friend that day and I remember writing something really overwrought like, "it's weird to be having so much fun while being so sad." We were in line for this thing called the Belle 3-d experience. By then we hadn't found Belle, the only princess Autumn specifically wanted to meet, so we thought we'd give this a try since we had a little while before meeting up with the rest of the family. We figured seeing her in a ride or story or something would be better than not at all. While waiting, I got a call from our birth mother counselor who told us that the birth mother, after praying Friday night, decided she wanted to parent the baby.

Seriously. I hung up, turned to a wall, and burst into tears. And then Mike and I got all existential about whether or not we were meant to have more children...which is fine but some clear direction would be nice and maybe three failures was God's version of horrible, painful direction...and, frankly, if this adoption doesn't go through, those are still perfectly valid things to discuss and pray about but maybe not in a 50 minute wait line at Disney World.

We debated getting out of line to lick our wounds but decided to stay and I am so glad we did. For many reasons. One, the Belle line was really cool. There was a pretty meadow area outside. The inside was like the cottage from the movie. There were stacks of books, markings on the wall of how tall Belle was through the years--Autumn was happy to be taller than Belle was at 6--and even a portrait of Belle and her mom. 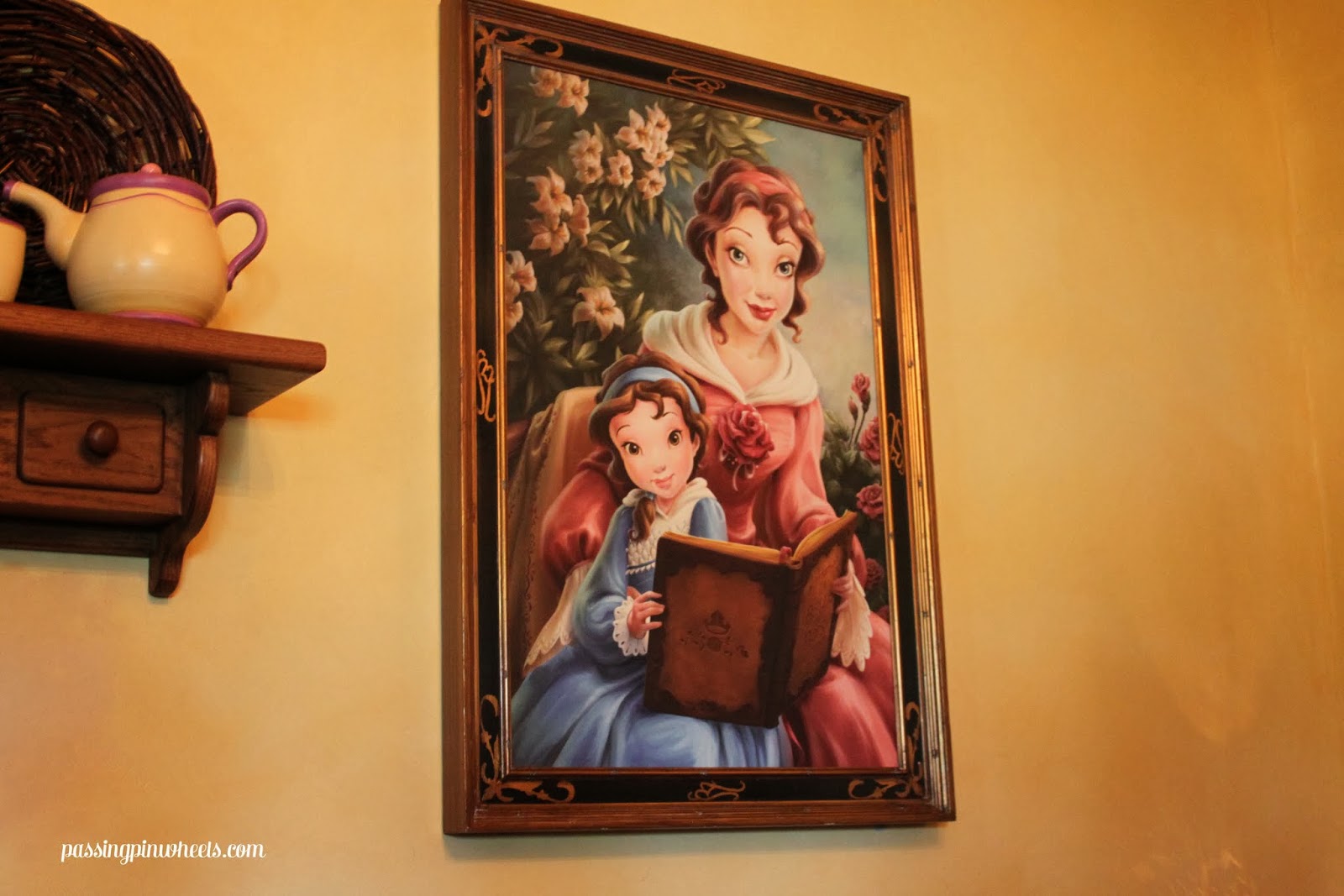 Once we got inside the workshop part of the cottage there was a magic mirror that was a gift from the Beast to Maurice after Belle's wedding. It totally opened up so that we could all walk through to a place where the Wardrobe from the movie told us the kids were going to act out how Belle met the Beast as a gift for Belle. I can't remember why--just as a surprise or for her birthday or something. My stomach was so sick from that call but seeing Autumn "audition" for her part soothed my heart so much. She got to be the feather duster and showed off her sweepy hip motions! Everyone laughed and clapped for her. 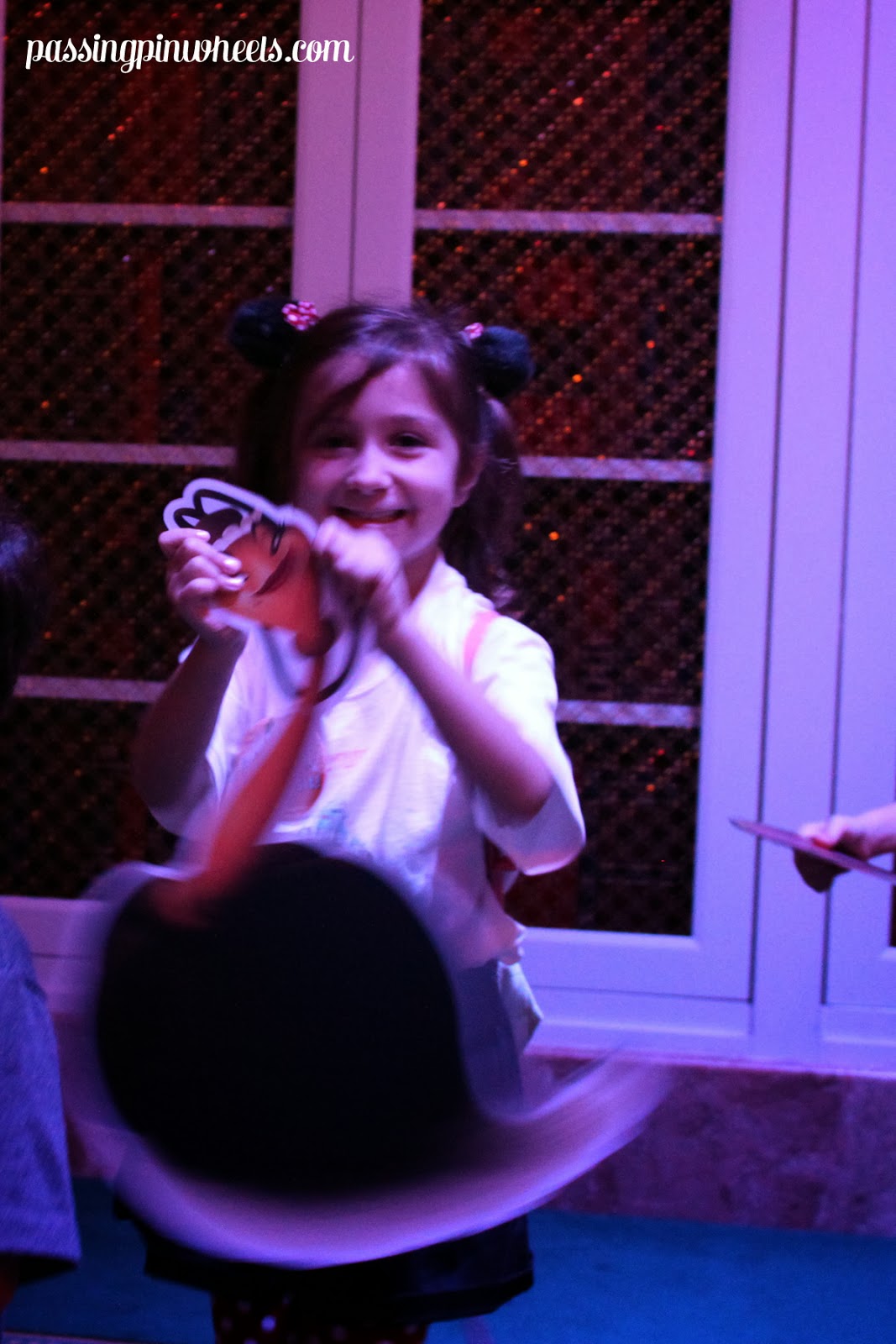 We went to the next room and the parents sat on benches while the actors took their places. To everyone's delight, the real ("real"), live Belle swept in!! I thought Autumn's face was going to fall off she grinned so hard. Lumiere told Belle what they were doing, she watched everyone put on the show, and then she led them all in a dancing parade around the room! 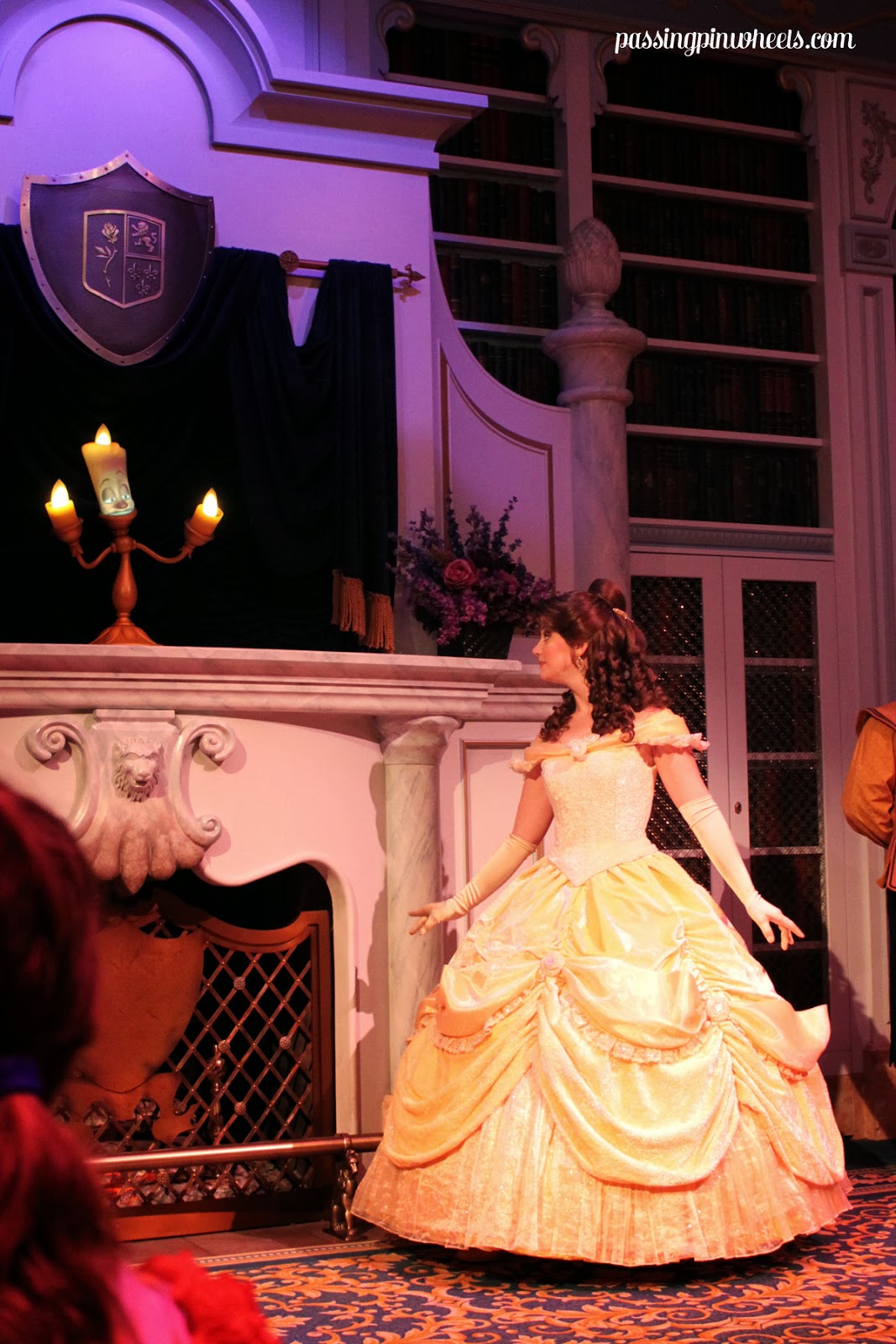 Afterwards, everyone who wanted to took a picture with Belle. It was so awesome. Autumn went into total fangirl mode when it was her turn. Belle talked to her but Autumn was completely frozen with joy and just kind of stuttered her answers with a crazy, ear to ear smile. 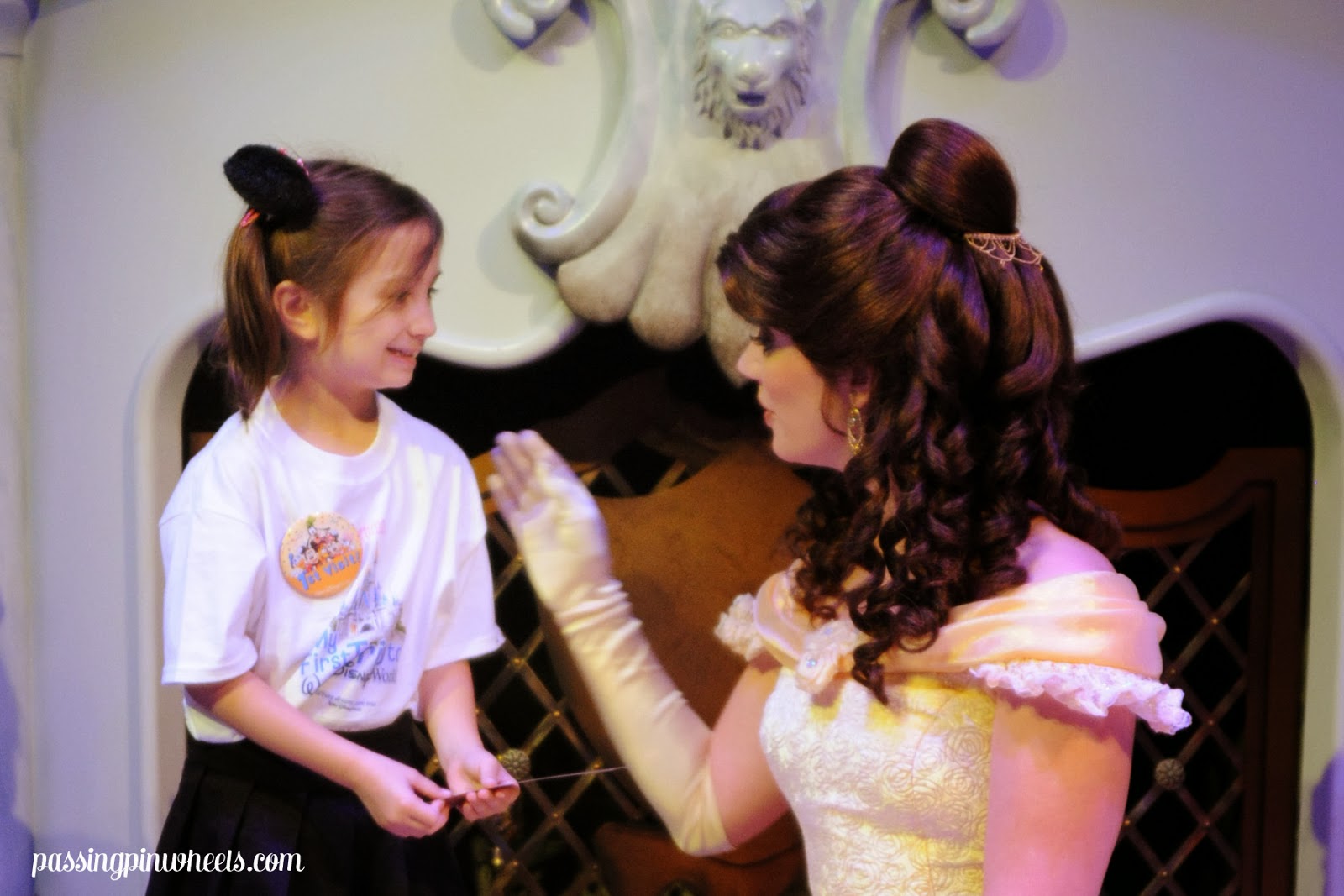 It was the best thing ever for some sad folks who just got bad news. 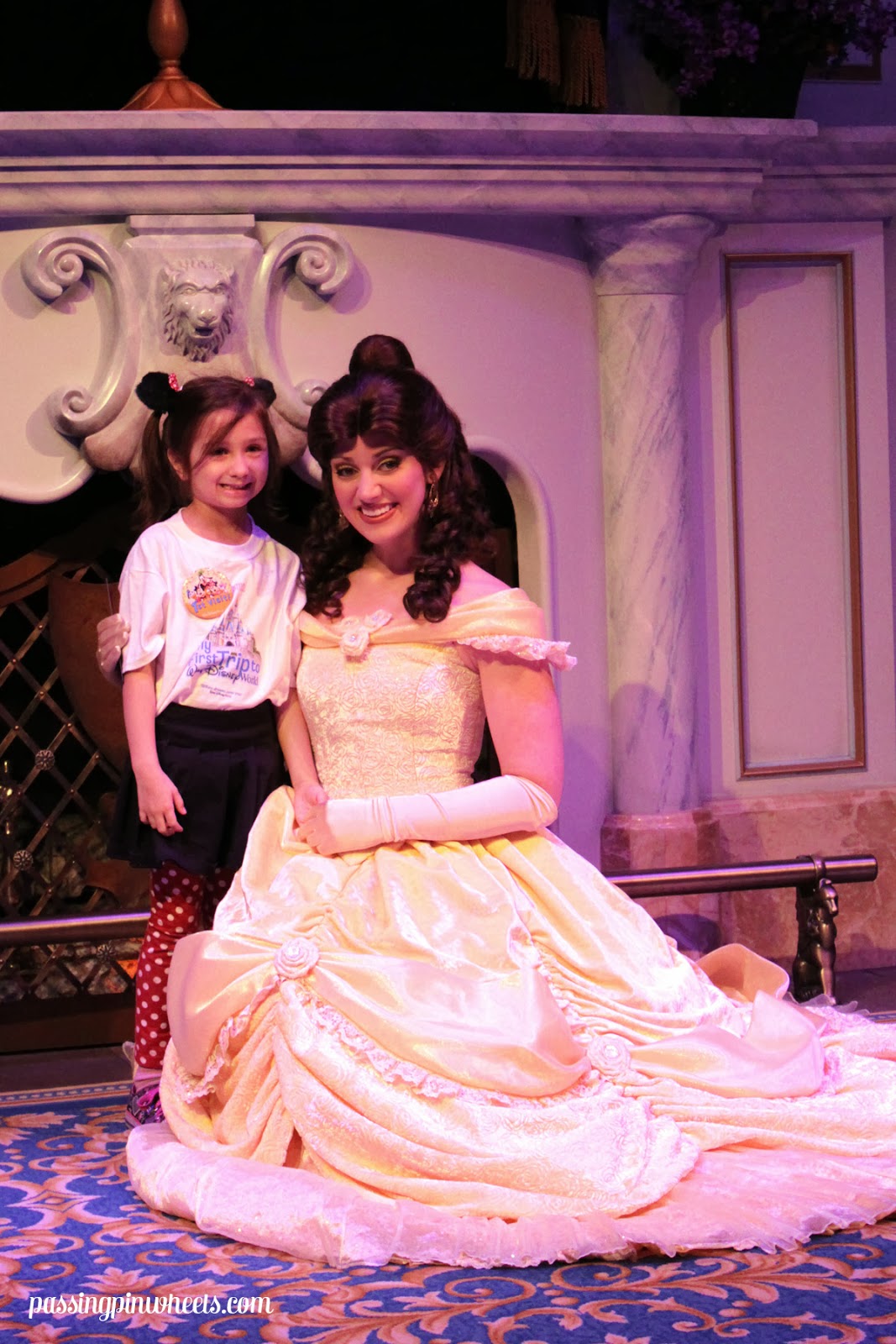 We decided to take a rest and snack break in the Beauty and the Beast courtyard area. While we were there, we got some more phone calls. After talking to her family, J decided that adoption really was the best thing for her and for her baby. We haven't felt entirely secure since that day but I kind of think that after all the heartache we experienced even before that call, we are just going to feel a little wounded and cautious anyway. However, J hasn't wavered at all since that day. We even got to see her last Friday when we met the baby for the first time. He's adorable, by the way. And already grown out of newborn diapers!

Now, while Mike fielded those calls and discussed what all of this meant, Gaston showed up right behind the spot where we were sitting. You guys, he was the best thing ever. I watched him preen for like 20 minutes. Mike even tried to get me into the line to take a photo but we were too late and they closed it. SO SAD. But he was so great I took pictures of him just to post them here because I am weird like that. Since the poor people posing with him had no idea they were going to wind up on the internet, I covered their faces. 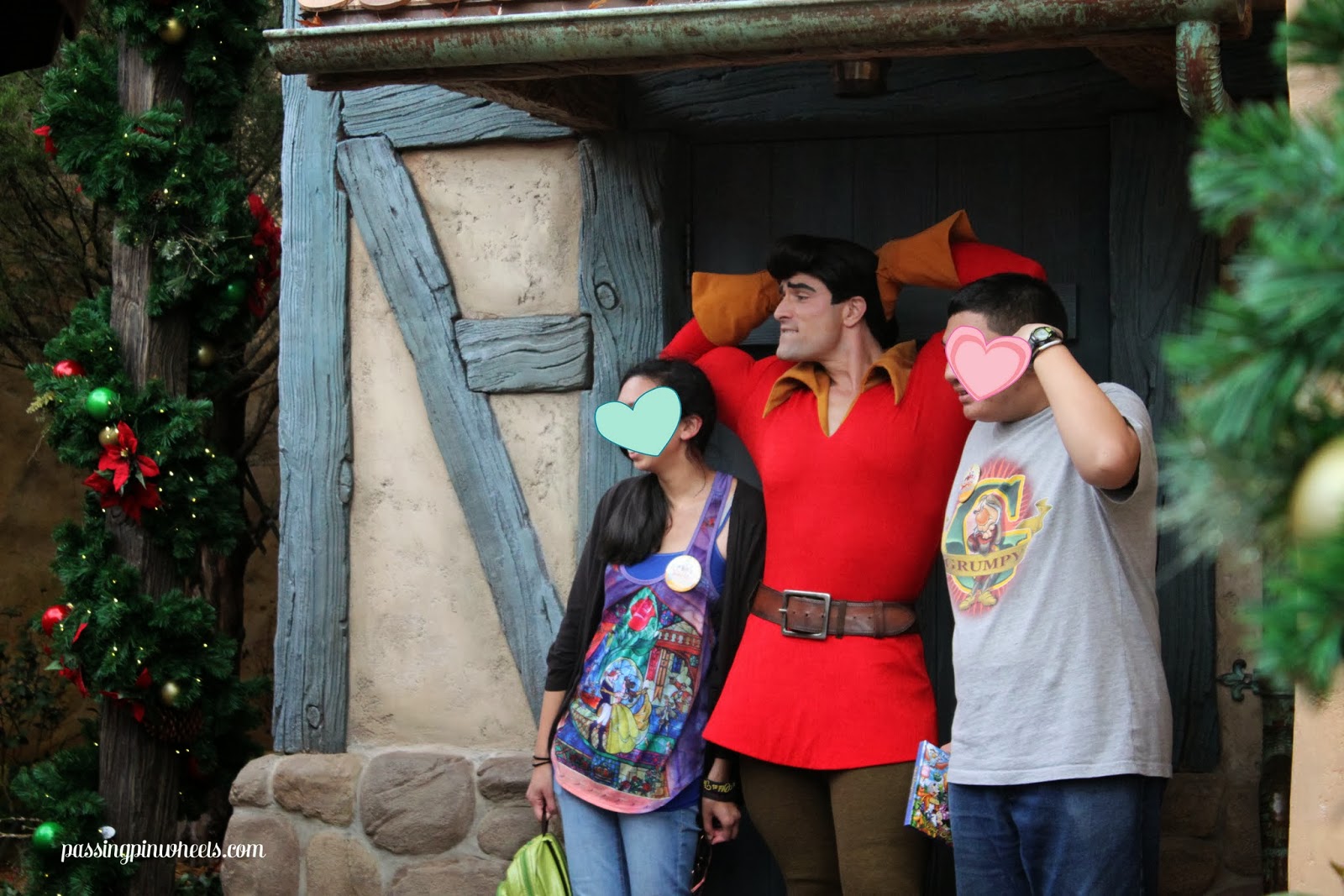 Sadly, we didn't get to see if he's especially good at expectorating.
Posted by Sharaze Colley at 8:40 PM