The Young Aikido Students vs. Molly the Cat Blender 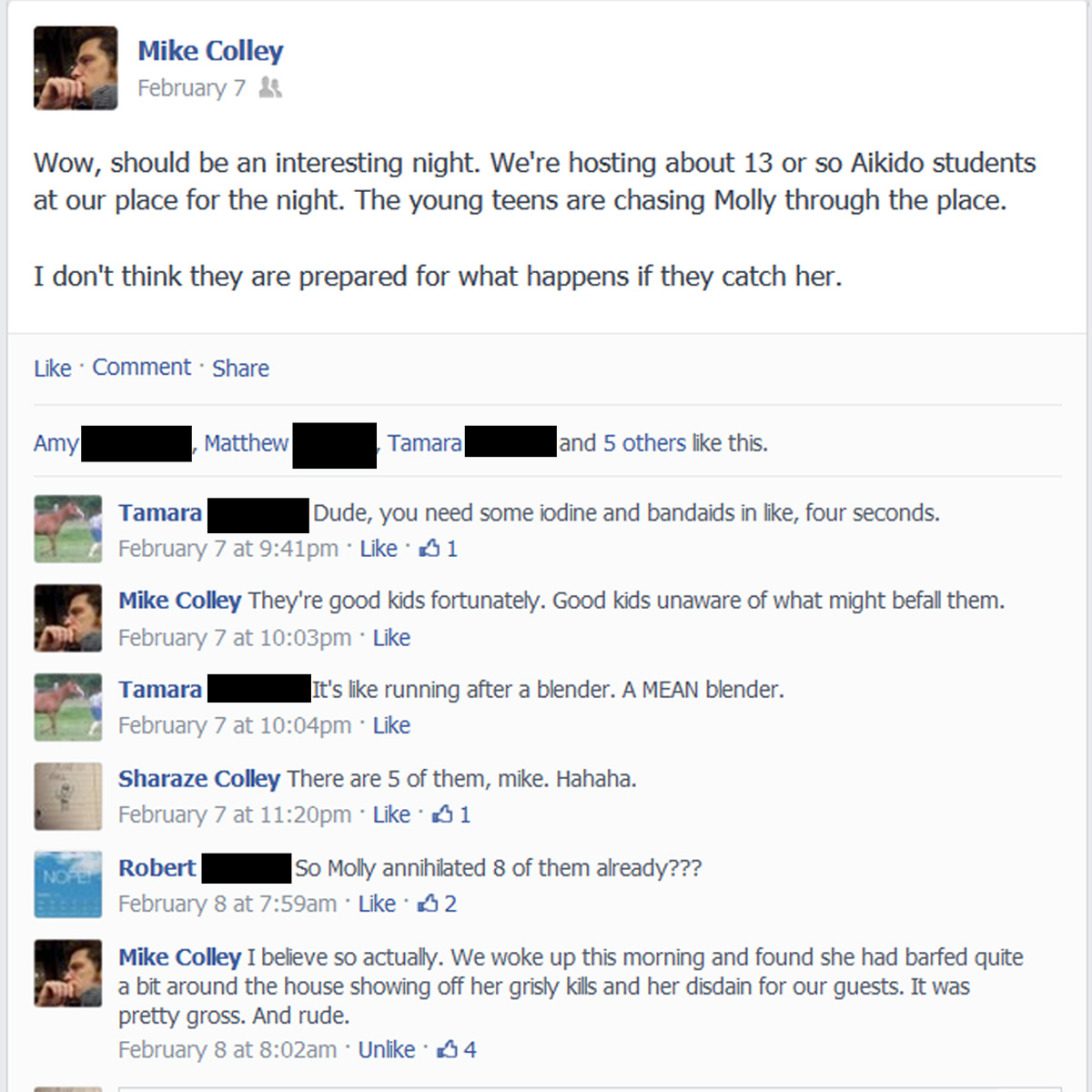 This is what I did over the weekend. Ha! I have been, to use a phrase I've heard some people hate, out of pocket for a while preparing for an aikido seminar. It went so well! Max Roach Sensei from Mountain Wind Aikido in Rome, GA, came to town to teach a seminar and oversee testing for some of our students. He is the headmaster of a private school that also has international boarders. Five of his international students joined us this weekend along with his 9 year old son. They were a great group of kids. They stayed with us and I had fun getting things together for that.

I like how the weekend played out. We had a Friday session and then two Saturday sessions followed by testing. Chuck and Don, who have been here before, will come to town in March for a joint lock seminar. If I can get myself together in time, they will also do a black belt test for me which is pretty crazy and exciting. I don't feel ready! But, if it pans out, we'll probably do the same format.

Anyway, check it out. This is possibly the funniest picture anyone has ever taken of me. 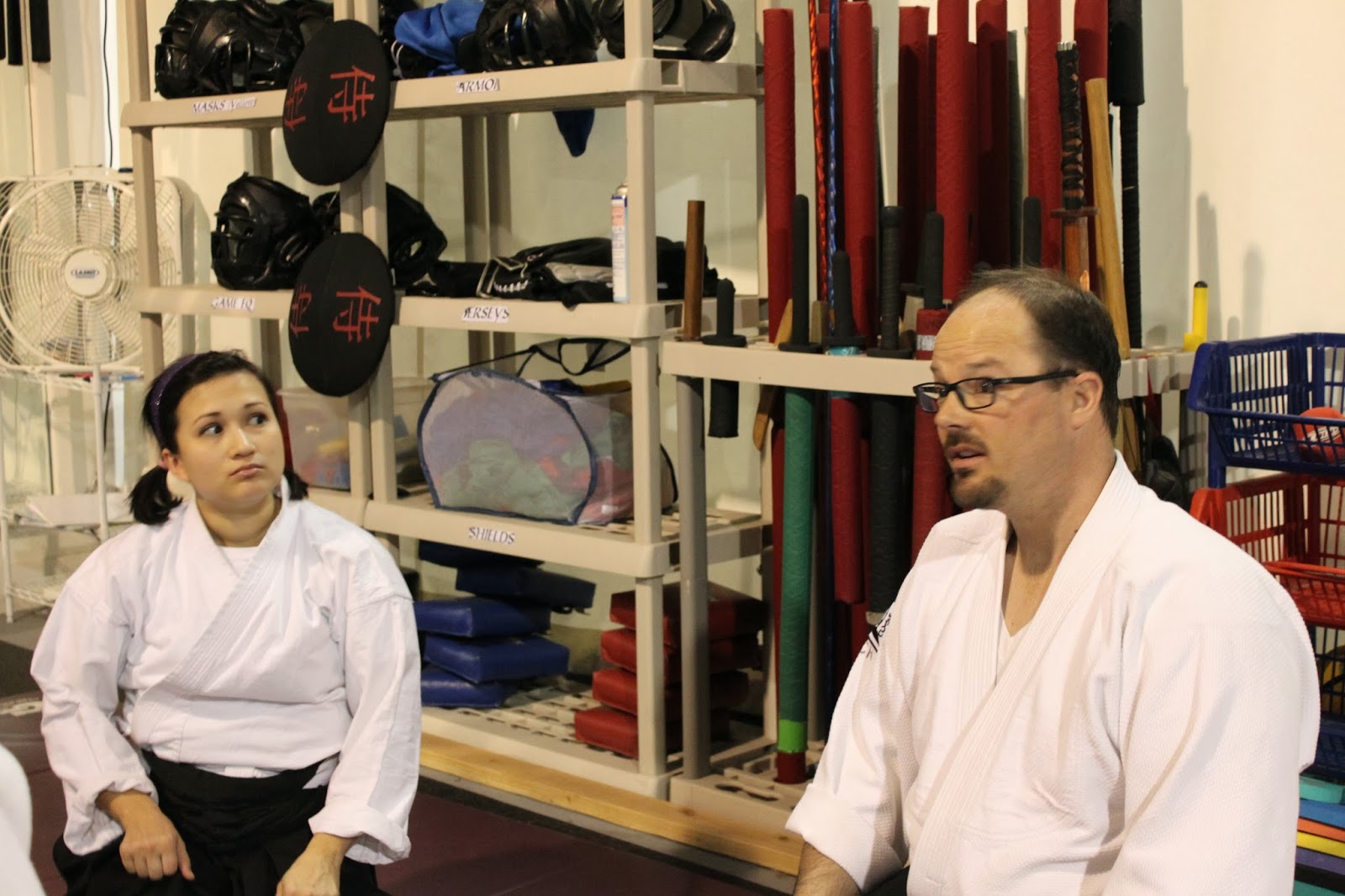 I have no idea what he said that was so shocking but the next photo I'm doing this. Seriously. I have no idea. 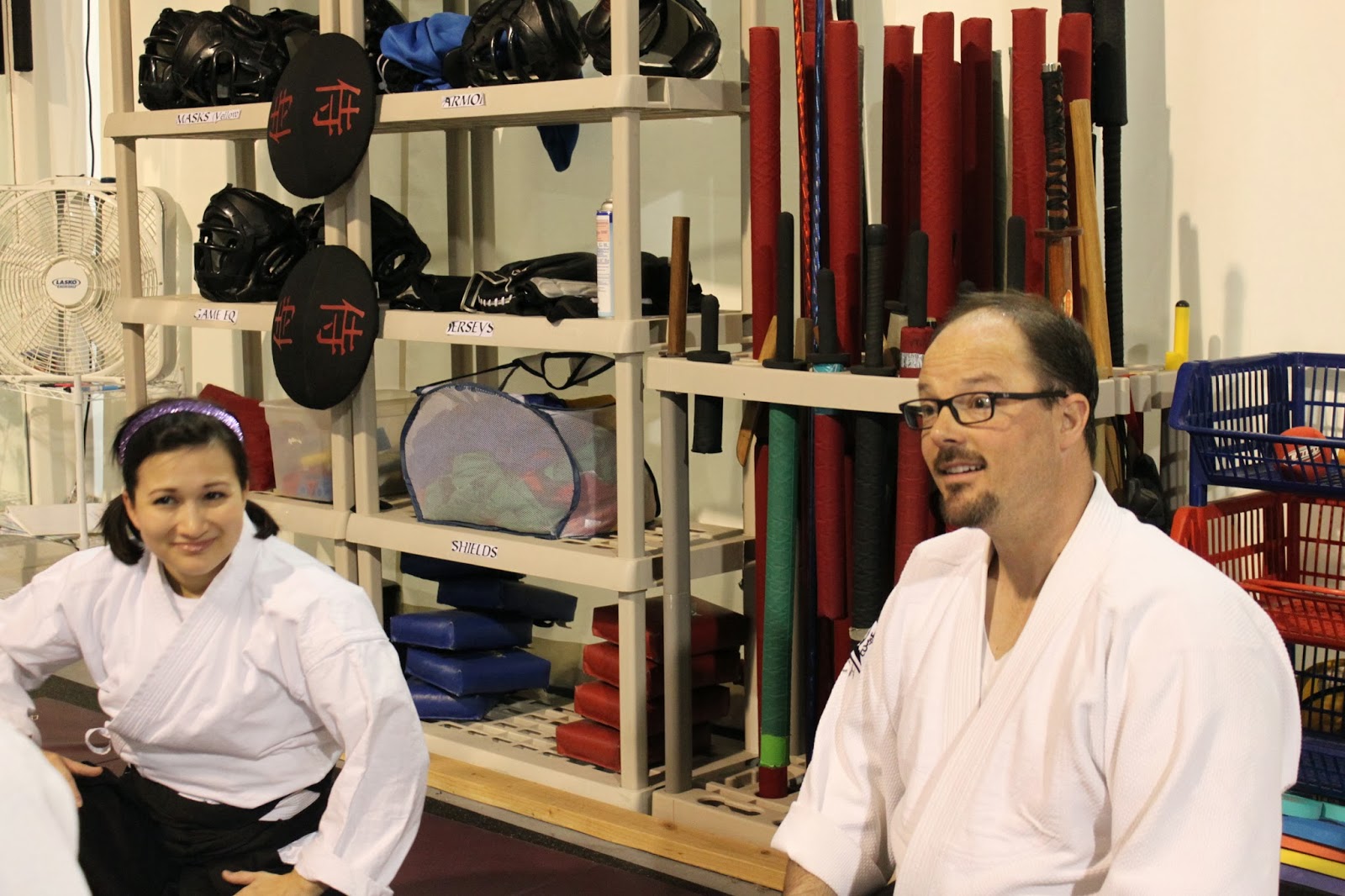 This is what I look like when I teach but what's kind of amusing is what you can't see. My left arm, the one that's trailing at the bottom? That hand is attempting to hold someone in a joint lock while I adjust someone else's hand. Ha! My poor partner. I did eventually let go. 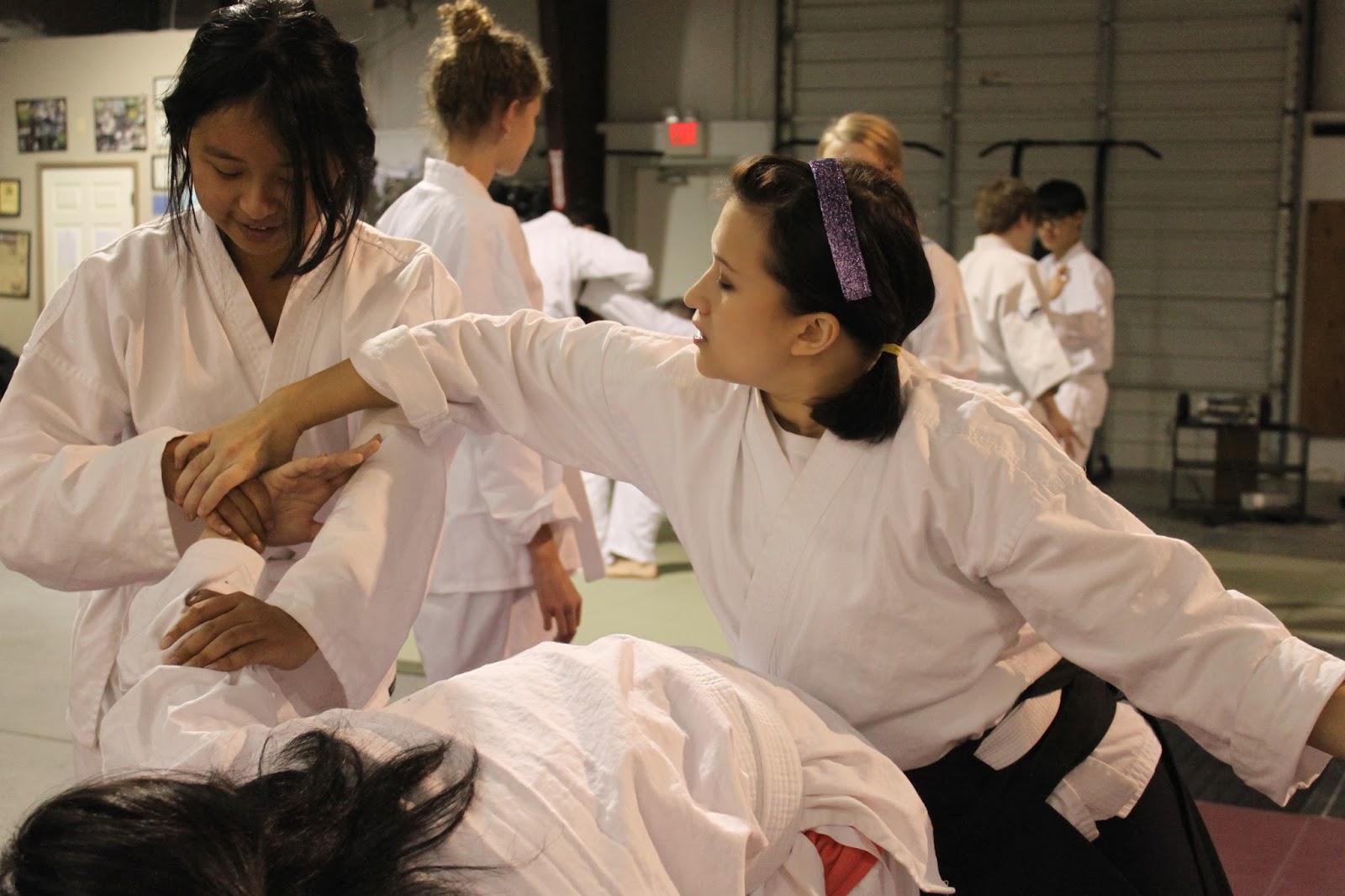 One last thing...when you do aikido right, it looks like this. That's a lot of smiling! 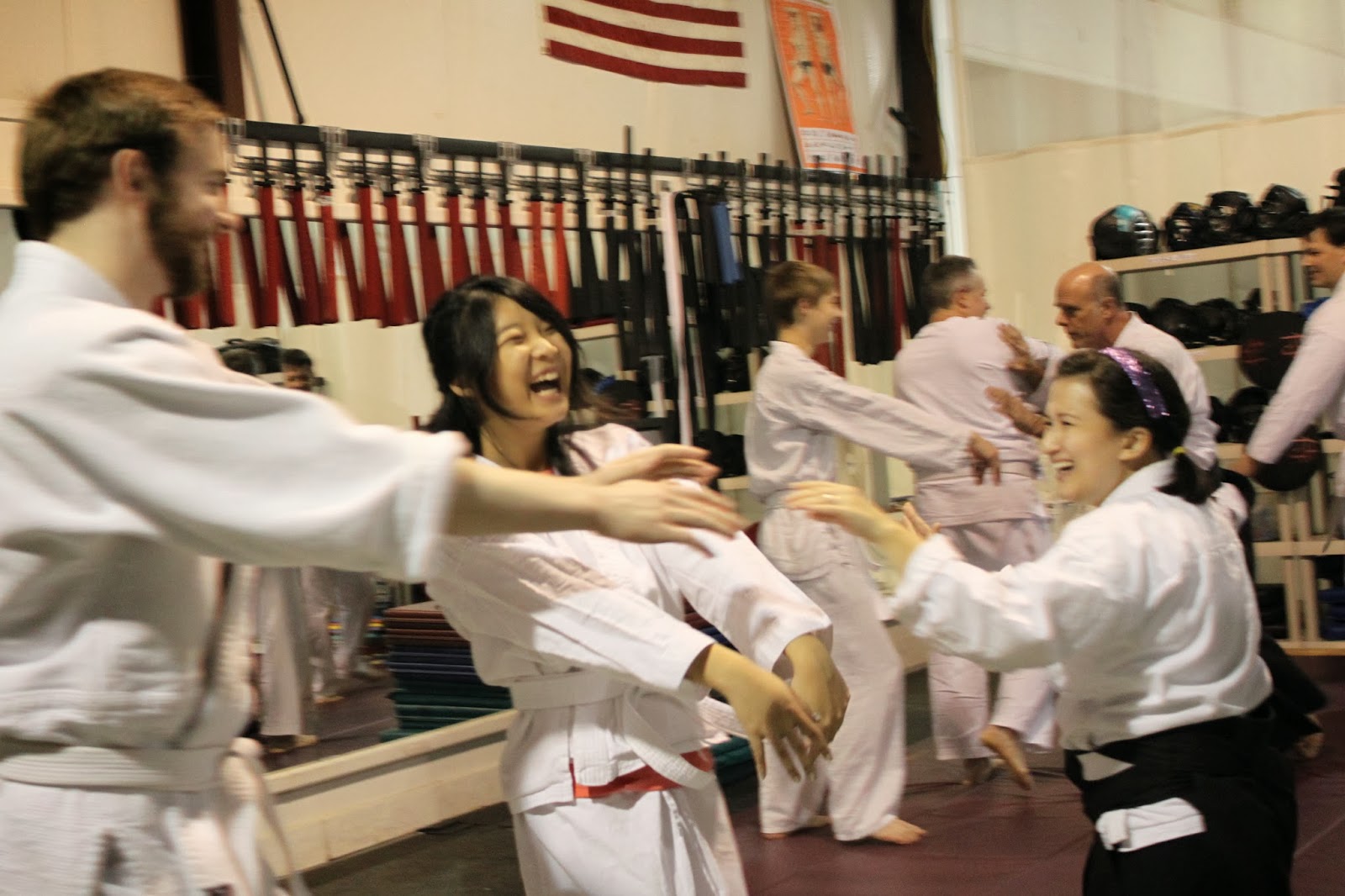 Posted by Sharaze Colley at 9:02 AM