Last time I wrote about nutrition, I shared some background on how I decided to visit a registered dietitian. After I made the appointment, I, of course, started second guessing myself. I wondered if I was about to waste money talking to someone about something I already know enough about. That is almost never the case but I can't help but be dramatic about nearly everything. Fortunately, I kept the appointment.

It's funny, I have written this post in my head a half dozen times. I can't seem to get it down quite right because the whole process has been so...chill. I had my third visit with the dietitian last week. I can't say I've had any miracles or anything particularly dramatic. I'm not magically 20 pounds lighter and cut like a rock. I haven't had to count calories or drastically change my diet. I don't stress. There's almost no real limits to what I am "allowed" to eat. It's nice. And freeing. And surprisingly weird. 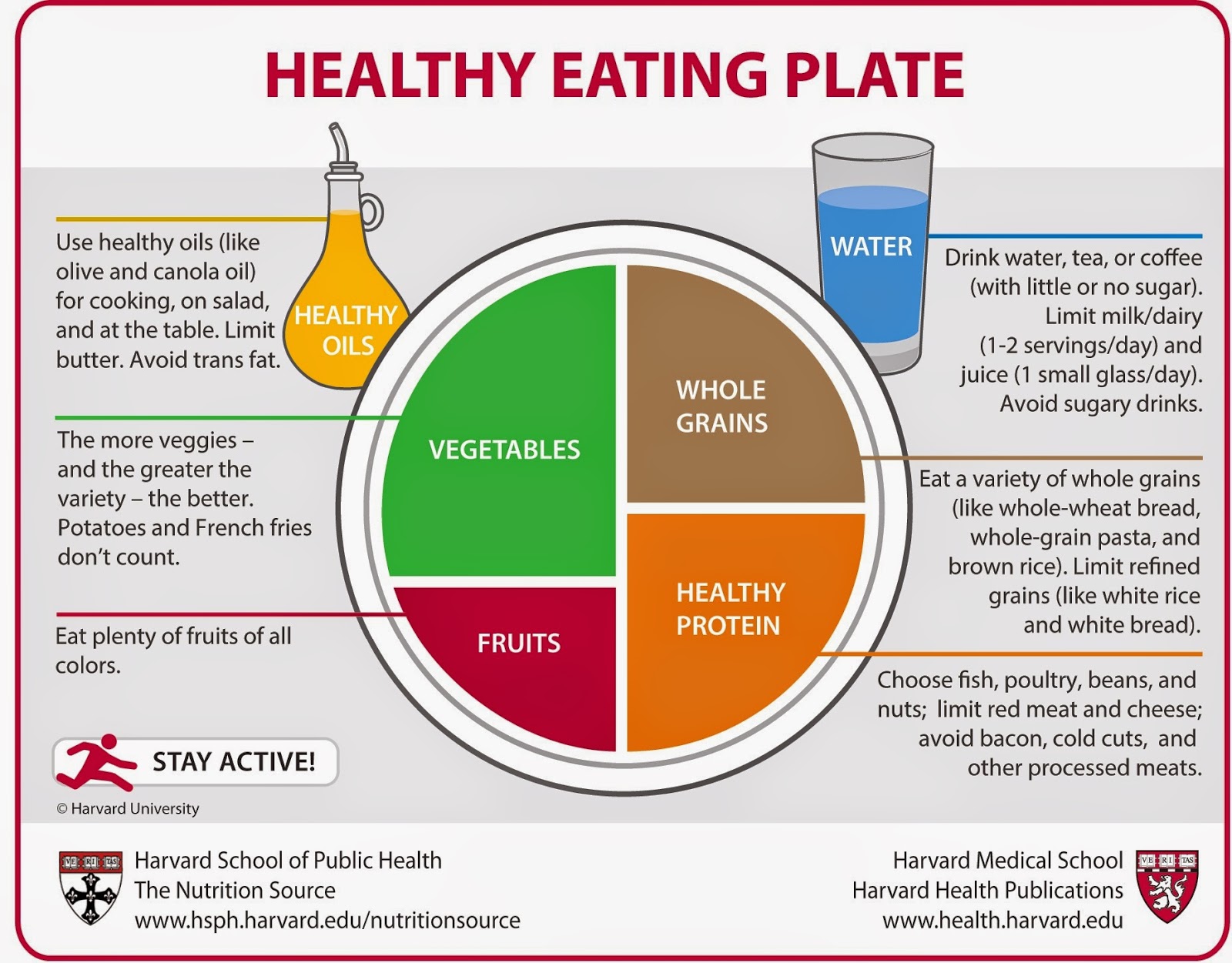 At each visit, I get a set of goals for the next 4 weeks. The first 4 weeks, I started using the plate method for my meals. The Harvard graphic is the closest to the one the dietitian drew for me: half the plate for fruits and veggies, a quarter for a starch, a quarter for protein, and a circle in the middle for fats. Super simple. She wrote some meal ideas for me. For example, a breakfast might be cereal, soymilk, and fruit. Lunch would be a sandwich with turkey, cheese and veggies with yogurt and fruit. And for dinner, which tends to vary more, use the plate method. She approved dessert two or three times a week and if I like something, even pie, she said to incorporate it in my diet occasionally.


I also learned more about fuel for workouts and found out that carbohydrates aren't evil. Not that I ever avoided them like the plague but I always felt vaguely bad about eating carbs, even knowing I needed them. It felt good to have permission from a pro. Any time someone would be all, "you shouldn't eat carbs" or "why aren't you gluten-free" I could shrug and say, "well, my dietitian..." Ha! I started having a snack with a protein and a carb before I work out. I have pita chips and hummus or graham crackers and peanut butter. And then after workout, a protein like a bar of some kind or chocolate soy milk.

Not too bad, huh? I kept a short food diary before my first visit. The dietitian looked it over and said we had a good foundation. Hearing how seemingly simple the goals were and knowing we already ate decently, I expected it to be a walk in the park. And I can't say that living up to the goals was hard, exactly, but it felt strange to eat...enough. Like I was doing something wrong. How messed up is that?

This is getting longer than I expected so I'll wrap it up with the results of the first visit. Like I said, no miracles. I took some before pictures but I will wait a little longer to share because there's been almost no change in my weight or measurements. And that's the amazing thing. I'm eating more. I'm not starving all the time. Fad dieting tells me the opposite should be happening, that the answer is always "eat less, exercise more." But that's not always the case. Three visits in, I'm starting to think it generally isn't that simple. Again, something I know, but hard to actually live by because of all the messages I get all the time about food being the enemy. I feel like there's some kind of first world problem commentary there. I really don't like the phrase first world problems but I can't find another that gets the point across quite so well.

So, no weight changes up or down but I am more functional in terms of stamina and strength. My staying power is better in classes I take and teach. I'm lifting 20 pound dumbbells for my heavy weights now and that's exciting. I distinctly remember moving up to 15 pounds a few months ago and telling Mike I thought maybe that was my max free weight because those 15s were so hard to curl!