In which we meet our internet friends

I've discovered that there are two kinds of people. One has internet friends. The other says, "you have what??" I never really thought it was weird but my Facebook page is peppered with people I've met on LiveJournal, through blogs, and even Warcraft. Not many, because I am rather paranoid, but these are people I've "known" for years or possibly know through friends I do see in person. Some of these online friends have supported us through the best and worst times of our lives.

My friend Shang is one of those. We "met" back in the early 2000s on LiveJournal when I first started blogging there and we frequented the same martial arts forums. I don't know exactly how, but over the years, we became real friends and not simply people who live behind pseudonyms. Shang got married and had a daughter not long after Autumn was born and I became friends with his wife Lisa, too. All online, of course. We talked for years of meeting up but they live in California and we're in Tennessee so it seemed a little unlikely.

Until my test! Much to my pleasant surprise, Shang and Lisa were willing to drive up to San Francisco. Not a short drive! And, on Thanksgiving weekend! I am so glad they did because it was fantastic to spend a day with them. The coolest thing? It was totally normal, in the sense of...it was the kind of comfortable like we always spend time together as families. 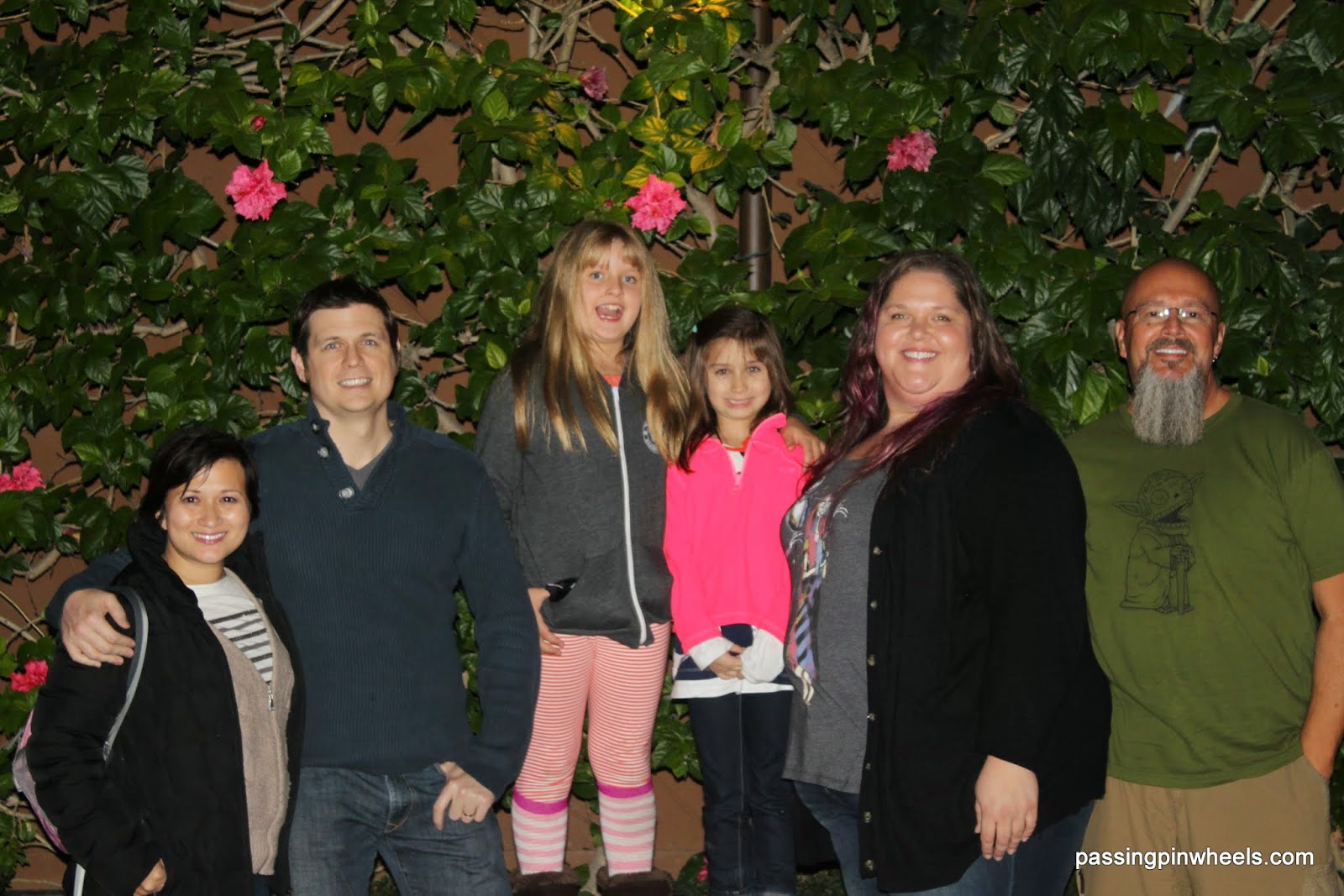 This one is even better... 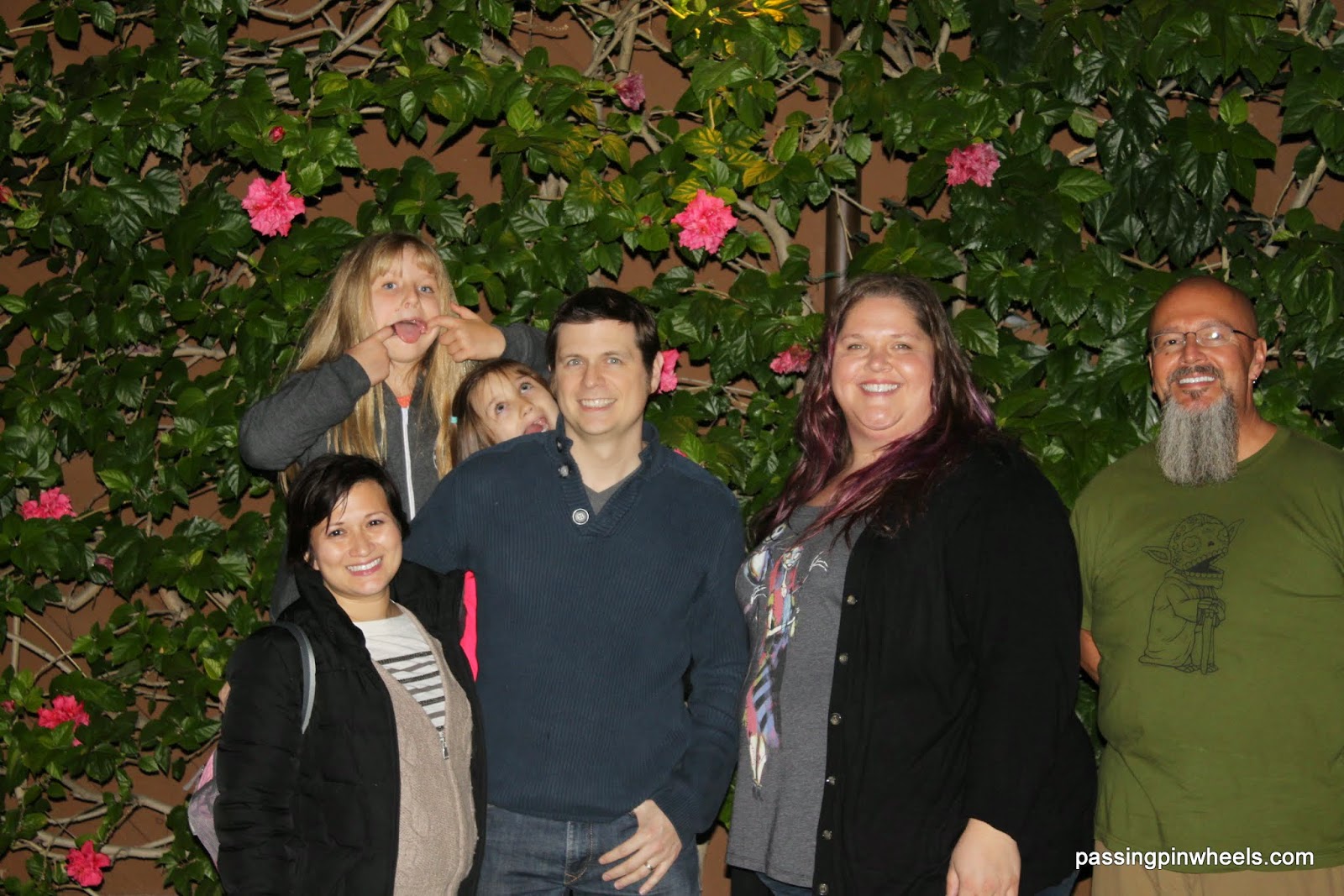 The girls totally hit it off. At first Autumn was in hiding mode but by the time we ordered breakfast they were chattering away like old friends. 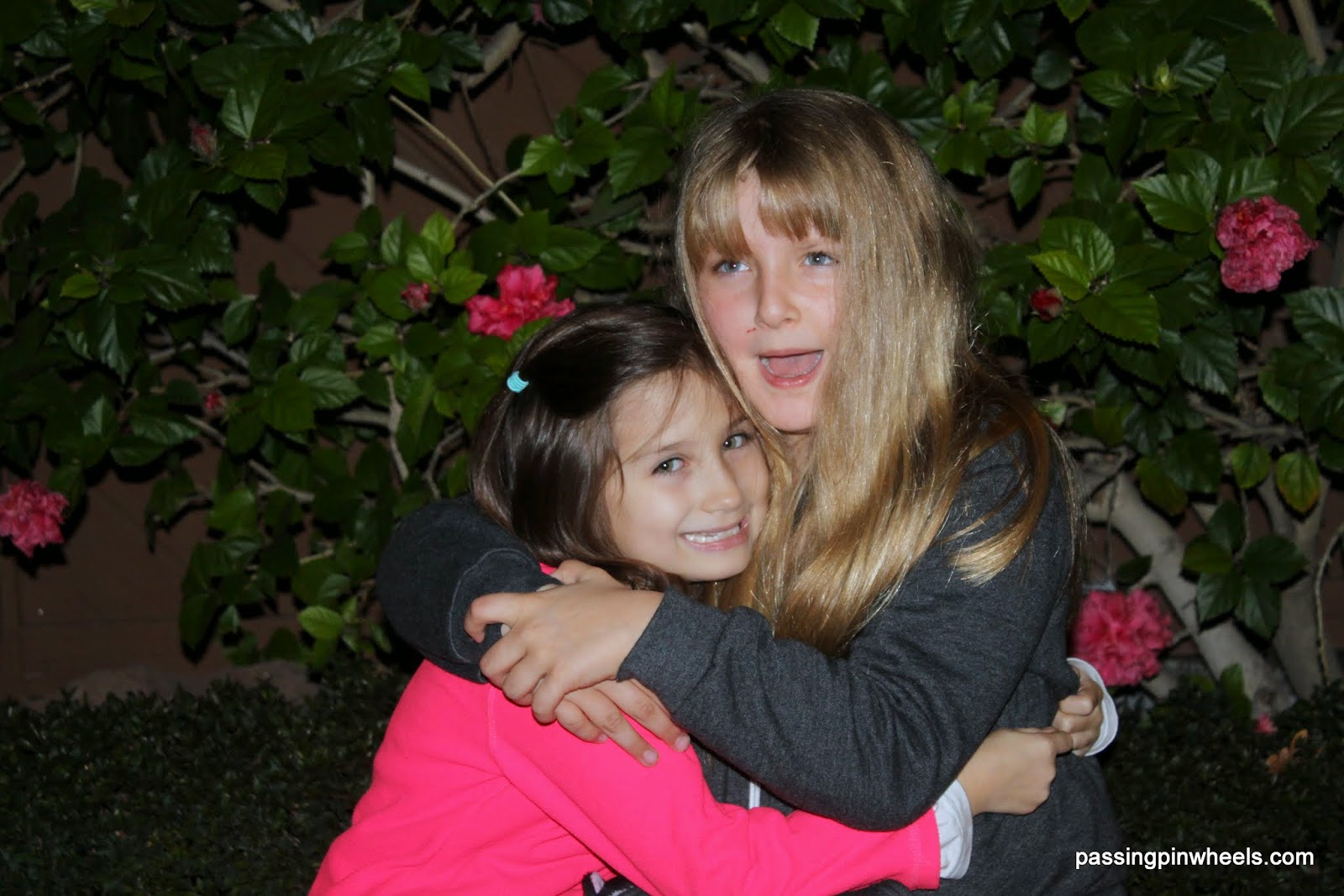 We talked about doing cheesy tourist things in the city but it was raining so we decided to go to Big Basin State Park. The drive was pretty incredible. I have a thing about heights and cliffs so I don't have any photos of the drive but I did peek over the edge from time to time. Once we got into the forest and there was less twisting, the forest was downright amazing. In some spots it was like being in a Jurassic Park or old horror movie. The scale of the trees is staggering. Even having wandered forests in many parts of the US, Mike and I had never seen anything like it. 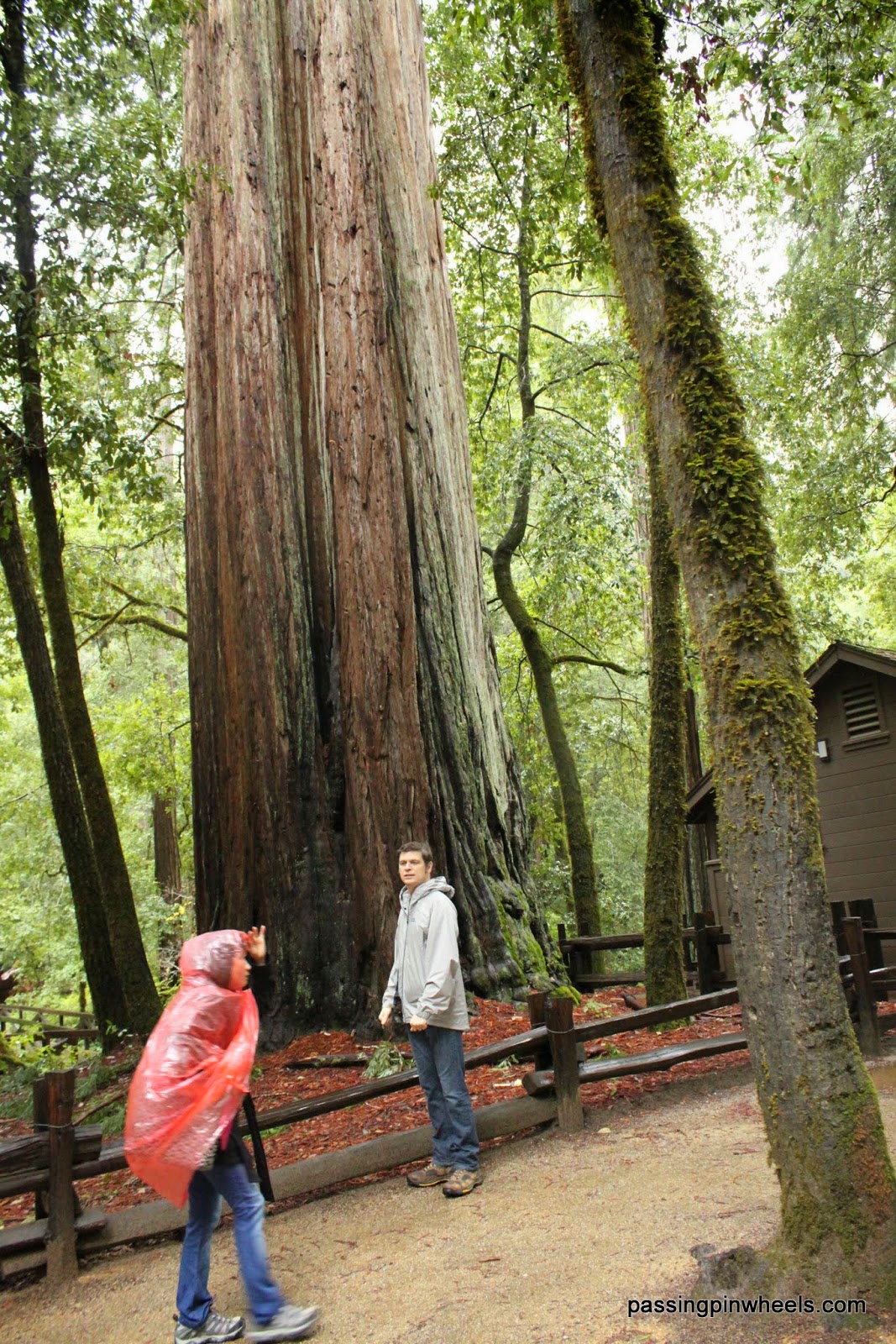 Also, the red in the corner of the photo below and the walking red plastic above: that's my mom! She joined us for this trip as well as the rest of the week. Anyway, how crazy is this? I told our friends and Mike that it was like taking pictures in the jungle in the Philippines. I took a bunch but they simply don't convey the reality. 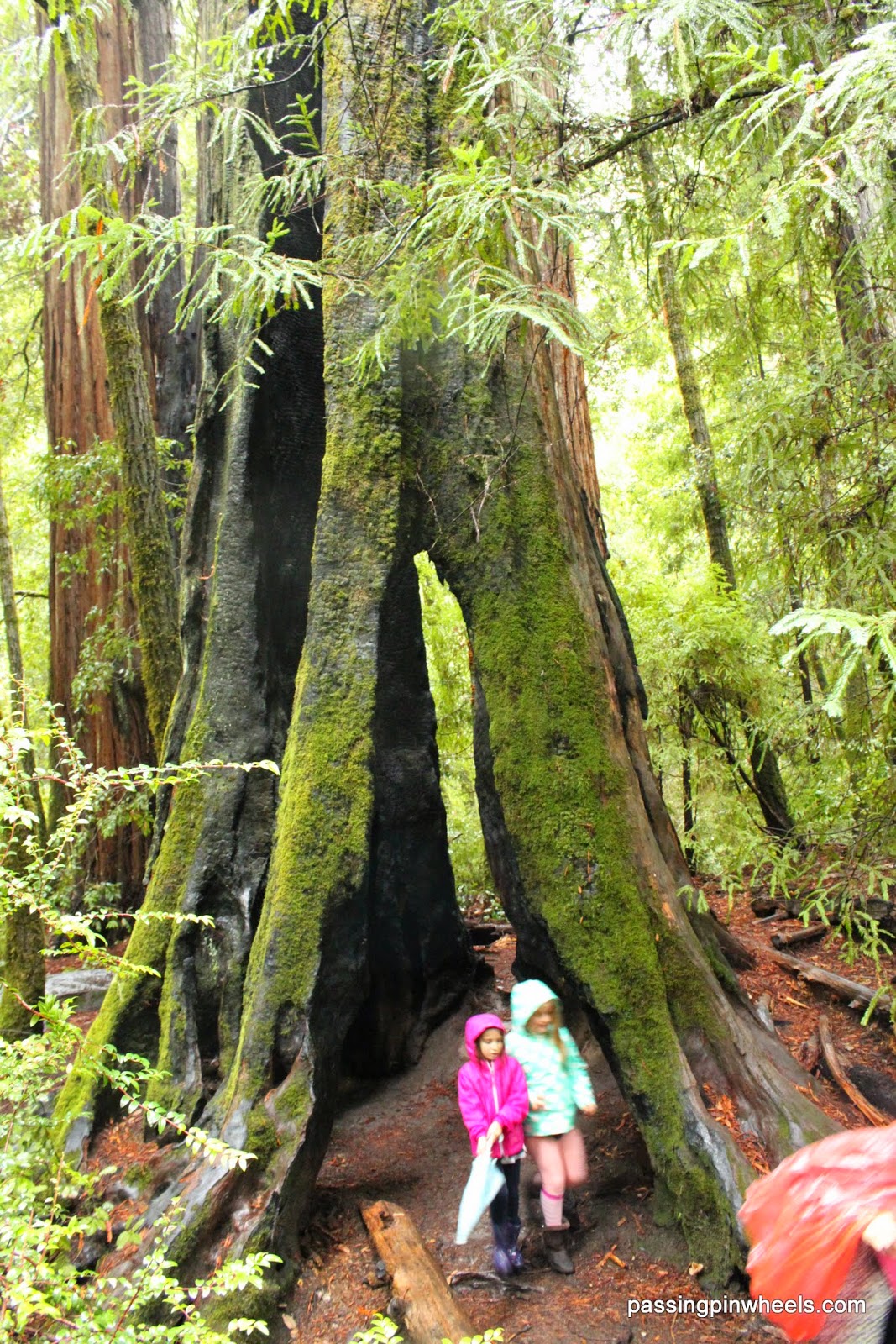 I mean, 329 feet is pretty crazy. And some of them were wide enough to drive a car through. 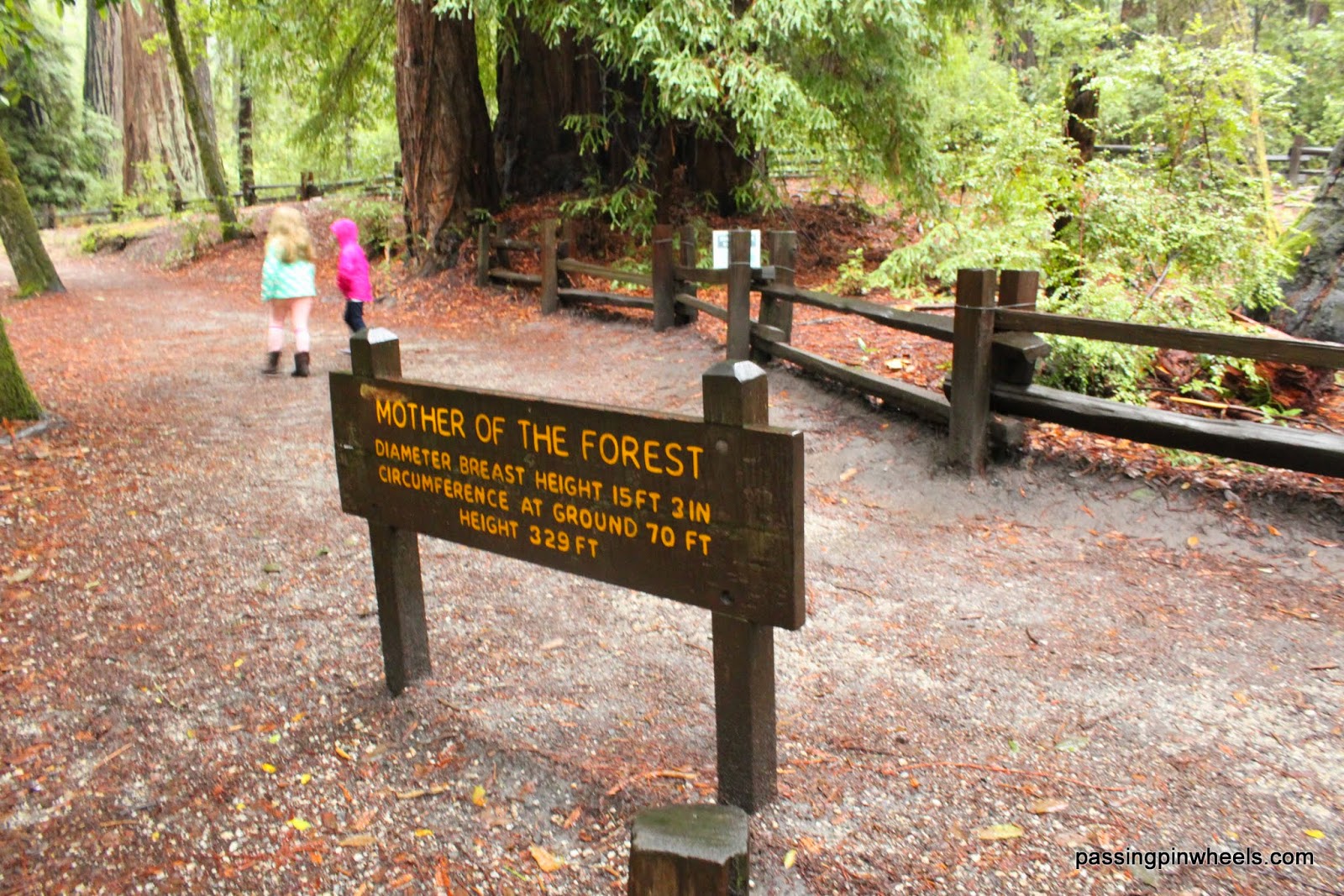 So, that's what we did with our No-Longer-Internet-Now-in-Person-Friends. We ate, drove, saw Redwoods, and had a great time together. I was joking with one of my particularly horrified friends that it wasn't like we were going to meet in someone's basement. By the chainsaws. On Halloween Night. Instead we met at an isolated state park surrounded by old, vaguely creepy wilderness. Hahahaha. Not really. It was pretty busy. Busy enough that Shang and I could only talk about martial arts and not actually do any. So, another trip is in order! This time to a place with access to a martial arts-ing without freaking people out area! 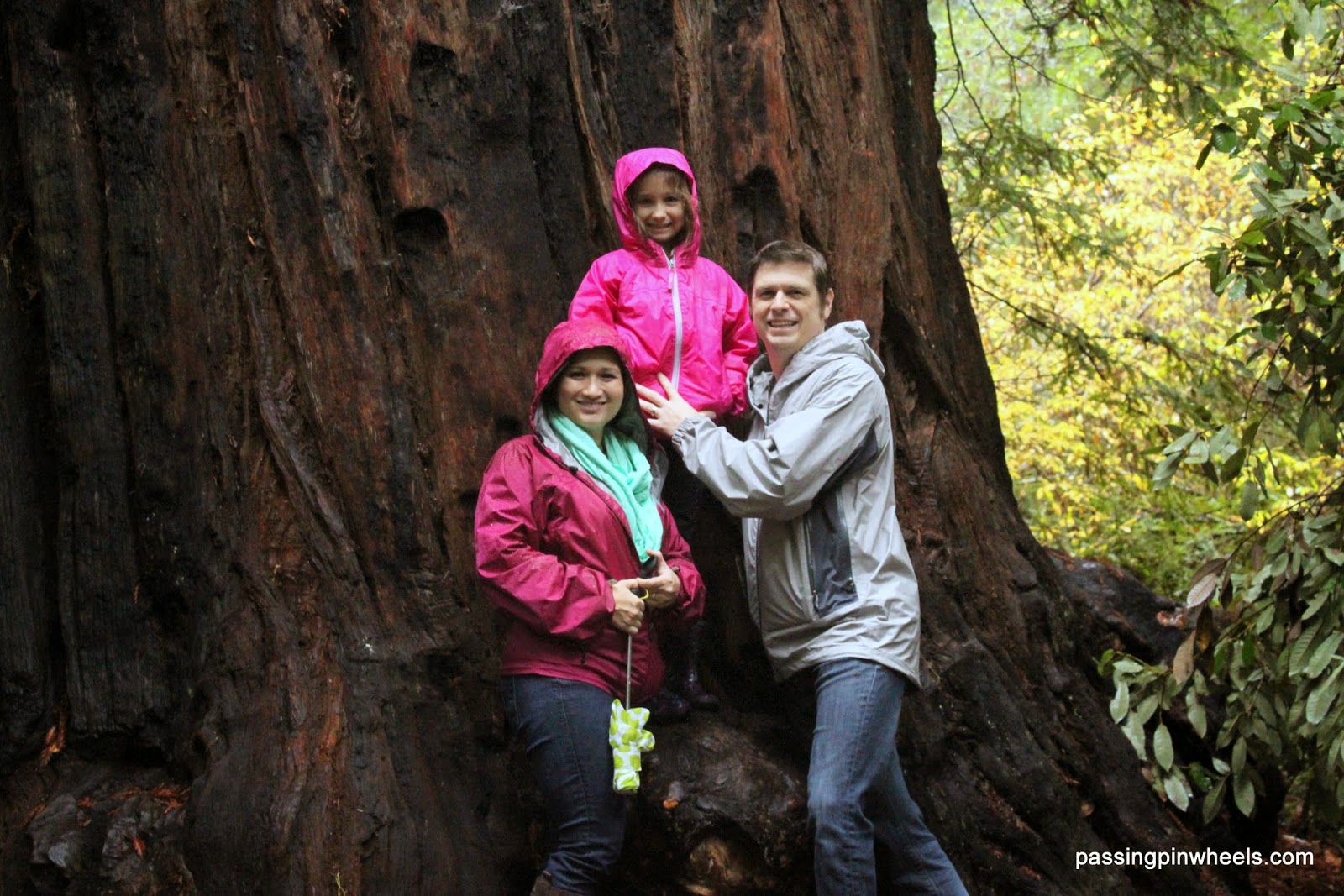 We'll definitely get together again sometime. I'm keeping an eye out for seminars in their part of the world. And the girls have been sending each other short videos. Autumn sent Lily a picture this week and she's all "I HAVE A PEN PAL, MAMA." So sweet. I feel like I had more to say about this but for now, I'll call it a night! Until next time, have some Autumn Feeling Trepidation about This Tunnel. 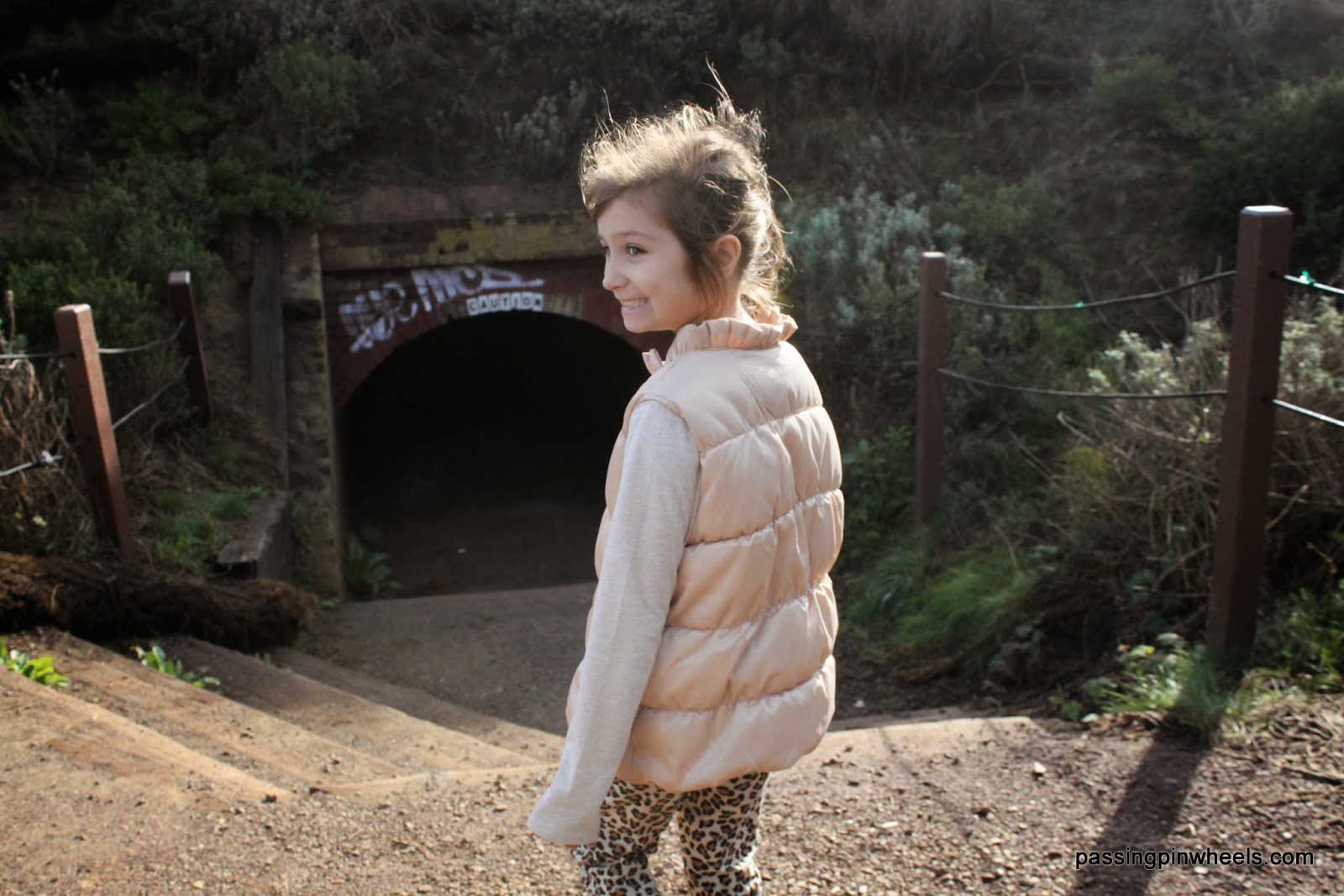 (If you missed it, check out my post on my test!)
Posted by Sharaze Colley at 9:41 PM