Well, for the folks who aren't following the Aikido school's Facebook page, I have news! A week ago today, I passed my black belt test! 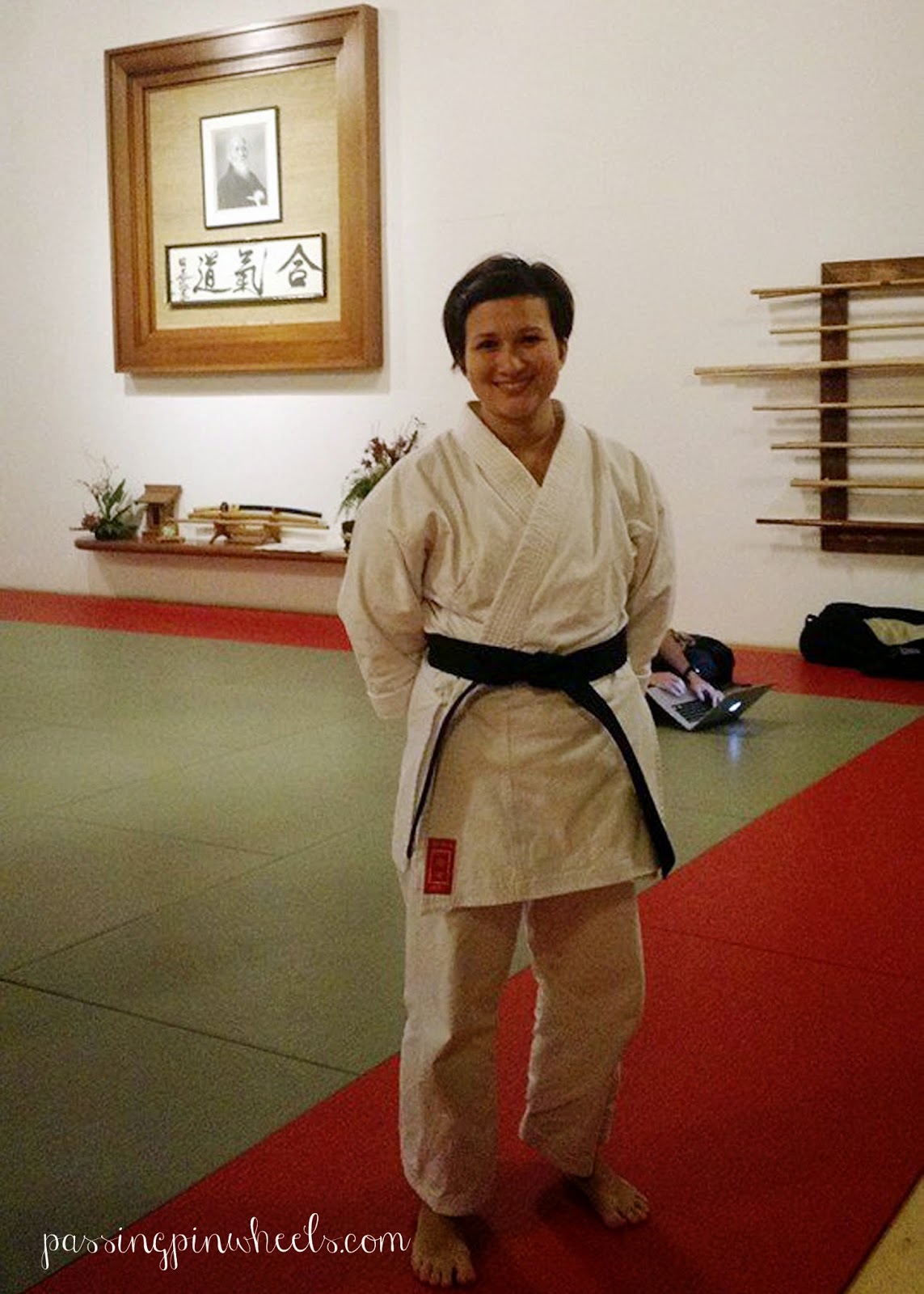 And then I came home Saturday and immediately got sick. I tested positive for strep throat. Oh, AND the flu. So that was fun. But, I feel quite a bit more human tonight than I have in a while so I can blog! I'm also very happy that I didn't pass it on to anyone, not even Mike and Autumn. Yay for good hand washing and prompt medical attention?

Anyway, last week was the craziness. We left for the Bay Area the afternoon after Thanksgiving and arrived very early on November 29. I'm glad we did it that way because we had a day to spend with some friends before I started training. More on that later because that was a big deal! I trained quite a bit Sunday through Thursday at Aikido West in Redwood City. Three to four or more hours a day. Some of it was class time. Some of the time was spent with students who were there simply to help me at lunch and after the evening classes.

I am unbelievably thankful for the students and instructors who helped me out. It's tough coming from such a long distance to train much less prepare to test. Stephan wasn't with me the first few days so it was all me. It took a couple of days for the terror that I was going to fail or they were going to hate me to go away but it finally did as I became more comfortable and got to know more of the dojo members. I didn't perform extraordinarily well in the beginning. It was partly due to the aforementioned nerves and partly because we, inevitably due to distance and infrequent contact (which is going to change), do things just slightly differently from the testing standard. It would have been, of course, super impolite to say, "I was terrible at that because we don't do it the same way," so I smiled and asked for help on how to do it properly. At one point, I was concerned enough about the differences that I outright asked after a particularly difficult run-through whether or not my test was even salvageable. Of course, everyone was nice and said things about polishing and not worrying but, seriously, not worrying WAS NOT HAPPENING.

It turns out that between their help and my, um, determination, my test went pretty well. I went first of two shodan exams and one yondan (4th degree) demonstration. I only slept two hours the night before the test and spent Friday afternoon with a stomachache so going first was GREAT. Pressure was off a little sooner! I did my best to remember the changes to the techniques, to keep slow, relaxed, smooth and steady, and to follow test protocol. Watching a test on dvd isn't quite like showing up for the real thing in person for the first time! There was a training break between each person and then we were individually called back to discuss our tests. If you come out in the new belt, everyone cheers. I asked someone if anyone ever came out failed but he said it was rare. Of course, I was all, SO IT HAS HAPPENED. Because it could happen to meeeee. But it didn't.

I'm not sure how much I'm allowed to share but I got really great encouragement from the testing panel during my post-test interview. The hard work was definitely worth it for the result. Everything I spent the week working on, I managed to remember and do under pressure which tells me I had a good foundation so I could learn and that I can adapt. That part was important to me. I needed to be able to make the adjustments to the standard with skill and good humor. And I did! Mike had some excellent and insightful parting advice for me before he and Autumn headed home. He told me that my ability to adapt that week was the mark of what kind of martial artist I am. And he, of course, said he knew I could do it.

I need to cut some of the interesting sections of my test video and post them but that will have to wait! In the meantime, I feel good about where I am, what I accomplished, and what the future holds. Most importantly, I feel good about the amazing friends I have here in Memphis who helped me prepare, the friends everywhere who encouraged me when I was down and wondering if I was going to make it through the week, much less the test, and the new friends who helped me get from scared and worried to passing my test with flying colors. 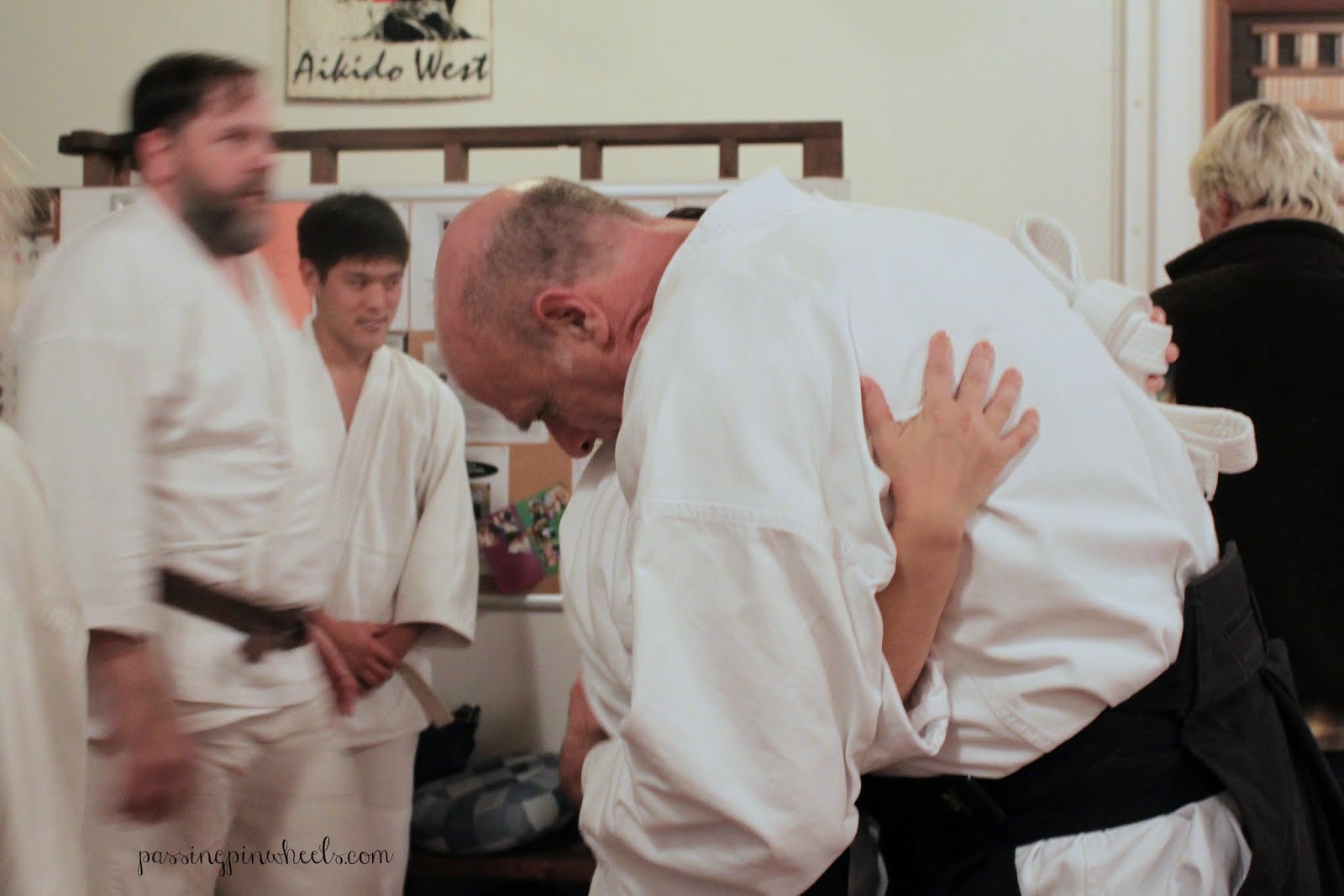 Thank you to everyone who prayed and encouraged and helped me in so many ways. I told everyone that this was a team effort and it was! If only I could have shared the effort of the flu and strep.......

I'll definitely write more about the trip and testing. This is such an abbreviated look at an intense week that tested more than simply my Aikido skills. And, of course, we did some touring in the Bay Area! Until then, here's the one of the first non-blurry photos of me doing Aikido in 2005 at age 25. I have better posture now. 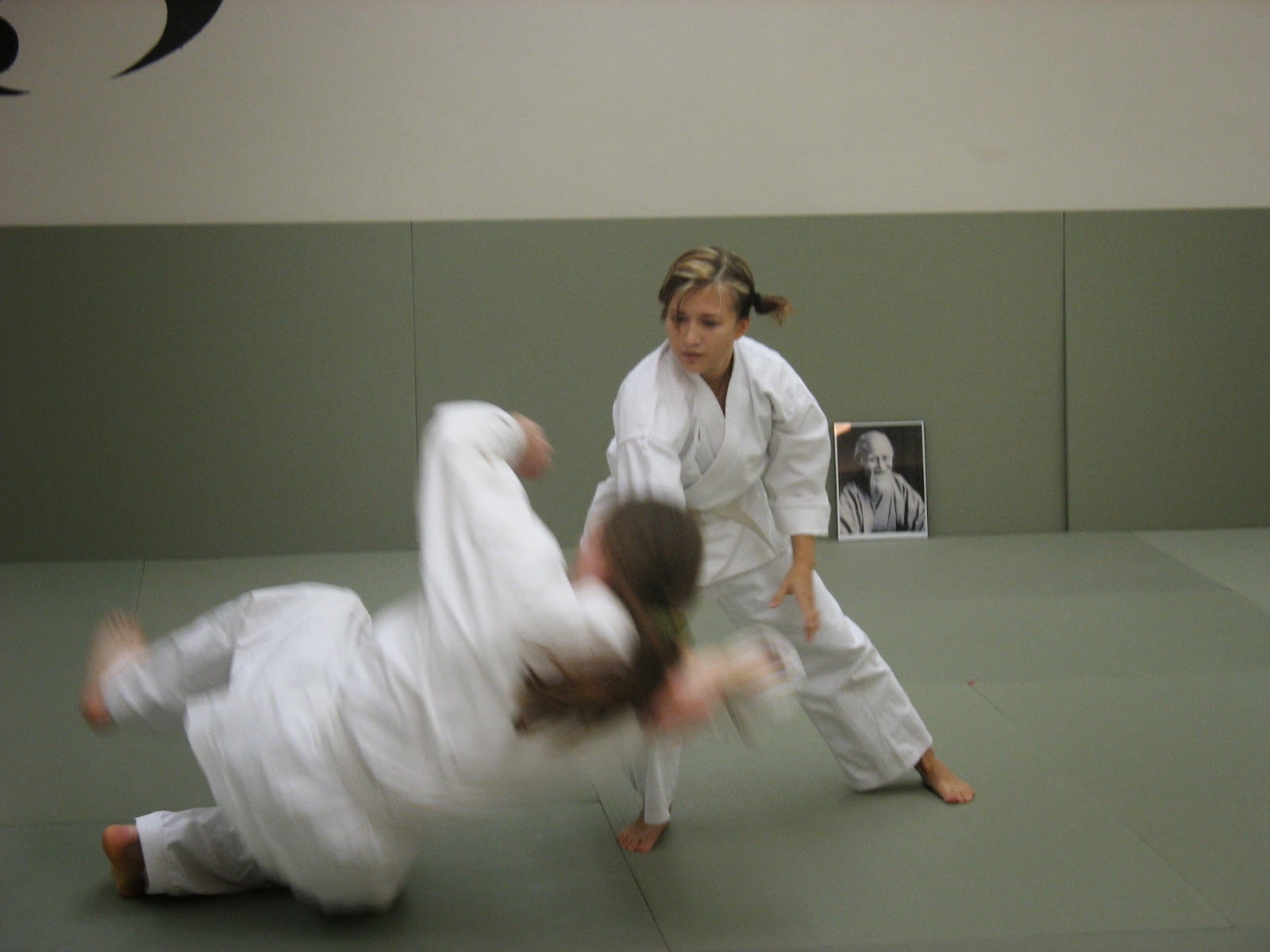 Posted by Sharaze Colley at 9:56 PM