We had a pretty fun holiday and hope you did, too! This week we're getting back to our schedules and closing out 2014 business so it's all crazy and a teeny bit stressful so I am going to have fun and post Christmas decoration photos! I lost the first two weeks of December between my trip to San Francisco and having strep and the flu. A decorator friend had planned to come help me decorate for our various holiday events as trade for some work but it didn't work out that way. I love Christmas so I couldn't NOT decorate so I put some things together. By the way, we did host Jerry the Elf! He isn't too mischievous and he certainly wasn't this crazy year but he brought his Acts of Kindness and spent Christmas Eve in the Nativity set. 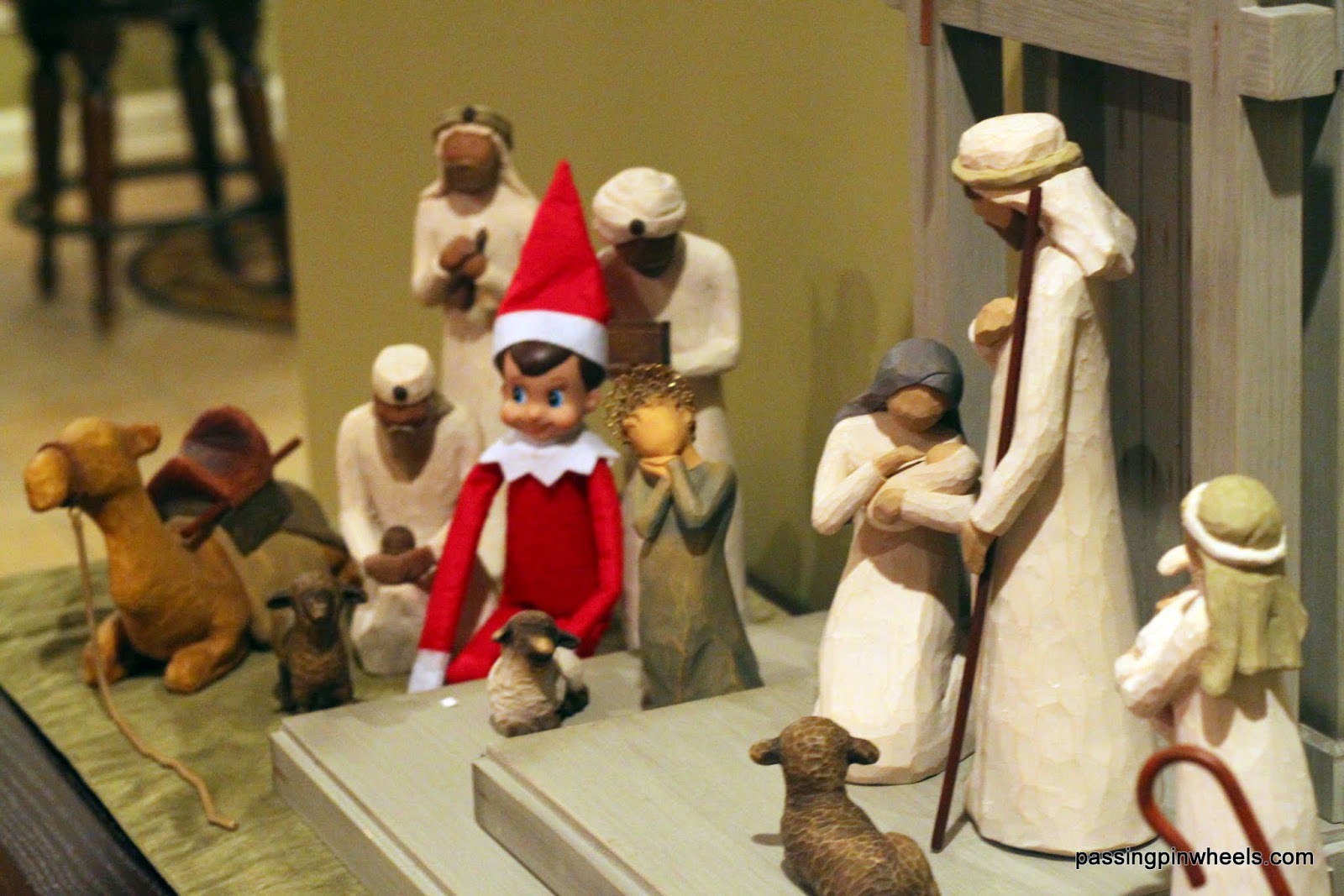 Half of our prelit tree didn't work so I had to add extra lights. After Christmas, the rest of the lights died so I guess I'll restring it after I get the ornaments off. No, I haven't finished taking down the Christmas decorations. Sigh. Do you see the propeller by the stack of sticks? Eventually that's going to go on the wall behind Mike's desk. Mike's sister in law's family was getting rid of it so we took it! 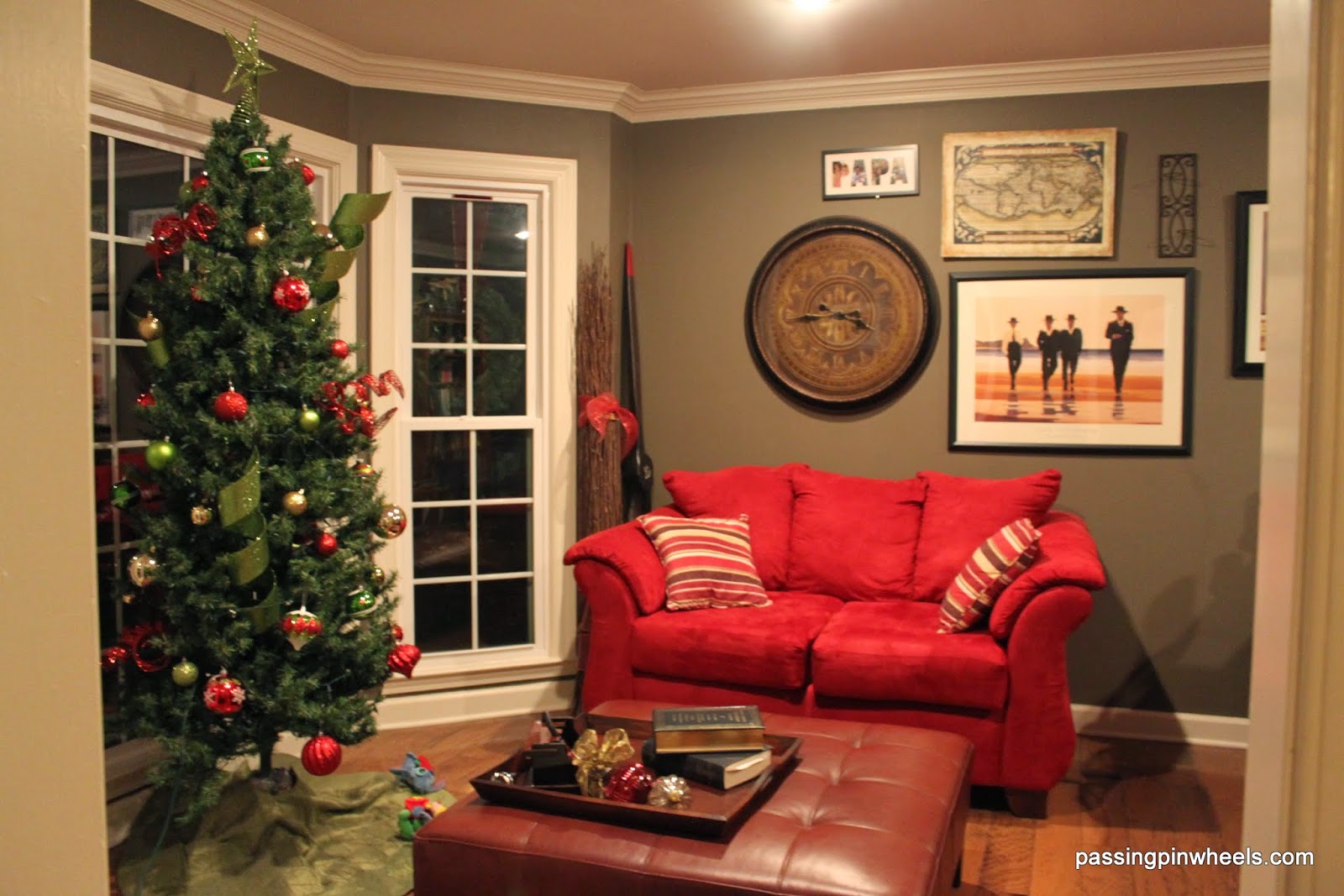 I HAD to show off my chalkboard. I didn't think it all the way through when I made it. I'm not very good at drawing so the word art has been sketchy. I copied this from someone, though, and I'm super happy. Plus, I can leave it up all winter, yay! This is the first year we put up this new tree. Penny gave it to us and it's fantastic! I love having some colored lights. 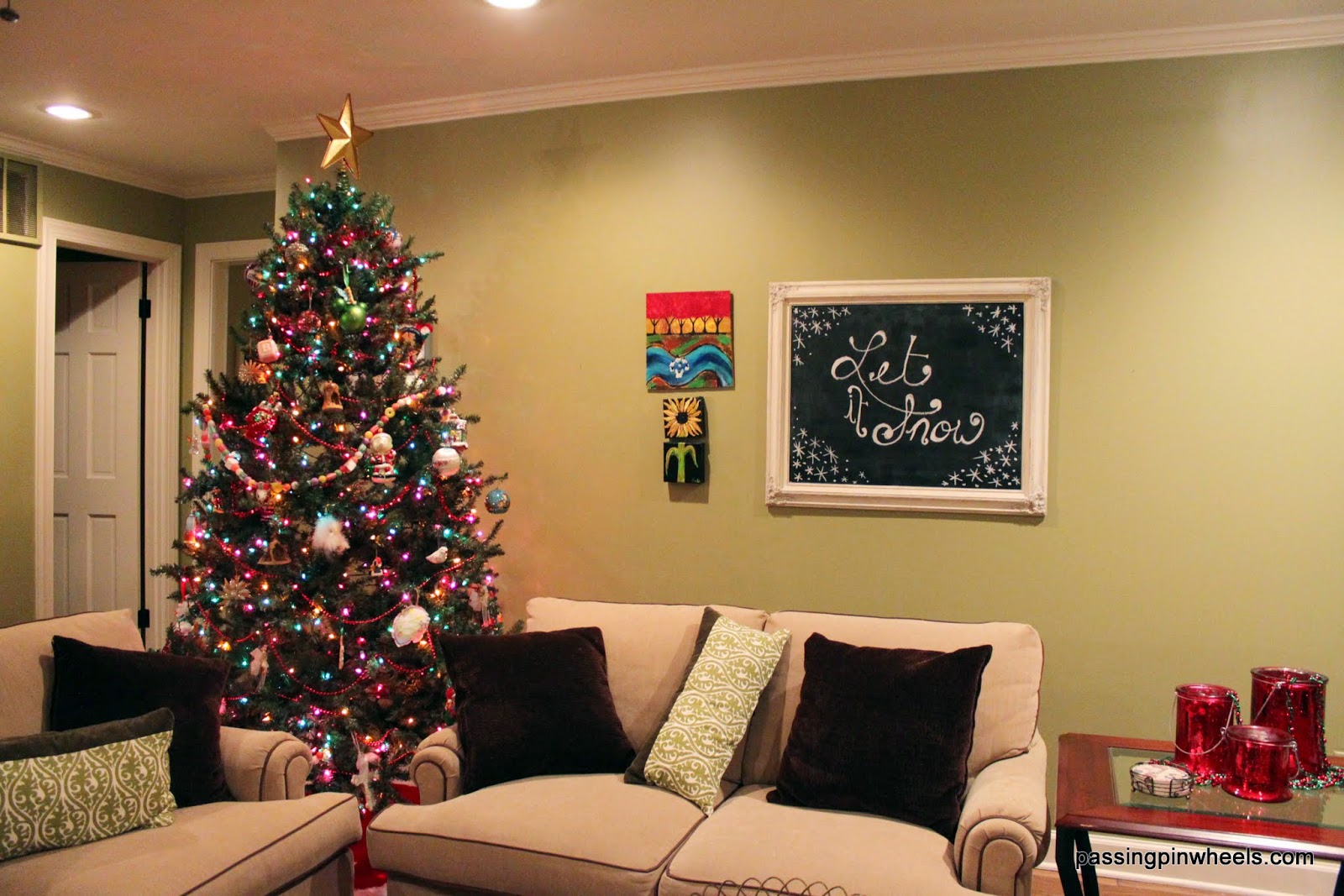 This Christmas wasn't too hard emotionally, other than the usual thinking about how the boys we might have adopted are celebrating and how much fun a 3 year old Garrett would have been. It seemed like we were so busy (or sick) that we didn't have time to dwell. The one hard thing was deciding to buy new stockings. I know this is so silly but I wanted to buy pretty stockings and holders but I put it off until Garrett. And then failed adoption 1. And then failed adoption 2. So, this year I said screw it I AM GETTING MY STOCKINGS. I shopped in person, which I rarely do, and found the stockings at Kohl's and the holders at Pier One. I originally got 2 gifts and two reindeer but the reindeer freaked Autumn out so I got two more gifts. Too funny. The fourth stocking is for my mom who spends the night Christmas Eve, by the way. Putting away the old stockings and our old holders and knowing there most likely won't be a 5th stocking on the hearth...it wasn't fun. 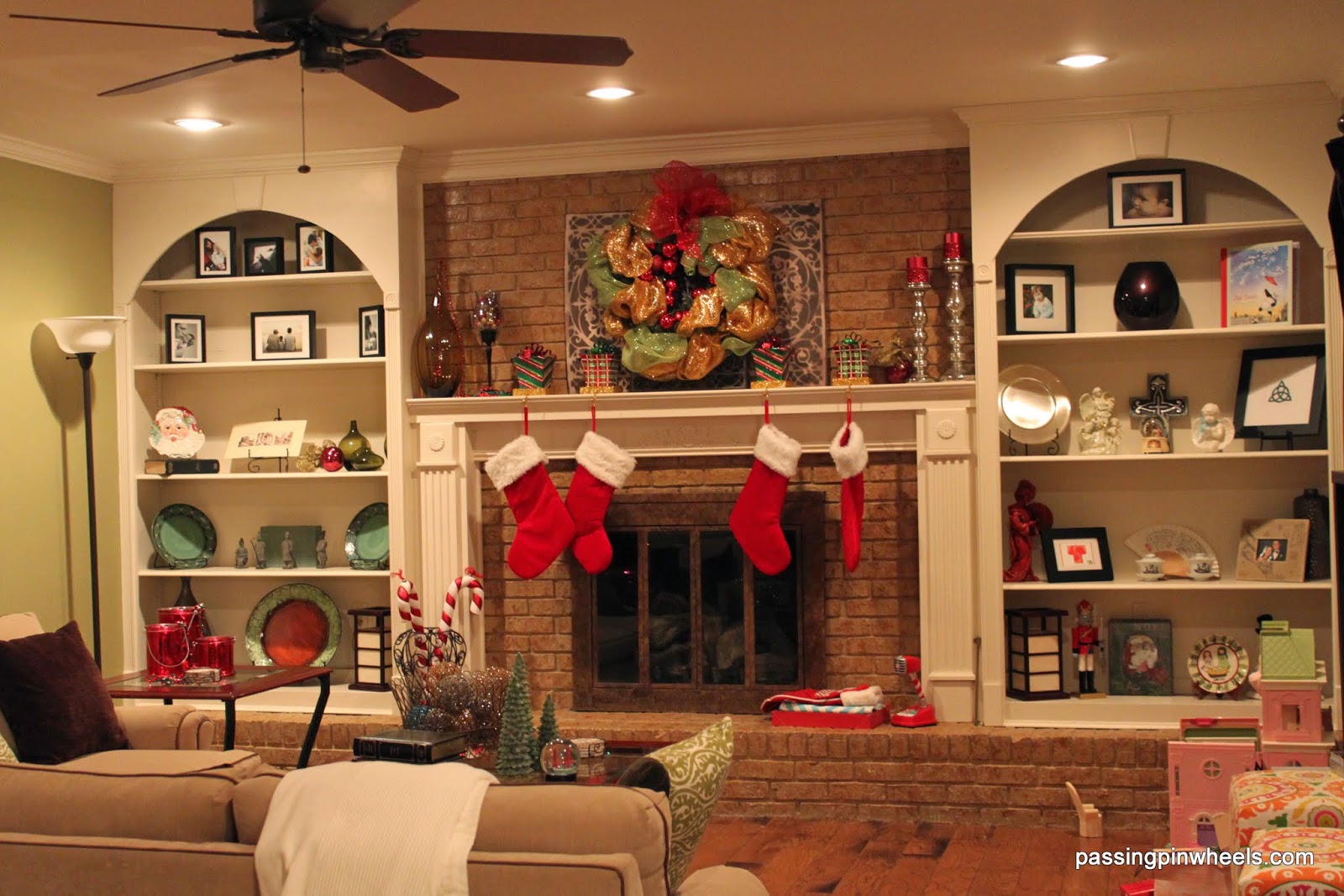 But, this kind of was. I have a really tough time doing the china cabinet because even with a step stool it's a pain because I'm so short. But I really like how it turned out. I wove in the lights and the deco mesh and added ornaments at the top and 4 of the big candy canes. I got to use my new apothecary jars. I've been collecting inexpensive ones at places like TJ Maxx and Home Goods ever since a couple of my big vases were cracked in various incidents. 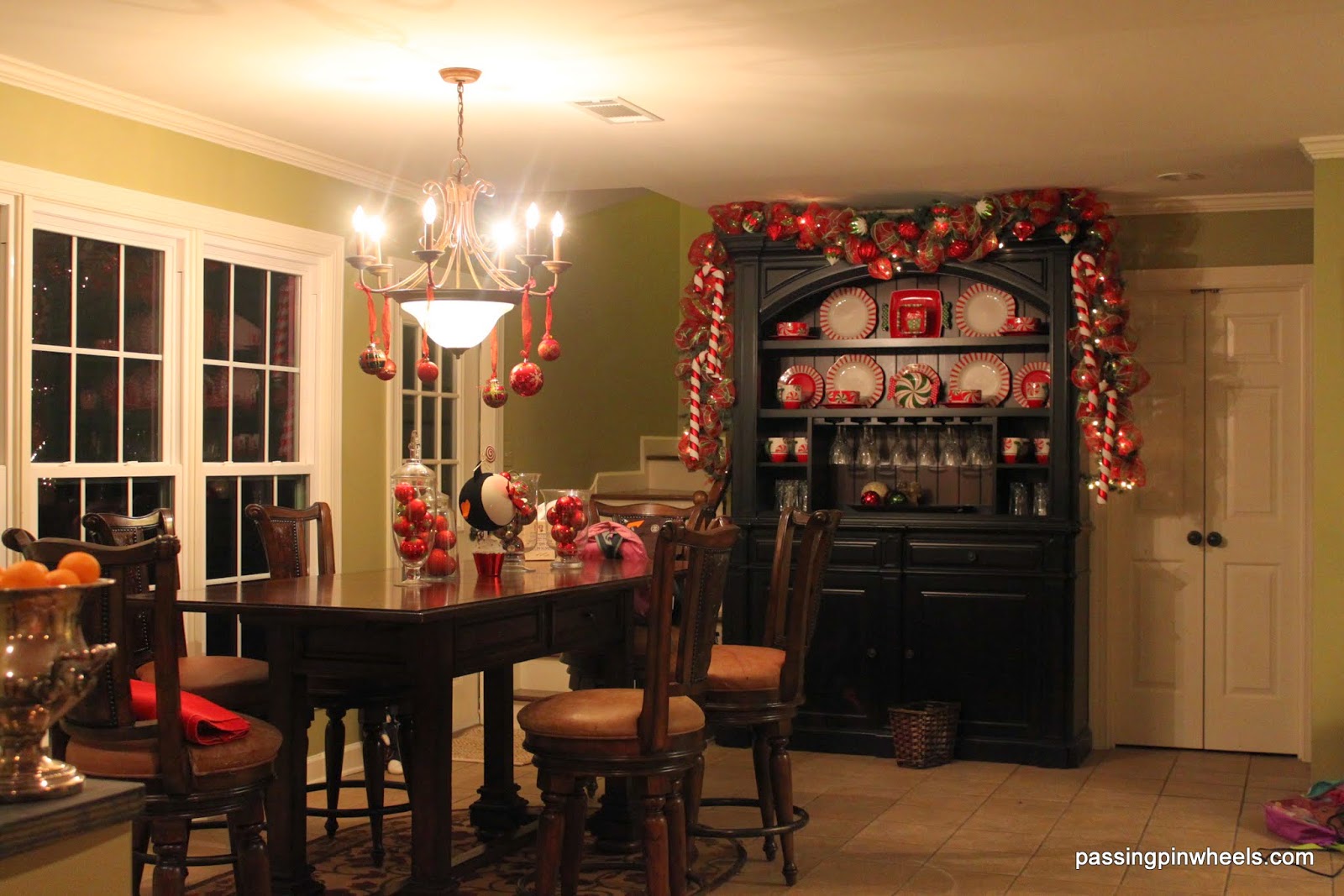 When I was out buying my stockings, I made an impulse buy. I was feeling super down and saw that happy little penguin. Isn't he adorable?? He made me smile so I got him, too. Plus, he fits right in, doesn't he? I need a runner for this table but I didn't see one  I like and I never can make the deco mesh runners like other folks so I quit trying. 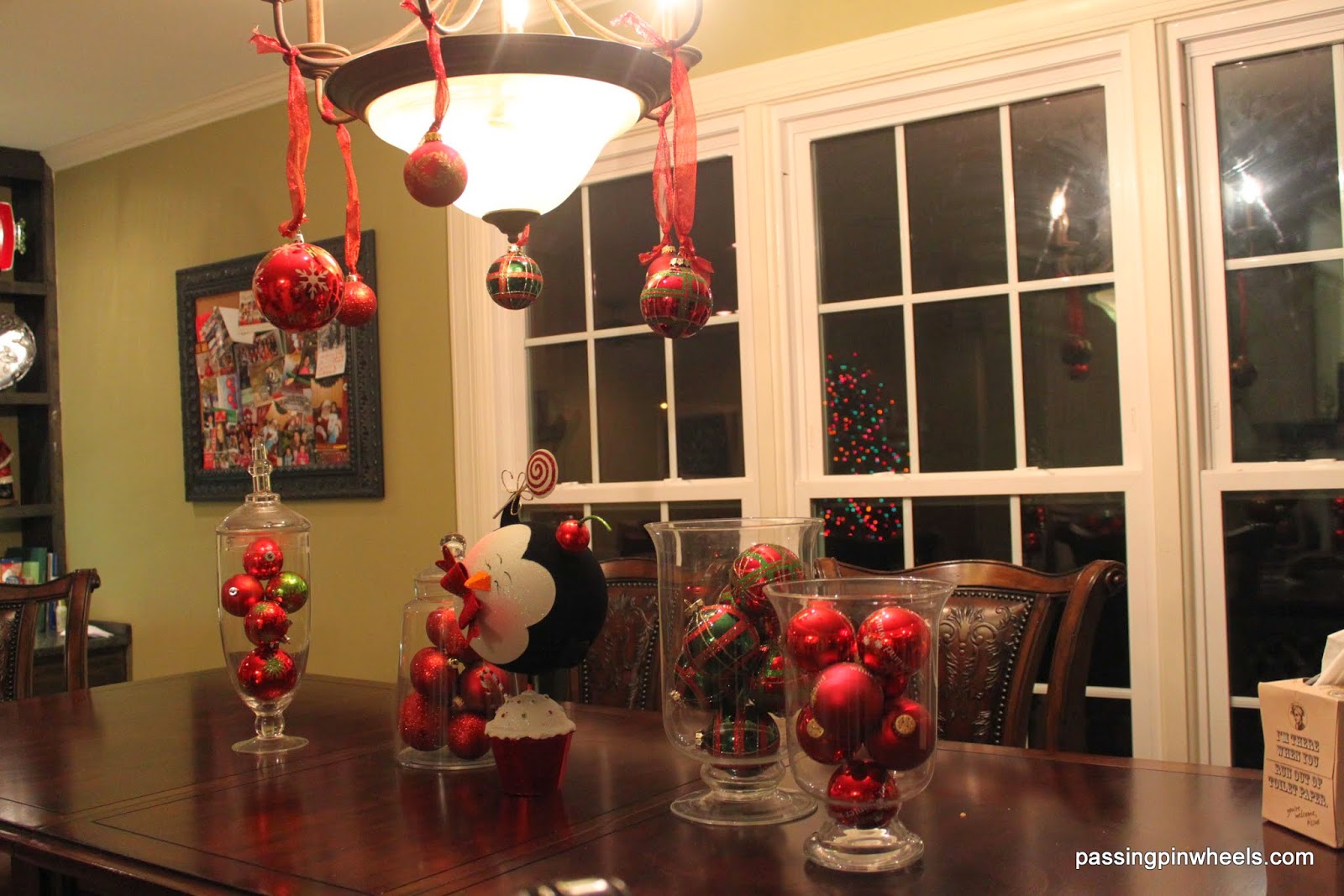 This side always looks so sedate in comparison to the crazy china cabinet. I used some real greenery for the first time. I never have because I have some fake stuff and I always wonder if the real thing will last from Thanksgiving to Christmas. I think it would? I figured I'd give it a go since they had some nice branches at Costco for a good price and I was decorating way later than usual. 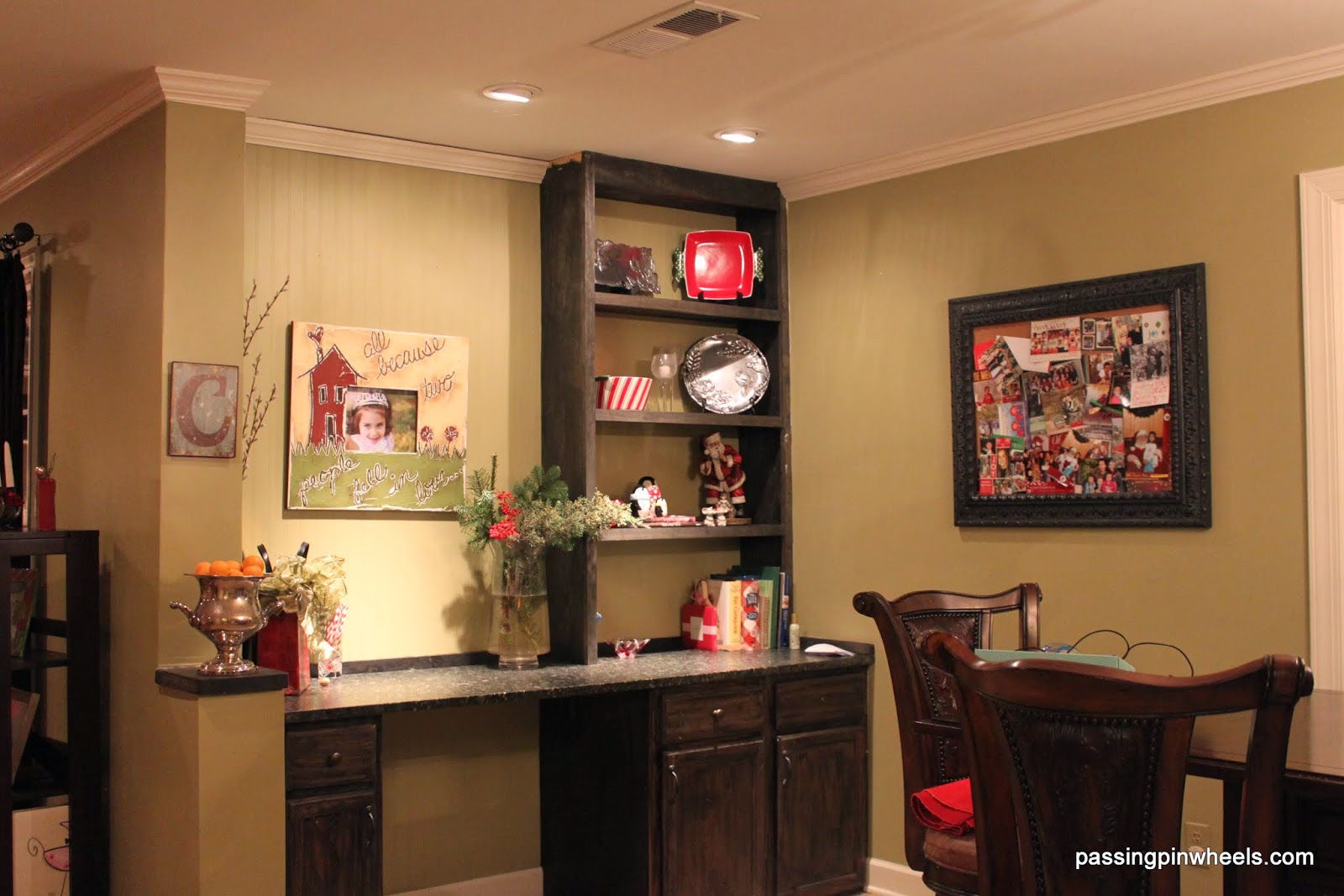 I put some more of the greenery in here. I always end up green and gold in my BLUE dining room but I guess it works. I have a lot of blue accents in my green living room so I guess I'm consistent at least. I love, love, love these LEDs I found on sale at Pier One. 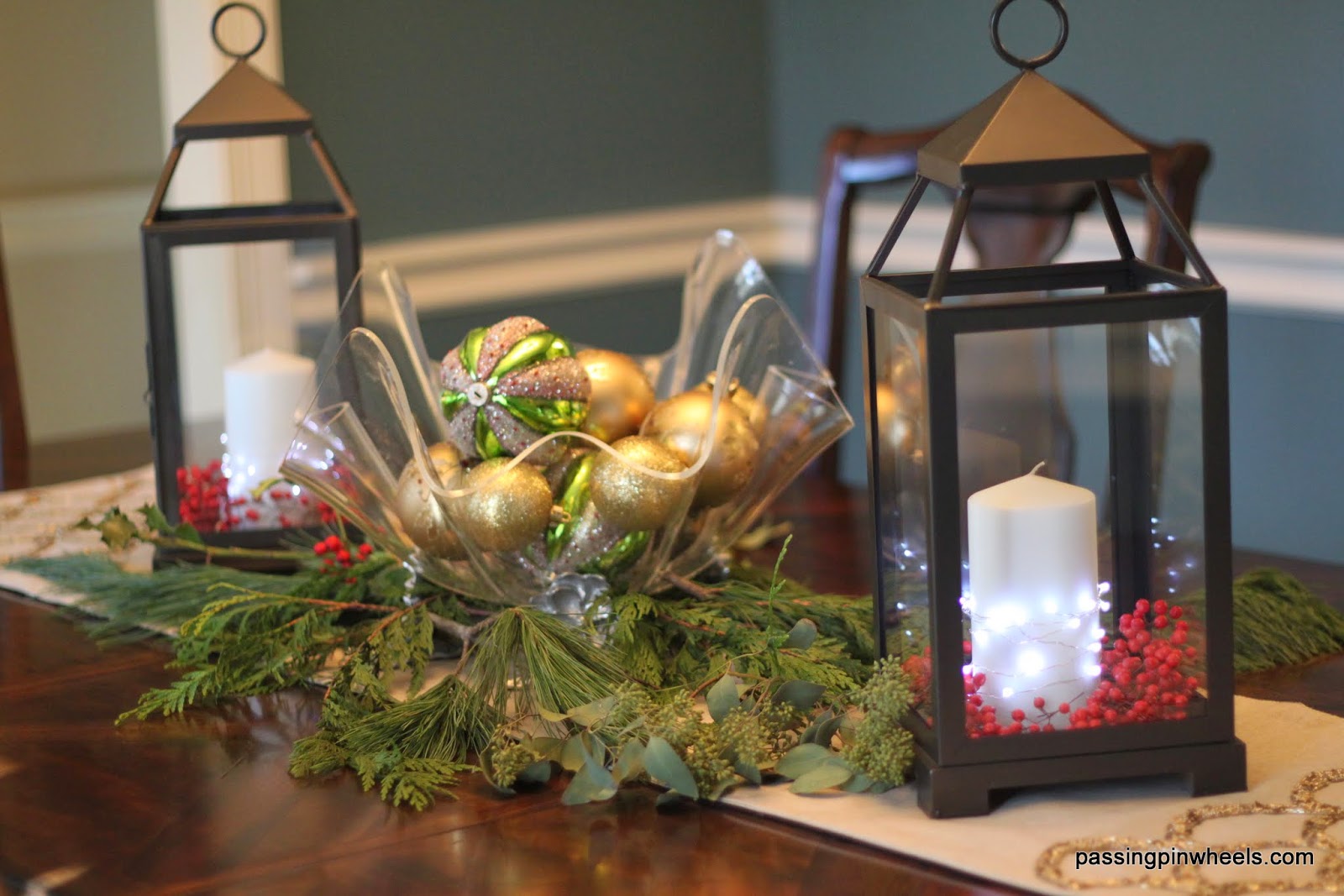 I saw a display similar to this and could not resist. I cut the berries from the nandinas in our yard. I believe they are poisonous to cats so I didn't put them anywhere Molly could reach them. Autumn was so enamored of the lights and lanterns that when we had friends over after New Year and for a New Year's Eve pajama breakfast, she wanted the kids to sit in the dining room. I even found some really fun gold placemats at Home Goods on clearance after Christmas! She felt SO grown up. 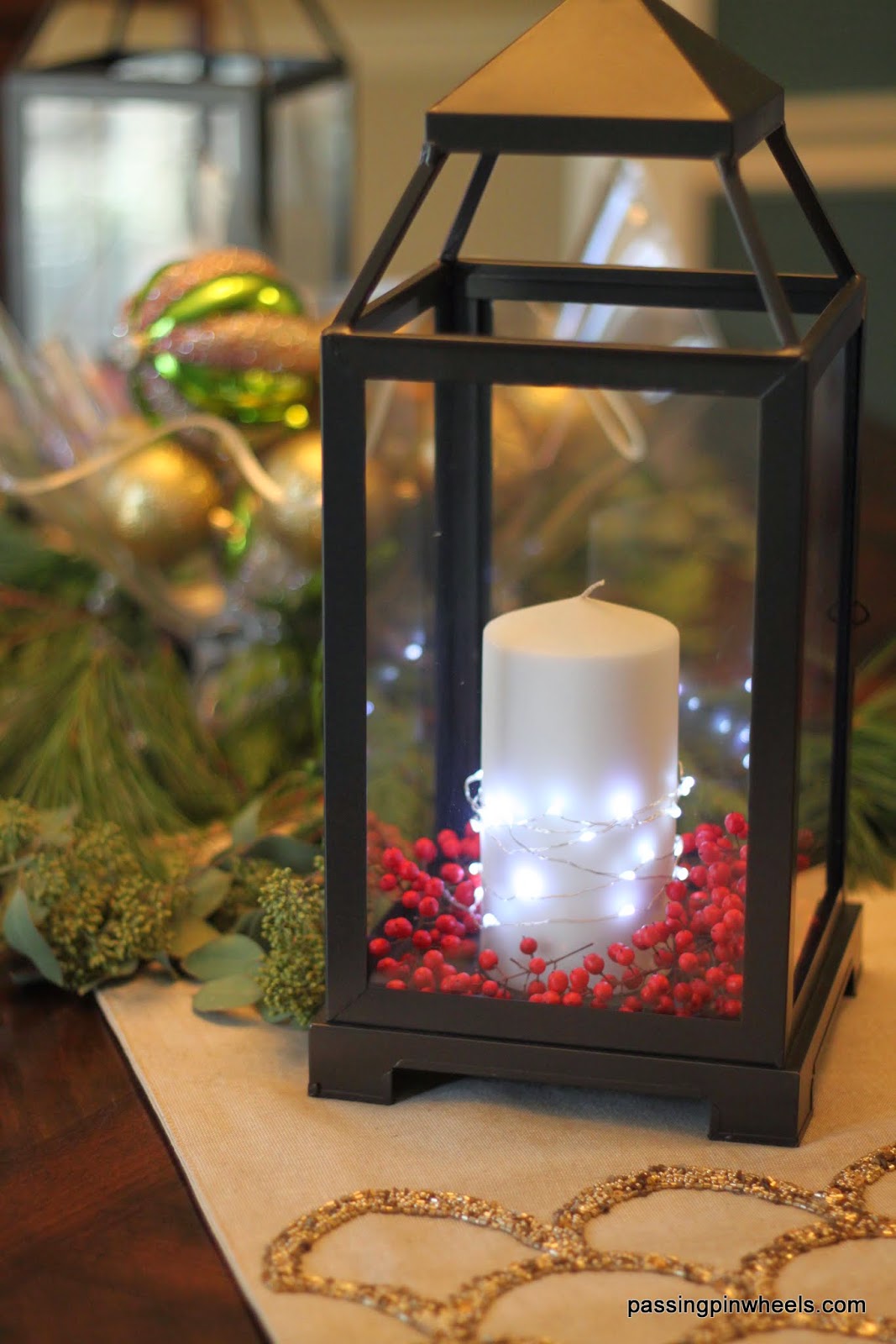 And that's it for Christmas at our house! I'll be back soon with more stories from San Francisco and another nutrition post.
Posted by Sharaze Colley at 4:49 PM