Wow, I didn't intend to take almost a year off from blogging. It's been a fairly uneventful 11-ish months since my last post and, frankly, it's been a season we needed. Although we haven't had any earth shattering events, a lot has changed this year. 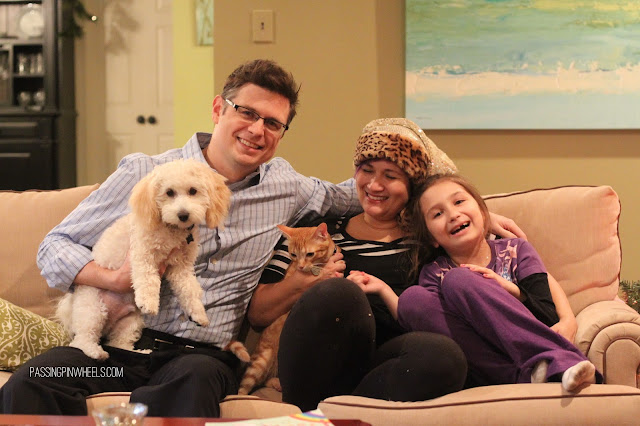 I think we're pretty well recovered from our adoption adventures. It was a rocky time and I don't think we made a mistake in trying to adopt even with hindsight being what it is. We've come to a comfortable place in our hearts that our family is the way it is and, if adoption is ever a path we'll take, it's not the one we were meant for now. It will always be hard and bittersweet but there's also contentment. Mike's sister Lindsay even had a baby a couple of weeks ago. When I was holding Emmy (twice Autumn's birth weight!!), I realized that...I'm good. Baby Time is over for me. Now, Miss Autumn? She isn't quite there yet! 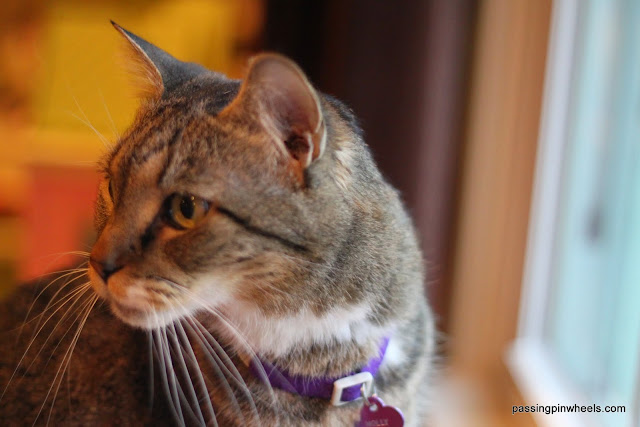 Our beautiful, funny, weird, and evil cat Molly passed away over the summer of thyroid cancer. It was super sad because Molly came to live with us the December after we married so we can barely remember a time when we didn't have her. But, she went smoothly and before she had a chance to suffer long. We buried her in the back yard and put a kitty statue over her spot. 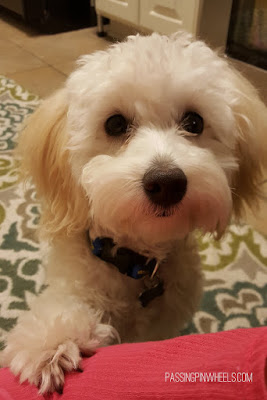 Three
Around the same time we found out Molly was sick, we got a puppy! We didn't think we'd ever talk Mike into it but, seriously, he loves Mr. Ollie. Ollie is a maltipoo we found through Real Good Dog Rescue. Mike liked maltipoos since seeing an episode of Too Cute featuring them so when I saw a facebook post about rescues from a breeder that closed down, I immediately got up and filled out the forms at 1am Monday morning. By Friday, Ollie came to live with us! He's great. Especially now that he's mostly housebroken and not chewing ALL THE THINGS. He even has an instagram...

Four
... where Butterscotch appears from time to time. Butterscotch is another rescue. He's the nicest cat in the world. If not the nicest, possibly the chillest. Autumn and I saw him, along with a few others, in the rescue area of Petco and convinced Mike to let us at least see if one of them was a good fit. I put each kitten in Autumn's arms and then in front of Ollie. We took home Scotch because he loved being held and didn't hiss at the overly enthusiastic dog. Oh, man. Best cat ever. 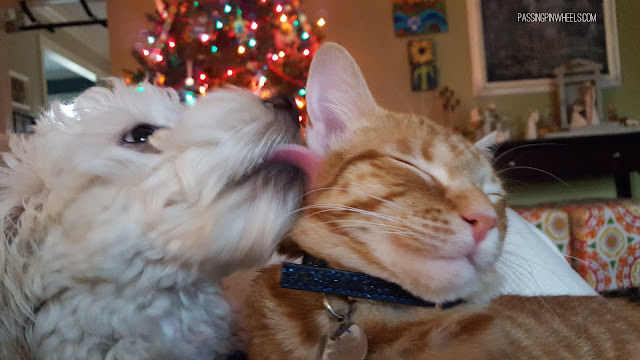 Well. I didn't expect to take a year off blogging and I certainly didn't expect to make my first post 90% about pets. I'll hopefully continue next week with the rest of our life changes, from powerlifting to going back to school! Oh, yeah, and purple hair. 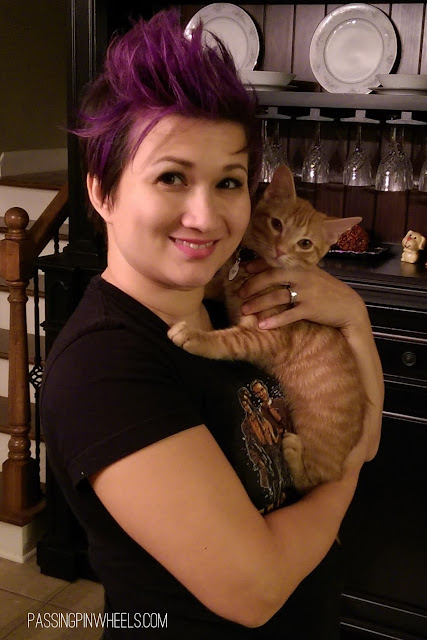 Posted by Sharaze Colley at 5:22 PM