It's an odd balance being thankful to be alive and also grieving the child I lost. Maybe in some ways it's nice because there's more than the bitter/sad/angry/cynical/nauseated feeling that's almost always the worst on Garrett's birthday. I told Mike that sometimes I'm sad because I'm so much less naive and hopeful than I was 5 years ago. I suppose it's good that I had some naivete to lose considering the whole drug addict parent thing but, still. It's always tough to realize the world is a little less shiny than it was. 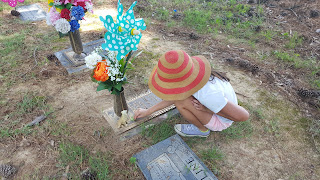 In five years, so much has changed. Autumn has two new cousins on Mike's side. The kids are all growing up. Autumn is nine what the heck. We've been on and off the adoption roller coaster and, frankly, we've been pretty damn happy since we stopped living on the edge of our seats and realizing that sometimes, maybe even often, the answer is no. We're visiting a church down the street. The faces around our table of friends have changed because of life, life stages, distance, and time. Mike's sister Lauren got married. My mom has a boyfriend which is craziness and kind of adorable. I have an entirely new career and started college again in January. The aikido dojo has moved twice and grown like crazy. I have two black belts and a whole new set of classmates. I deadlifted 155 pounds which is 35 pounds more than I weigh. We got a dog named Ollie and lost Grumpy Molly and then we got a cat named Butterscotch, ending the rhyming animal name trend. I chopped my hair off. Autumn has a green belt in Aikido and is kind of amazing at it. And Mike has found a new love of weight lifting, much to my delight. 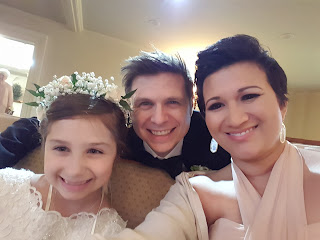 He'd be getting ready for kindergarten. Getting ready to go with us to Ireland to meet Mike's new boss. Would have been a ring bearer in Lauren's wedding. He'd be walking and talking and drawing and driving Autumn crazy and...and...maybe. Who knows. My friend Tamara quoted Whittier today, "For of all sad words of tongue or pen, The saddest are these: 'It might have been!'"


I have been talking about doing such a thing since I was 19 but Mike and I came to a decision that this was the right time for me to get my first tattoo. After a lot of research and thought, I went to Vanessa Waites at Underground Art. I told her my story and, after Lauren's wedding, I got my in memory of Garrett tattoo. She did an amazing job, creating art for the inside of my right bicep I never would have come up with on my own. It's all there, the quote, the pinwheels, the bunnies, and some watercolor leaves for Autumn.

Back in July 2011, I first posted the poem by Christina Rosetti.
Who has seen the wind?
Neither I nor you:
But when the leaves hang trembling,
The wind is passing through. 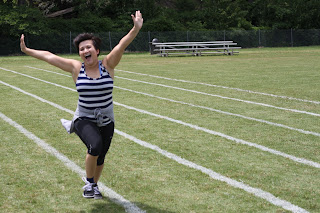 Is still means so much and I still have hope, even if I do feel a little naive about it sometimes. Life is good these days. I have no survivor's guilt. Anymore, at least. I get a little stronger all the time and if I feel a little stab in my heart every time I reach a goal, well, maybe it's just a reminder, like the wind.
Posted by Sharaze Colley at 2:51 PM